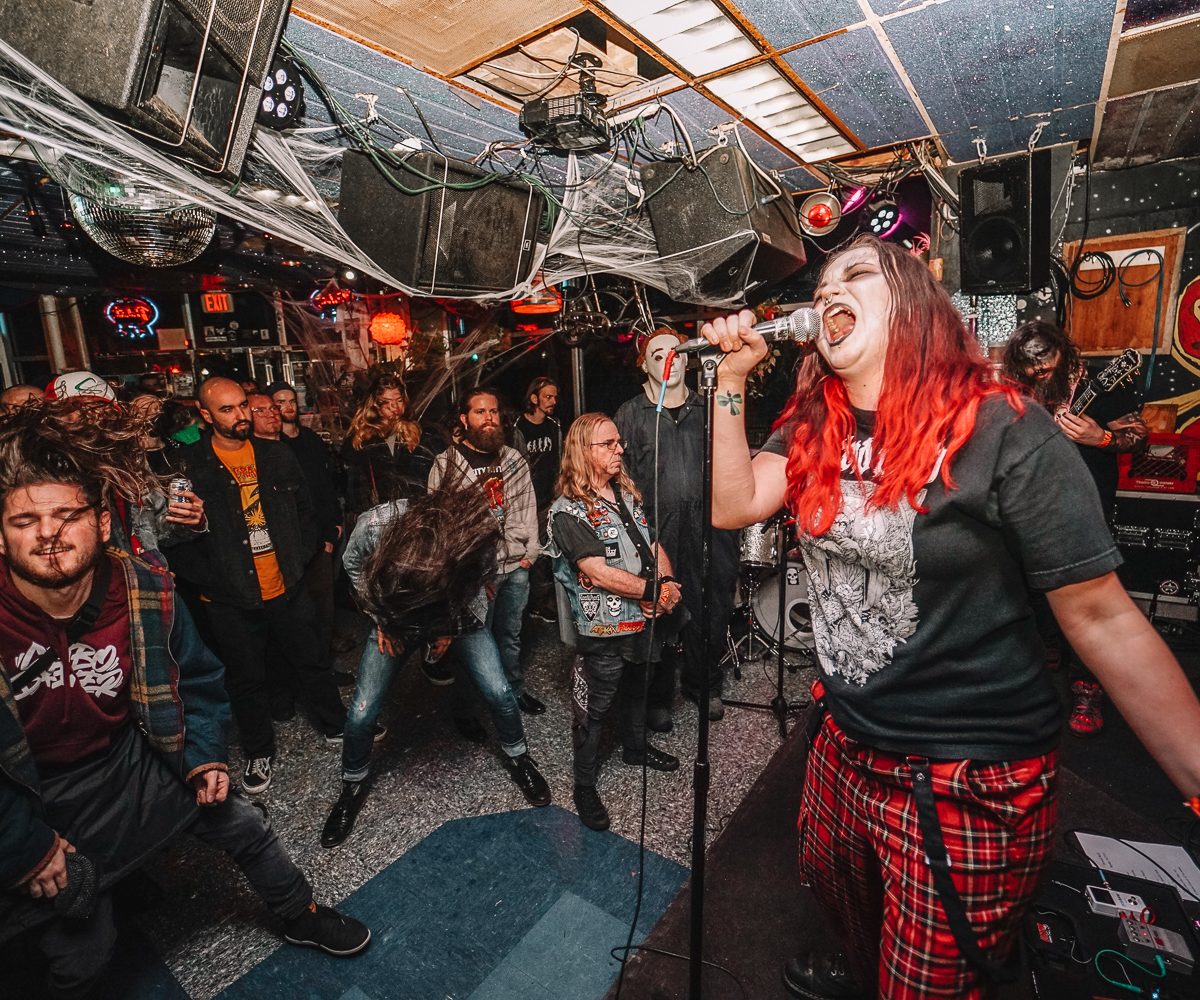 It always happens this time of year… metalheads come out of the woodwork, let their flowing locks down, and howl at the moon (or howl at the Replay). It wouldn’t be Halloween weekend (Halloweekend?) without at least one good metal show to start us off, but Thursday’s set from Horned Wolf was one for the books.

With new vocalist Sav leading the way, this was hands down one of the best local metal shows we’ve seen in years. It felt like the band did nothing but practice during the entirety of the pandemic. Sav’s powerhouse vocals set the tone right away, conjuring up the packed audience into a frenzy. Between their vocals and the band’s crazy-good (like, seriously, right-on-point) guitar riffs, the metalheads were brought to their knees. It was like watching the movie “Airheads” come to life. People were headbanging all over that room. One reveler even got their superbly long locks stuck in the Replay’s spiderweb Halloween decor. I mean, it was like a Cousin It convention. There was hair everywhere.

The change in vocalist proved that the band was more than just the attraction of their previous extravagant frontperson. Horned Wolf truly is a metalhead’s band. The sound was as crisp as an ice pick, and every song felt so different from one another, growing with excitement with every furious guitar solo. They were by far our favorite surprise of the season. They bring a, dare we say it, sort of positivity to the metal scene that we haven’t seen before. It could be a trend, if we all play our cards right (as in, it would be really great if we could keep homophobes and nazis out of metal). But for now, we’ll take it for what it was: the best start to Halloweekend a metalhead could ask for.

Rounding out this hell-of-a-lineup were Pit Hag (Jesus, is that guy 6’4″??) and White Line Nightmares. Photos from the night below.

Alien Hellbop released a 90's alt-rock dream of an EP