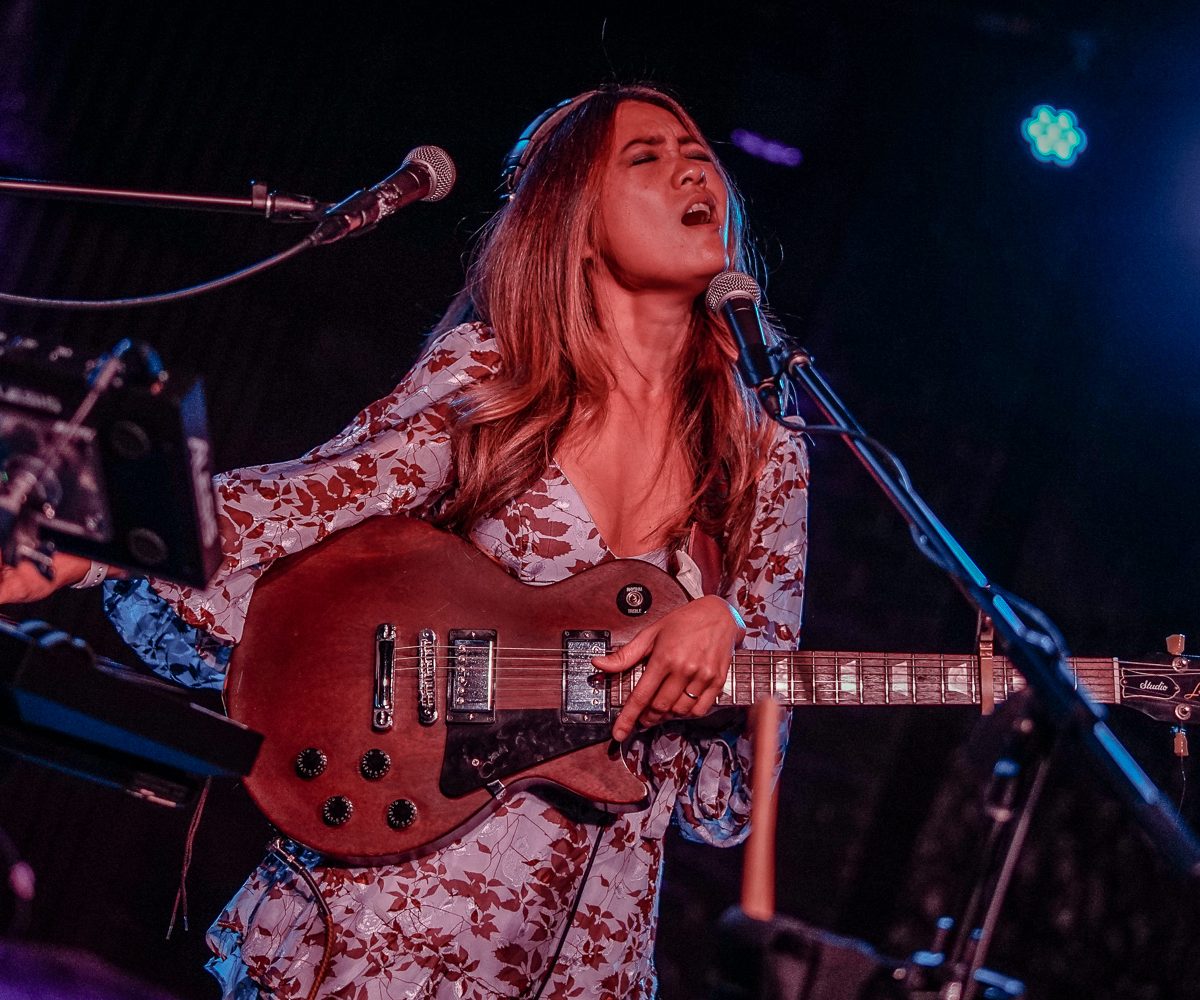 We’re going to let you in on a little secret. As a woman, it gives us great pleasure to watch Kawehi work her magic on the stage because she just gets it. She gets what it’s like to be a woman– a woman who has to multitask, a woman who has to do it herself if she wants the job done right, and a woman who has to speak out. Kawehi got famous on YouTube for her one-woman show, which involves a lot of looping right down to beatboxing your own beats. But she’s grown into this role where, right off the bat, she bluntly sets the record straight and gives you a piece of her mind.

She opened her Bottleneck show with a song that confronts someone who once told her she looks pregnant. It was a cheeky number, but a fantastically aggressive rebuttal to the comment (one which, sadly, nearly every woman has experienced). She has also, in the past, written a song addressing commenters on her wildly popular YouTube page (one that has more than 200,000 subscribers). Her most popular video has more than five million views. That’s a lot of viewers, and a lot of commenters. No one is immune from scrutiny when you have that many eyes on you. But if there’s someone who knows how to hold their space, it’s Kawehi.

Normally, solo acts are swallowed by the stage, but Kawehi fills it with joy, attitude, and an almost unbelievable amount of talent. Between beatboxing her own percussion, looping her instruments, and singing her absolute heart out, she finds time to dance (the type of dance where you really let go and just give yourself to the beat). Without a doubt, she is one of the biggest musical role models for all other women fighting their way to the stage (and she makes it look easy!).

She brought along London native Waiting for Smith (he had fantastic onstage banter and handled loud “hecklers” with cheekiness and delight) and local country crooner The Roseline (you can hear more from The Roseline’s Colin Halliburton in our latest print edition of I Heart Local Music Magazine).

Photos from the night below, as well as a video of Kawehi’s stunning cover of NIN’s “Closer.”

Alien Hellbop released a 90's alt-rock dream of an EP