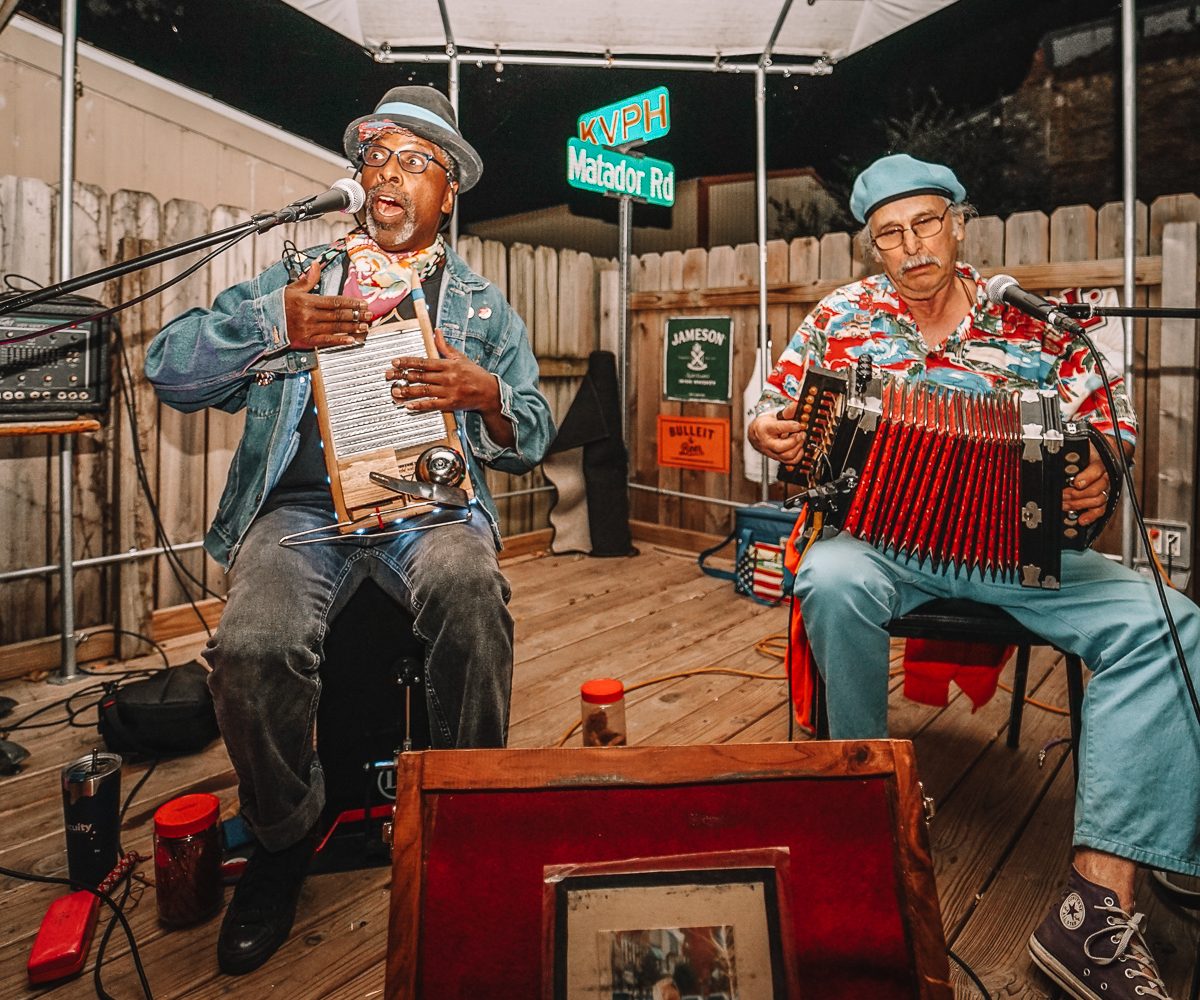 Lawrence’s favorite buskers went out of their element over the weekend. Under a yellow moon and crisp skies, the duo left the street corner for the stage at Kaw Valley Public House and indulged fans in their zany and wonderfully entertaining tunes. They quietly released one of the funnest albums of the year during the pandemic, and brought the new songs to the show.

There were all sorts of amusing banter, dad jokes, puns, a light-up washboard, songs about Christmas kitsch, and of course the harmonizing train whistles of North Lawrence. But our favorite moment came from the “Chicken Dance” contest. Before diving into “Chicken Walk,” the single off their album, they asked the crowd to do their best chicken walk during the song for a chance to win a copy of the album. One fan delivered well enough that Barry “Washboard” Barnes jumped off the stage and chicken walked with her. You can see that video below: