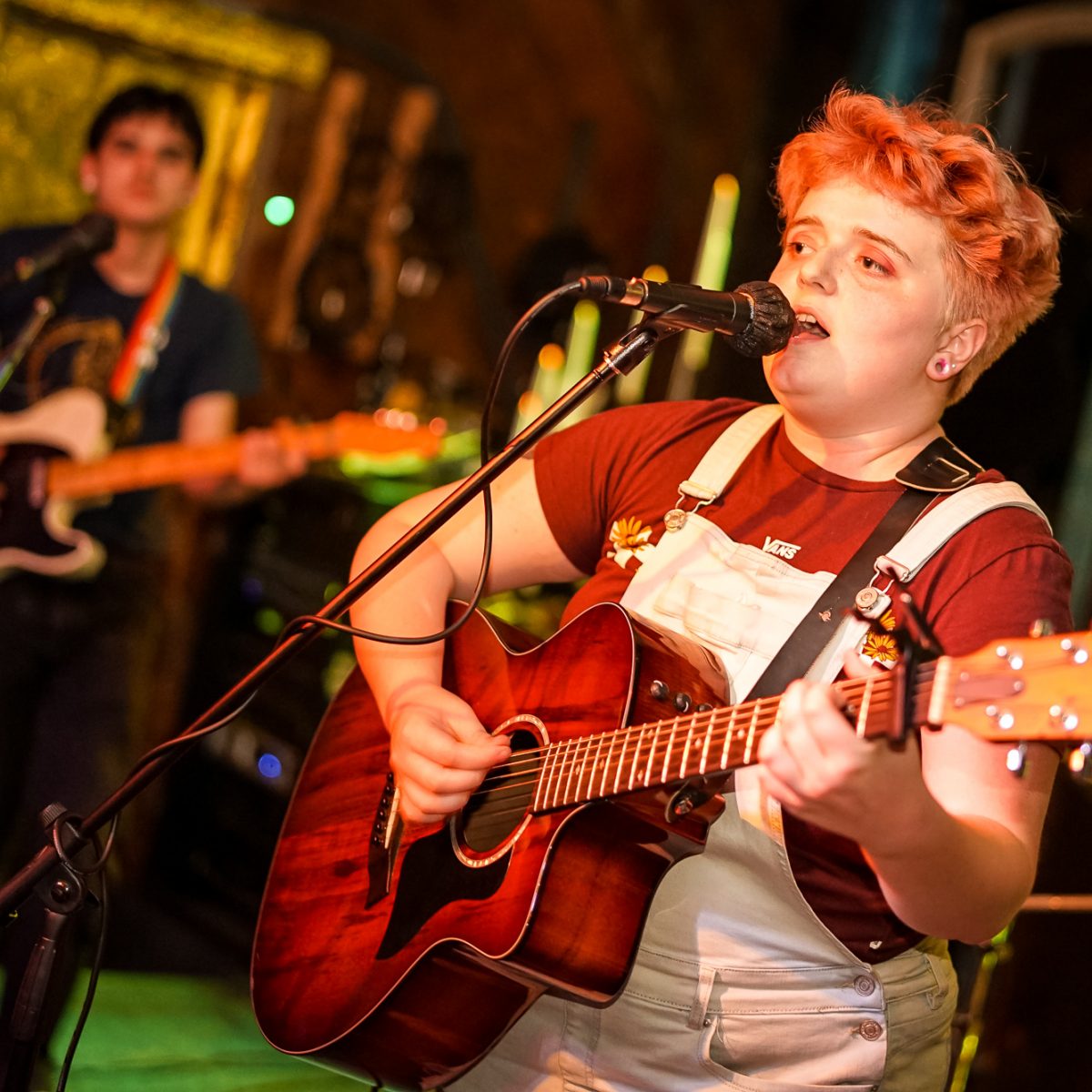 One of the best signs that the music scene is in full swing post-pandemic is the emergence of new bands. On Friday night, The Jazzhaus hosted Lawrence’s latest group of unruly rockers, Harper K and Giovanni Ventello.

Remember everything fun about 90’s alt bands? We all know the newer crop of musicians were heavily influenced by that sound, and Harper and Giovanni seem to be heading in that direction with their own modern twist. Harper’s high-pitched crooning powered over the enthusiastic rock band (featuring the guitar stylings of Giovanni, who is no stranger to performing in the scene despite his young age). These kids did it all– one moment they’re covering Truckstop Honeymoon’s “Sometimes I Cry,” the next they’re rocking out to a group of thrashing kids crammed together in front of the stage. This was their first show, and if they play their cards right, they’re going to have one exciting summer.

They were joined by longtime and well-loved musician CS Luxem, who (despite being an expert conversationalist) assured us there would be no “banter” between songs. That’s fine, since we’re all adjusting to this post-pandemic landscape. Though it really sounds like he picked up right where he left off (better, even) thanks to his newer tunes and new takes on old favorites.

PRIDE! and other best bets for live music in June