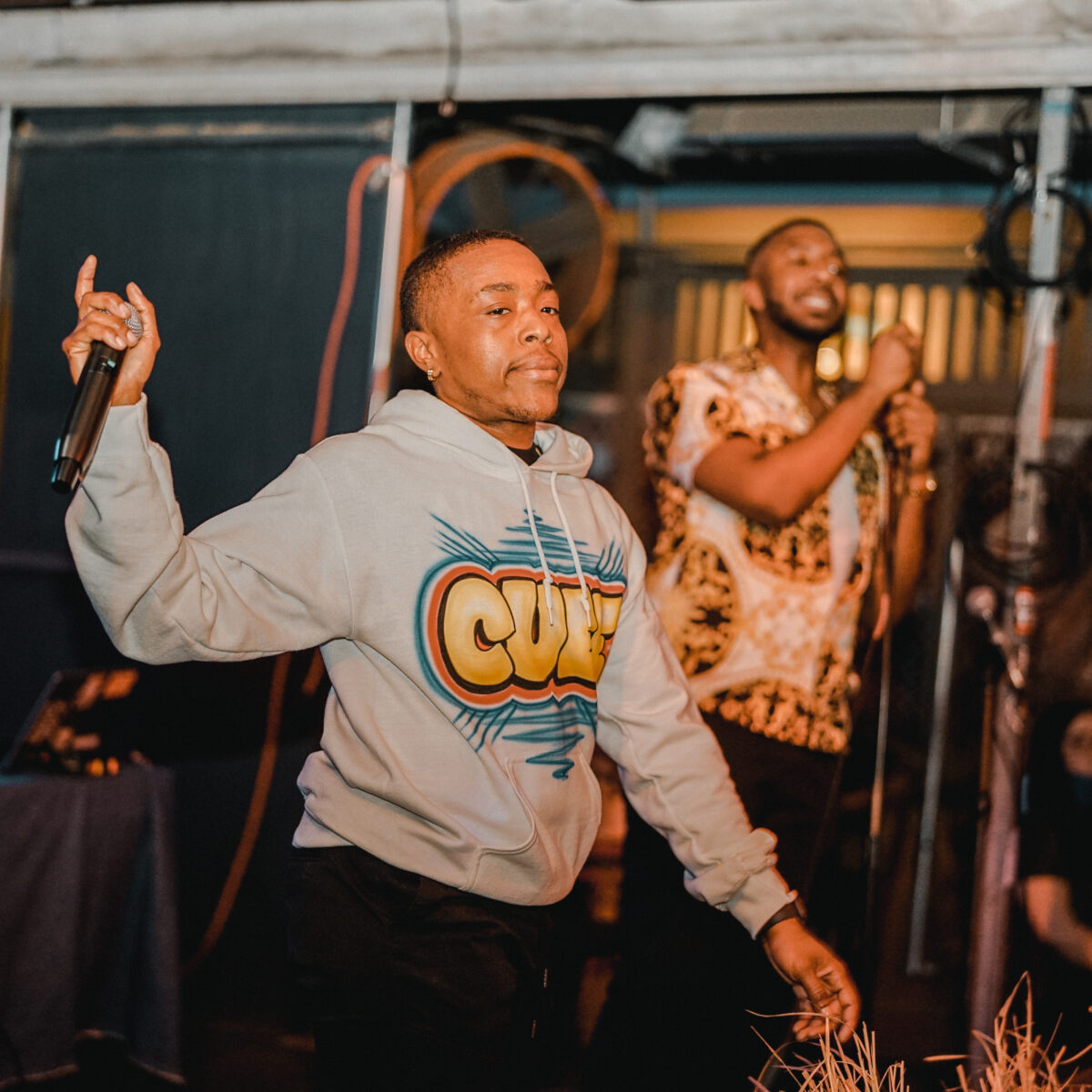 One of the most highly anticipated moments of the year erupted in a burst of relief on Saturday when the Replay finally hosted their first concert in more than a year. The post-pandemic-party came at the hands of Cuee, who celebrated this week’s album release with the early set alongside The Royal Chief. The entire evening was a celebration of some of the best local hip-hop this region has to offer. Within one show, fans were treated to The Royal Chief’s expert lyricism, Cuee’s magnetic energy, and the positively beaming newcomer Joel Leoj (that’s pronounced Lee-oj). Some other notable music makers were also in attendance, as gleeful audience members who waited a year to support their fellow musician. Because no one can get through a Cuee set without spontaneous bursts of happiness, this was an event that was as joyful as can be. When’s the last time you saw a local hip-hop show where everyone was clapping along, raising their hands high, and singing the lyrics alongside the performer? Cuee came on strong, and when his momentum grew too big for the stage, he leapt off of it (several times, actually) to sing alongside his doting fans. The show was the very definition of “good vibes only,” and it was only accentuated by the collaborative nature amongst the three performers.

In addition to performing his own set, The Royal Chief joined (who appears on Cuee’s new album) joined him for a couple of songs. Joel Leoj, who appeared on Cuee’s hit single “Ain’t Going Back,” will be one to watch this year, as he’s someone who’s on Cuee’s level when it comes to musical talent and enthusiasm. He has a gorgeous voice, and nailed the high notes in the live performance. He just released an album, Joey in Wonderland earlier this year (oh look, Cuee makes an appearance there as well), and you can listen to it over on Spotify. Photos from the show below– and because we think it’s important for you to keep these artists on your radar, their latest singles are embedded within this article.