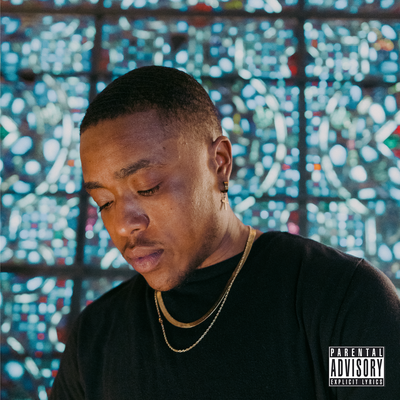 If you want to know what a total transformation looks like, turn to Cuee. This is a man who, with all eyes on him, has finally come into the best version of himself and is reintroducing himself (and his art) to the scene.

Like many rap albums, Gospel begins with an introduction. Here, we hear Cuee saying in the first track, “I’m the best version of me who can wreck my scene,” a foreshadowing of what’s to come.

The songs that follow explore the inner monologue of a black trans musician who only recently arrived the way he wanted. “Who’s Back” and “I Been Me” hit on these themes hard, with expert musical tracks backing up his stream of consciousness. It’s as much motivation for us as it is for himself, it’s almost like we hear Cuee urging himself on in his new life. Last Summer, Spotify featured Cuee on an official PRIDE playlist, which helped him soar in popularity online. Since then, he’s been plugging away, recording new music in the voice he was always meant to have (post transition). The result is that we get to see the world through the eyes of someone re-experiencing it with rose-tinted glasses, and he feels on top of the world.

Cuee’s at his best when he’s surrounded by his community, and his biggest collaborators are out in full force for this album. Joel Leoj (“Get Like Me,” “I Ain’t Going Back”), The Royal Chief (“Amazing Grace”), and even the now famous Lindsey Alderman (“Gravity”) are all on hand to help lift up Cuee’s voice throughout the ten tracks.

This is an album of self-reflection, but Cuee takes a step back on “Amazing Grace” to reflect on the past year in activism (a running theme we’re seeing in local hip-hop). The Royal Chief steps in on this one for a little social commentary. It’s not long before we’re back to the light-hearted love professions we’ve come to see from Cuee, thanks to Lindsey Alderman’s crooning on “Gravity.” The song takes us on a romp through the bliss of a new love. It’s both a love ballad and a bop you can groove along with. “Good Times” is an especially fun, sing-along number, but it’s the album’s powerhouse track “I Ain’t Going Back” that sends Cuee out with a grand finish.

We already labeled “I Ain’t Going Back” as the happiness anthem of the year, and honestly it doesn’t look like that’s changed. If the album is a prelude to Cuee’s coming of age, “I Ain’t Going Back” is the big climactic finish. It’s where, after an album of deliberating who he is, he’s finally celebrating where he is. It’s a celebration of all the themes touched on in the album— love, confidence, sexuality, religion— and throwing a party for all of them. No wonder he waited until the Spring to release Gospel, it’s a time to declare who you are, what your intentions are, and celebrate being you. For Cuee, it is unapologetic black queerness in all its glory.