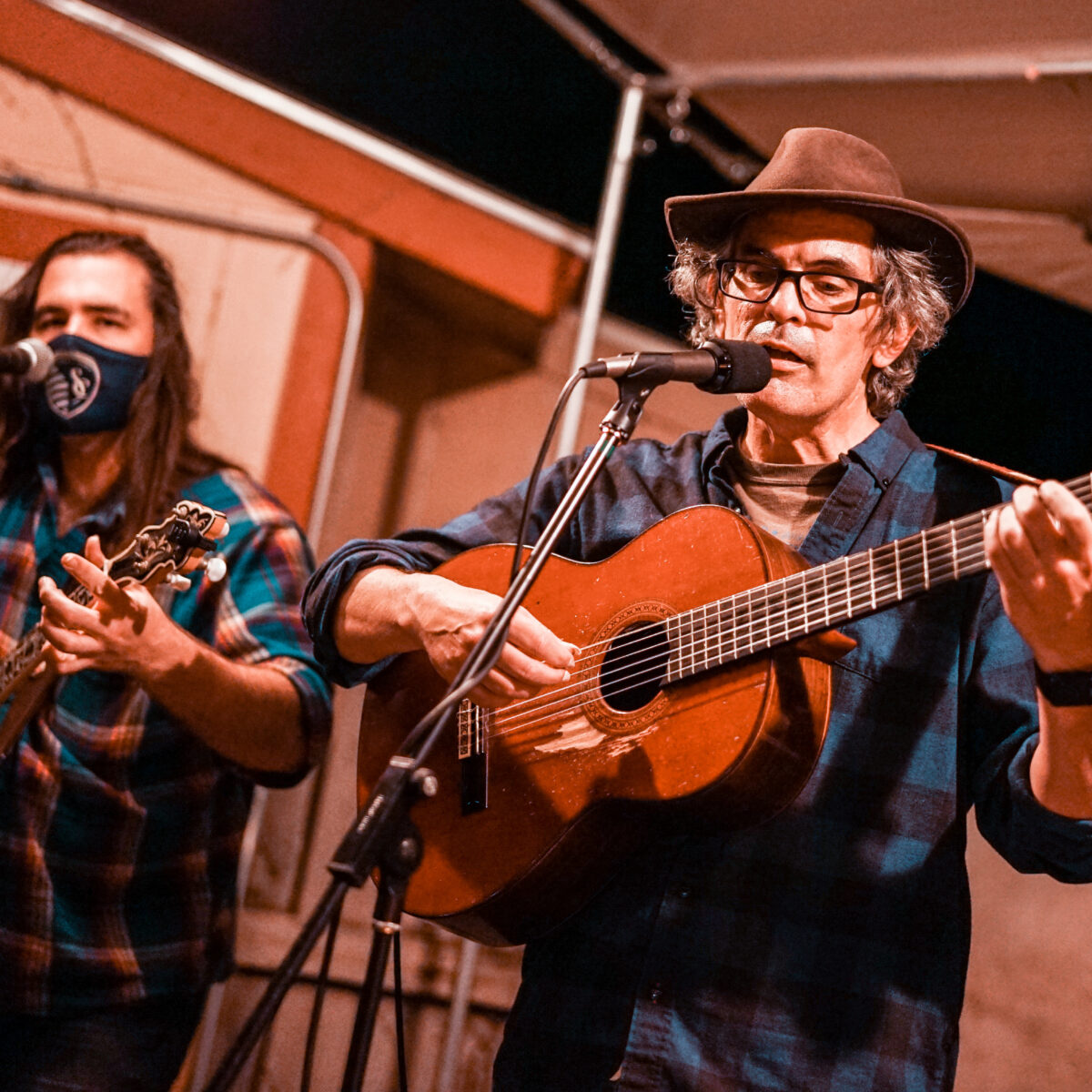 Nowadays when you go to a show at your local watering hole, the chatter from random audience members is all about the COVID vaccine. Everyone’s comparing symptoms, timelines, who they saw when they got it– it truly is the season’s hottest accessory. As Douglas County wrapped up their final week of mass vaccination clinics (the clinics move from the Fairgrounds to Lawrence Memorial Hospital next week), it’s easy to see why everyone’s so eager to discuss the medical marvel– life is slowly returning back to normal. In fact, we’re apparently feeling such a sense of normalcy here in Lawrence that a three-act-lineup appeared over the weekend. Up until now, the post-pandemic shows have only been featuring one act at a time.

As bands slowly start trading their live streams for live stages, Gullywasher celebrated their album release in style with a crisp Spring evening set on Friday at Kaw Valley Public House, a venue where it feels like the music never stopped thanks to the management’s clever use of streaming and recording throughout the pandemic. It’s quite exciting to see a roots act like Gullywasher, because they produce a sound unlike what we’re used to hearing. One member swiftly plucks away at guitar, the other a banjo, and… is that a trumpet we hear blaring above the train? Oh, it’s been so long since we’ve seen anything but solo acts, so the uniqueness of this musical style left us giddy.

They were joined by country darlings Jenna and Martin, who showcased new songs off of Martin Farrell Jr.’s Coffee and Laundry, and duo Folk in the Flow. Photos from the show below (and yes, there was a dog, there’s ALWAYS a dog at North Lawrence shows).