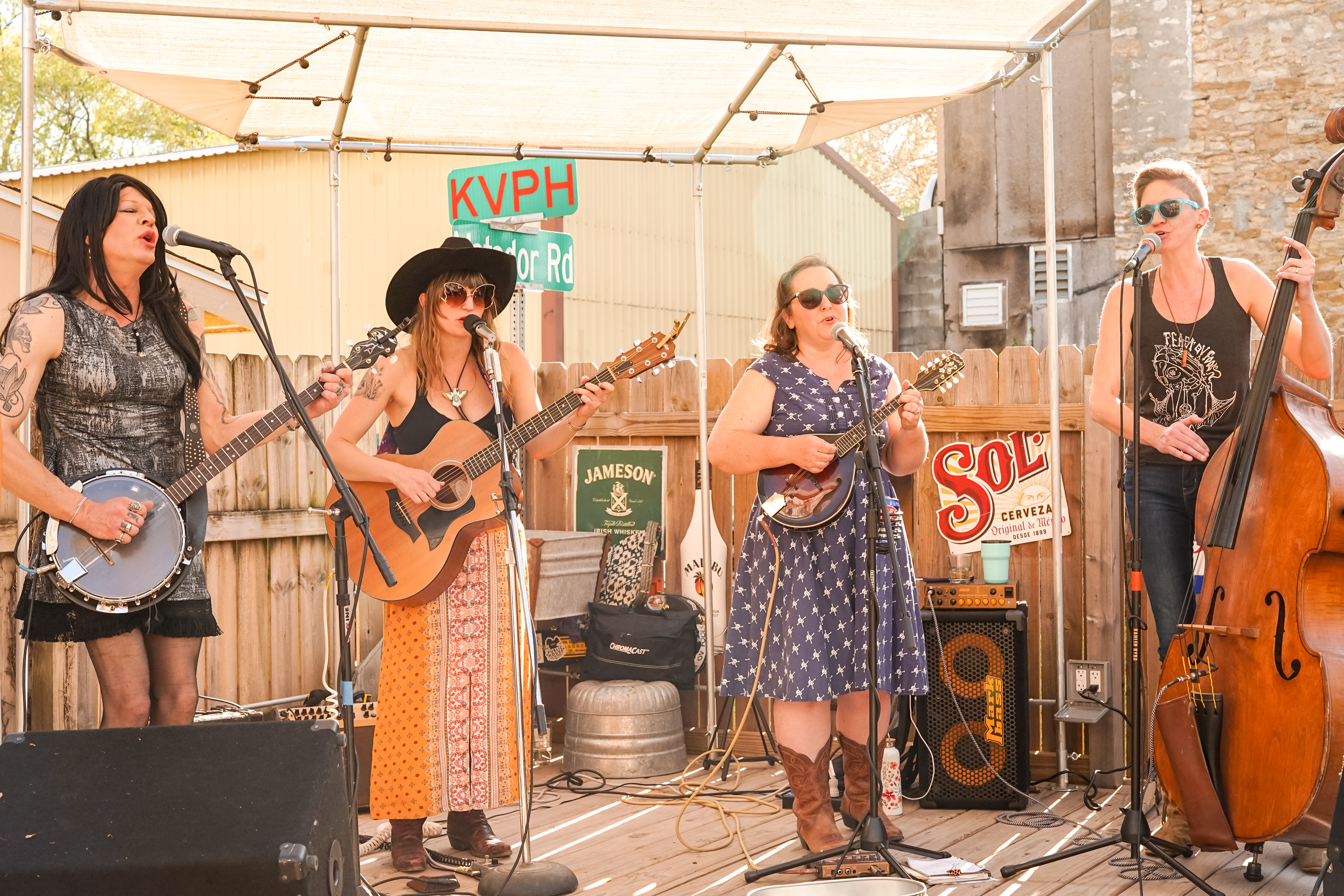 If there’s one thing the Lawrence music scene has been missing during the pandemic, it’s those Sunday patio shows. You know, the ones that are home to some of the best and brightest bluegrass and folk bands in the state. On Sunday, that old fuzzy and familiar feeling started fondly creeping back in when Unfit Wives hit Kaw Valley Public House.

The show was set up as a ticketed event, an out-of-the-ordinary manner for the popular North Lawrence bar, to ensure social distancing (don’t forget, one time 600 people RSVP’d to an Unfit Wives show at a venue with a capacity of 100). This worked incredibly well, and the pleasant weather added to all the positive vibes surrounding this show. Like many of the live events emerging in the post-pandemic scene, this one featured just one act in the interest of safety (and everyone’s slowed-down stamina, thanks to our stagnant behavior during quarantine).

This show had everything: couples two-stepping, hawks and buzzards circling the patio, a strong Kansas breeze, and a dog at the bar (everyone KNOWS it’s not REALLY a North Lawrence show until there’s a dog at the bar). In addition to this marking the return of Sunday matinees, this was a special show for Unfit Wives’ Jenna Rae, Kahlen Ryba, and Monica Greenwood. With their fiddle player Shannon O’Shea on maternity leave, they introduced a stand-in (and hopefully permanent?) member, Reagan Zagan on banjo. Listen, we have NEVER seen a blues riff on a banjo quite like when Reagan tore into “Black Cat Blues,” it was pretty wild and elicited an excited reaction out of the audience. The Wives also took this opportunity to announce their long-anticipated album release, due in September. Though, much to their fans’ delight, they sneakily sold a few copies at the show.

You can watch a clip from the show below, and expect to see plenty of Unfit Wives appearances in 2021 (and keep an eye out for their new album in the Fall).