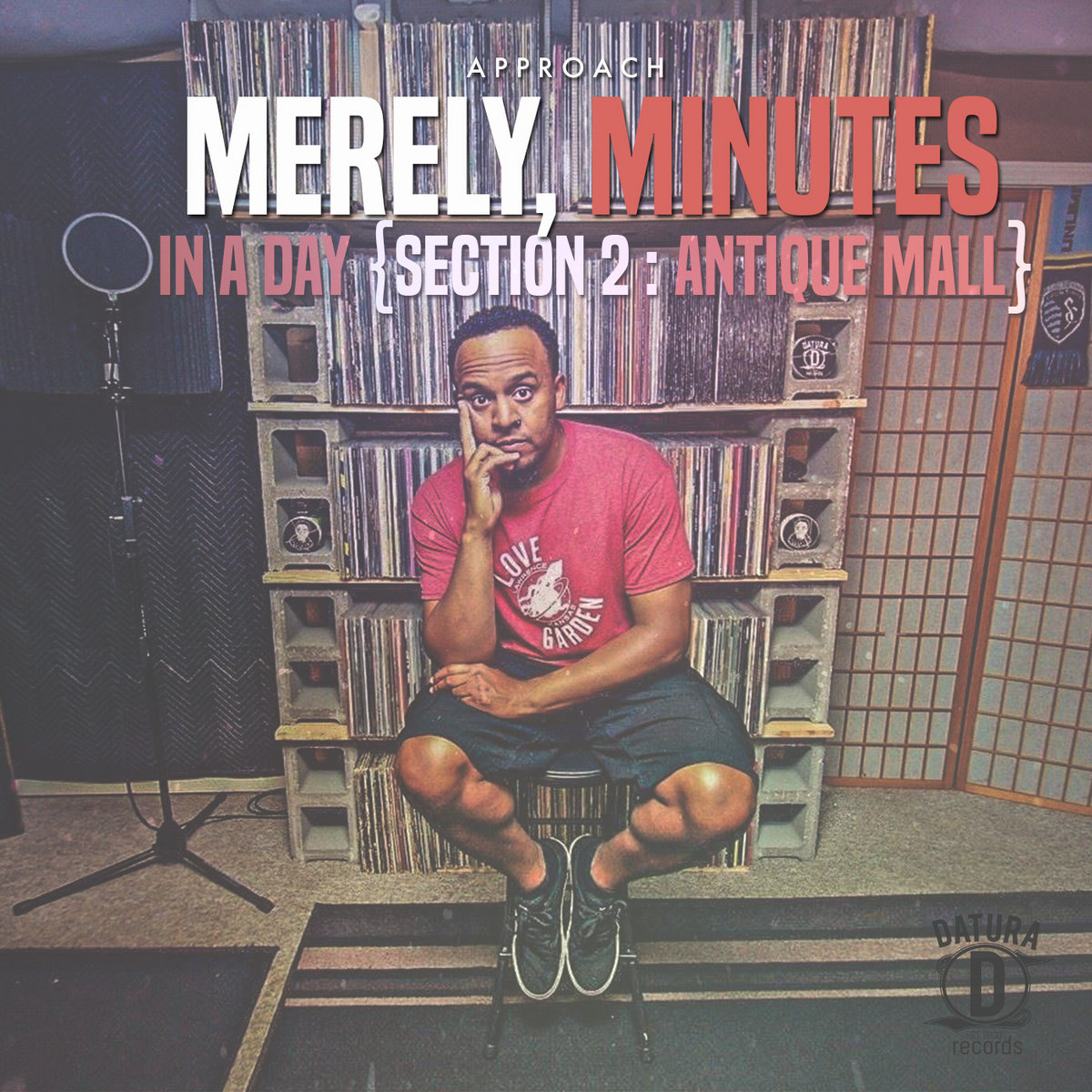 Nothing Approach has done was ever ill-timed, and his latest album is no exception. Merely, Minutes In A Day [Section2: Antique Mall] is a culmination of five years of frustration, shock, horror, and anger over social and political events. He started writing these songs after Mike Brown’s murder, and it festered and built up with every horrifying event in the years that followed.

He brings along an all-star cast for this journey, including Stk Figa, DatGang, Joe Good, SKU, Miles Bonny, Smoov Confusion, , Moka Only, Conductor Williams, and the velvety-voiced Heidi Gluck. Obviously, Approach did not fuck around.

But perhaps the most important guest on this album is his own flesh and blood. As always, the album opens with an introduction from his infant son Cairo (and his seal of approval, as he grills Cairo about his music). He then proceeds to tell Cairo “I’m about to put out an album of music that I made three years before you were born, so five years ago…. Does the music sound good to you?” His son replies yes. It’s an endearing conversation between father and son that slowly fades into an instrumental track, guiding you into the rest of the album.

It’s important to note that this album opens from a place of love, because that’s always where Approach comes from. So when he quickly descends into “All Here” where, along with his all-star cast, and they dive into a harsh critique of the country, it’s like listening to someone scold you for your bad behavior (but they preface with “I’m only telling you this because I love you”). Approach describes “Fighting for our lives” in a media haze. I mean, they really give it to us, and this is THE FIRST SONG.

The fact that heavyweights like Joe Good and Stik Figa show up on this album is a big deal. Like we said, Approach wasn’t fucking around. The timing had to be right for all these appearances to come together. As he puts it, the “vibrations in the atmosphere and current climate had to match the sonic background of the music.” “When I initially recorded it, it was shortly after the Mike Brown murder and things of that nature, so it had a tone to it,” Approach confides. You can definitely hear this tone on “They Come At Night,” where he chants “You gotta run for it, run for it, run. “Fast forward to the end of 2020, all the tragic murders, protests, political bullshit, horrible leadership, and it just feels like mankind with the pandemic took a step back 40 years. I would’ve never thought as a child that this is where we would be in 2021, so I wanted to provide some soul, some information, some education, some love, some aggression, and put that into the atmosphere and at the end of 2020, going into 2021 felt like the appropriate time to do so.”

But in order for this album to come to fruition, that tension did have to build. He had to sit on these emotions, process them, let them build for half a decade. The reason: he wants the album to have lasting power. “I’m one of those people that believes that music is timeless, and the music that I’m chasing to make and trying my best to make, I don’t really want them to have an expiration date on them,” he says. “My favorite records, I can still listen to them, regardless of whether they were made in the 60s or 70s or 90s, they still have a timeless feel.”

There’s no doubt Approach, armed with these tracks, will put on one of the best shows post-COVID. He’s been a leader in the hip-hop community, and every one of his shows promises a celebration of life. But he’s only wading back into those waters carefully. His hopes and desires for the local music community are strong, but he only wants shows to return when we can absolutely keep everyone safe. The payoff, he promises, will be intense. “I have no fear that once the rope is cut and we’re free to really get after it again, music will pop back up into an all time high, it’ll be a rebirth, kind of how it used to be when people went out to shows,” he says. “I think people will be so hungry for that, when they feel safe, they’re going to come out in droves… and artists who have had time to sit are really going to be giving people something magical, because it’s going to be all this emotion that has been bottled up, and when you pop that top, oo-wee.”

Merely, Minutes In A Day {Section 2: Antique Mall} was released at the end of the year, going into 2021.