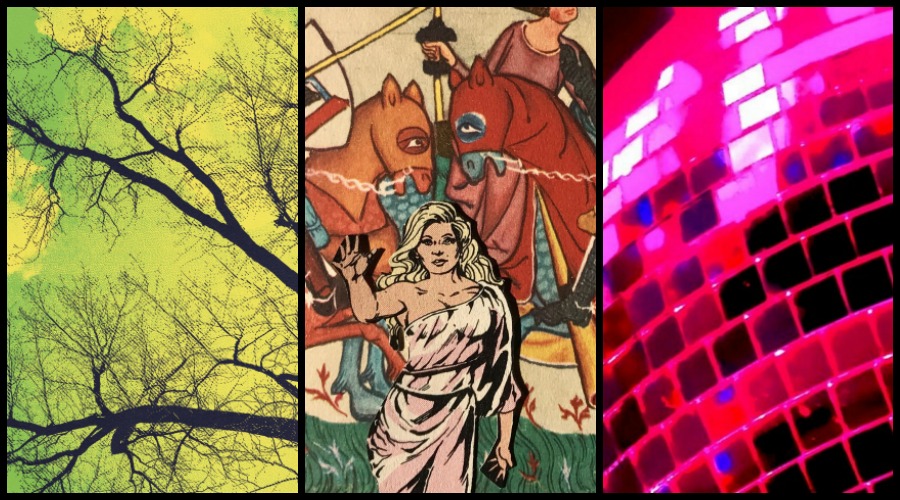 FacebookTweetLinkedInPin
Once again, Bandcamp is waiving their revenue shares to help artists affected by the COVID-19 Pandemic. The last time Bandcamp waived their fees during the quarantine, listeners raised $4.3 million for artists and labels in just under 24 hours. So here are artists who just released new music this week in anticipation of the good news.

Up first, a brand new EP from Serene Fiend. This time around, the brooding goth released an instrumental set of songs. They’re reminiscent of early Lymbyc Systym (or Album Leaf, for you old timers) days. Appropriately titled Sombertude, the songs come to us from the electronic maestro after days spent indoors during uncertain times.

CS Luxem also released a new body of work. SeedCo Demos feature many of the songs we’ve come to love from the experimental folk artist, including some featured on his last album.

Most of the tracks were recorded in 2013 at SeedCo (which is now Lawrence Beer Co) when the building housed a collective of artists before getting the boot from our corporate overlords. Indulge in these songs to reminisce about a simpler time in LFK’s musical heyday. Bonus: you’ll also hear some unique instrumentation that we don’t normally get at Luxem’s live shows, including trombone, saxophone, and oboe arrangements.

For those of you needing to rock out like a big dumb gorilla in your living rooms, The Sluts have two new tracks out. We previously debuted “King Kong,” a song centered around the band’s take on toxic masculinity. It’s one of their most brazen songs to date, full of pent up rage, angst, furious guitar shredding, and someone who just beats the hell out of those drums.

Additionally, they also have “Enjoy the Show,” just out in late April. Both tracks are only available on Bandcamp, and are featured below. Side note: we know it’s hard to just enjoy a couple of tracks from the popular rock band. A little birdie told us to keep an eye out for the entire album’s release next week. Just before the quarantine, The Sluts hit the studio (hard) and worked nonstop until they had enough for a new album. So stay tuned.