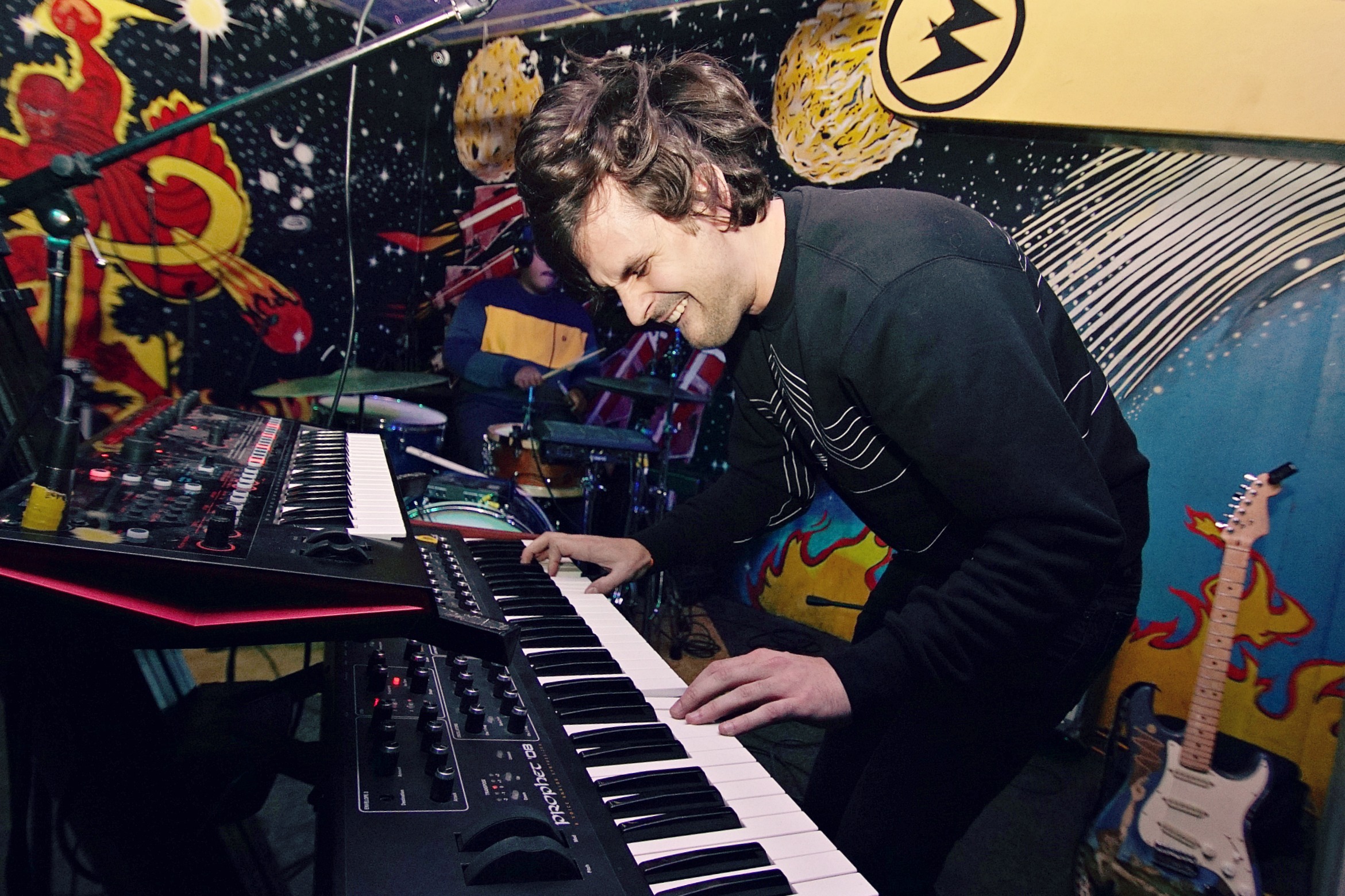 A few weeks ago, Pala Zolo had plans to pack up and head to LA. All that was put on hold after the COVID-19 pandemic hit the U.S. So now, the Lawrence electronic act is releasing a song they had originally planned to debut for its farewell party.

“You Can’t” is yet another thrilling, peppy, and danceable synth number from Pala Zolo’s Eric Davis. He worked with COOP Sessions’ Mitchell Hewlett to engineer the track. Davis is a little relieved that he and his partner waited to make his big cross-country move. “We feel very fortunate that we didn’t move out there now because it would have been very difficult to make ends meet in a brand new (and particularly expensive city),” he says. “We’ve been spending our time getting way better at cooking, watching tons of movies, and playing more video games than certainly I’ve ever played since I was probably 13. Also been staying very active and of course, working on lots of new music.” Davis says his other band Hembree has been working on a new album via email.

While Davis’ plans are on hold, we’ve been blessed with this upbeat track to help us bide our time at home until the quarantine is lifted. You can listen to it below.

Here's how you can help local venues during the quarantine