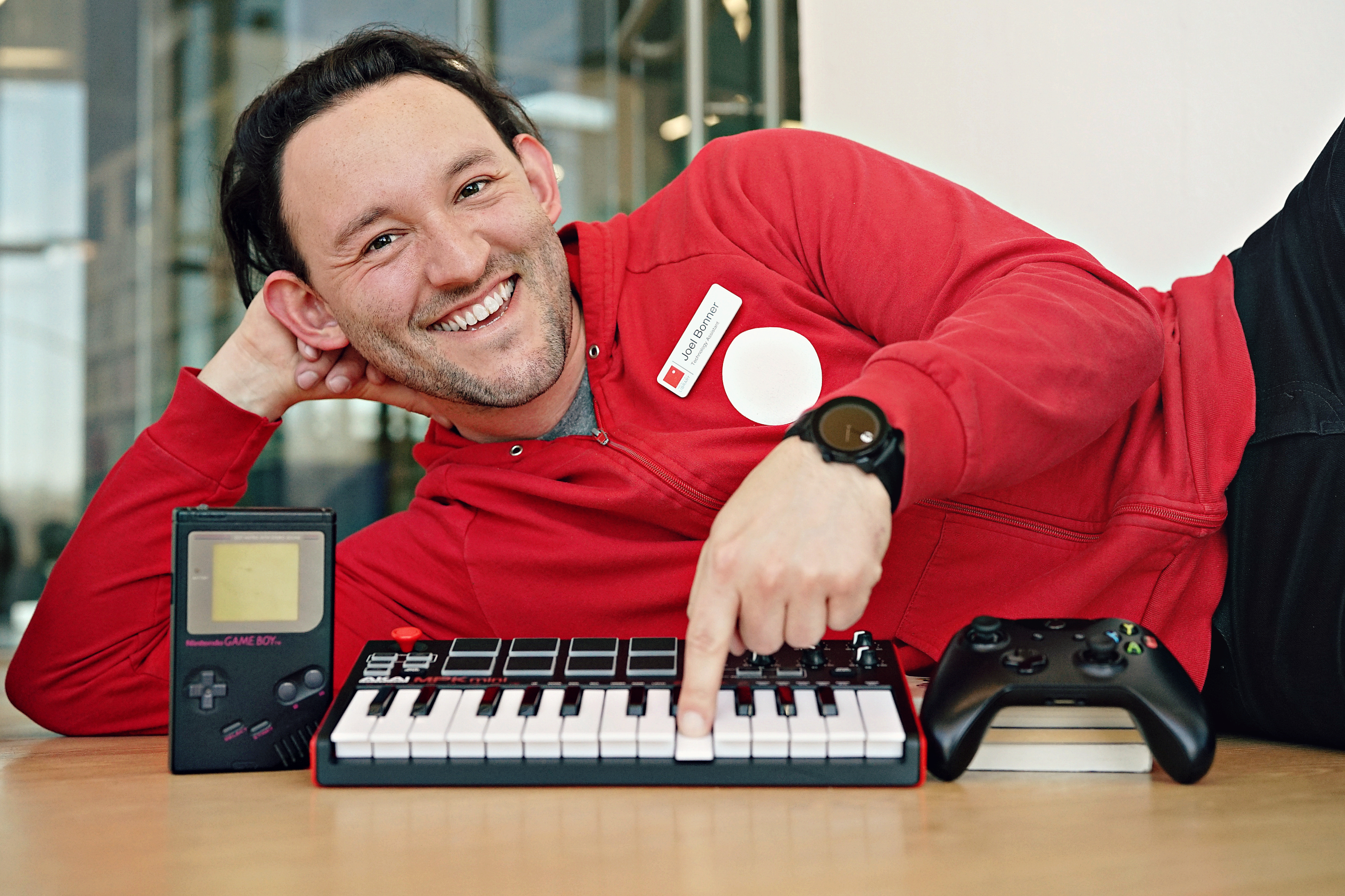 Facebook0Tweet0LinkedIn0Pin0
8-bit, CRPG, FPS… if you’re a gamer at heart, you’ll know what these terms mean. For some, like local musician Joel Bonner, they’re intertwined in every day language. His band Serene Fiend partly pulls its namesake from a video game, so it’s not surprise that Bonner is a lover of all things Nintendo, Xbox, and Playstation. That’s why this weekend, he’ll be taking audiences through a deep dive of the sounds behind the consoles. He’s hosting Video Game Music: A Tech Evolution at the library, where he’ll detail the scores and symphonies we hear in everything from Pong to Final Fantasy. We sat down with Player 1 to get a glimpse of what’s in store:

I Heart Local Music: What should attendees expect to learn from this event?

Joel Bonner: “This event will be an overview of the major landmarks in the development of video game music. We’ll start at Pong in 1972, one of the earliest examples of sound being used in a widely accessible video game format, and work our way all the way to the modern day. One of the main points I want to drive home is how intimately correlated the development of [Video Game] music is to the tech being used to make it.”
IHLM: What got you interested in the music behind video games?

JB: “I started playing games at a very young age, and there are a handful of soundtracks that are essentially embedded in my childhood memories. I would boot up a game and navigate to a certain point in it just to hear the music playing. It is fascinating to me that something can be THAT emotionally impactful. VG music has just always been part of my life, and I’ve taken more and more time to dissect soundtracks as I’ve gotten older.

Beyond that significance, I think the format allows the music to play a different, more interesting role than say film music. It is more interactive – it develops with the player, and often reacts to the player’s choices. And because it is such a young format, in comparison to film, it doesn’t have the same prior generations of tradition or convention, so there is a lot more outside-of-the-box thinking in the game music world. All that keeps me coming back for more.”

IHLM: In your lifetime, what has been the most fascinating development behind video games?

JB: “I think when the 2000’s hit, and that generation of home gaming consoles was released, there was a significant shift towards a bigger, orchestral sound in games. I like to use the Halo franchise as an example. Game music started to sound like film scores at that point. It broke more into the mainstream as a legitimate storytelling art form that wasn’t clouded by any ‘nerdy’ or belittling stigma. That generation finally had the technical capabilities to make larger than life scores that accompanied state of the art visual technology.

But speaking for video games in general, around that same time home gaming consoles began having online capabilities, so you didn’t have to use a home computer to play online with your friends. That was huge for me and my friends growing up, because our home computers weren’t capable of reliably playing online games.”

IHLM: How do video games and their music influence what you do with live music?

JB: “I think the cinematic and emotional qualities of game music definitely bleed into my music. The notion of creating landscapes of sound, or an emotional palette of sound, is a very significant part of Serene Fiend and the music I make now (and is especially true for the music I am preparing to release). I am a storyteller at heart, and all the choices in composing a piece of music are made with intent, keeping the overall picture in mind and how it will be perceived by the listener. I am mulling and planning efforts to eventually more seriously pursue writing game/film music in the future. It’s still my biggest dream.”

JB: “Final Fantasy X, without a doubt. Gorgeous storytelling that covers a wide range of topics from questioning authority and tradition, morality of religion, race, romance, identity and existence – it’s got it all. And, of course, the soundtrack is great. There was a long span of time in my life (like, years) where I rarely went a day without listening to that soundtrack.”
IHLM: What are some of your favorite video game soundtracks?
JB: “Really anything from the Final Fantasy franchise is going to be some marquee-level content, but other highlights for me are Halo 2, Silent Hill, Goldeneye 64, Banjo Kazooie, Legend of Zelda Majora’s Mask, Doom (2016), and I’m going to throw out a prediction and say that the upcoming Doom Eternal soundtrack is going to be some of the most mind-bending game music in recent memory. So beyond excited for that to release.”
Editor’s note: I Heart Local Music is partial to the Red Dead Redemption and Katamari Damacy soundtracks.

JB: “If Waluigi is in the game, it is a foregone conclusion that I will pick him (and not just because he’s purple! haha). But it’s a toss-up otherwise, depending on which version of MK we’re playing!”