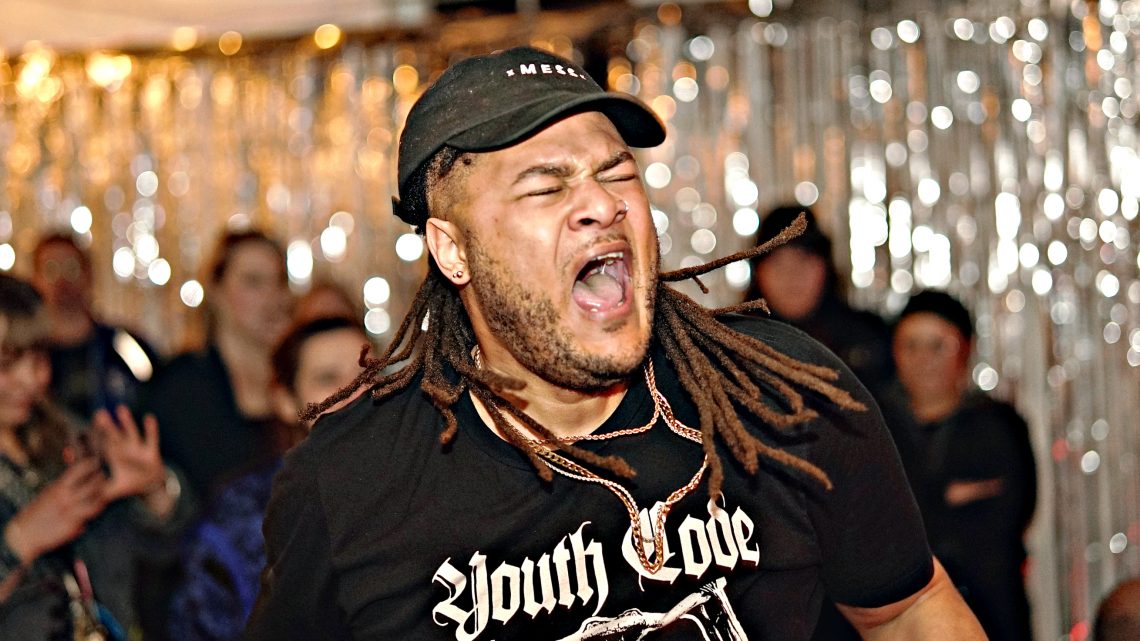 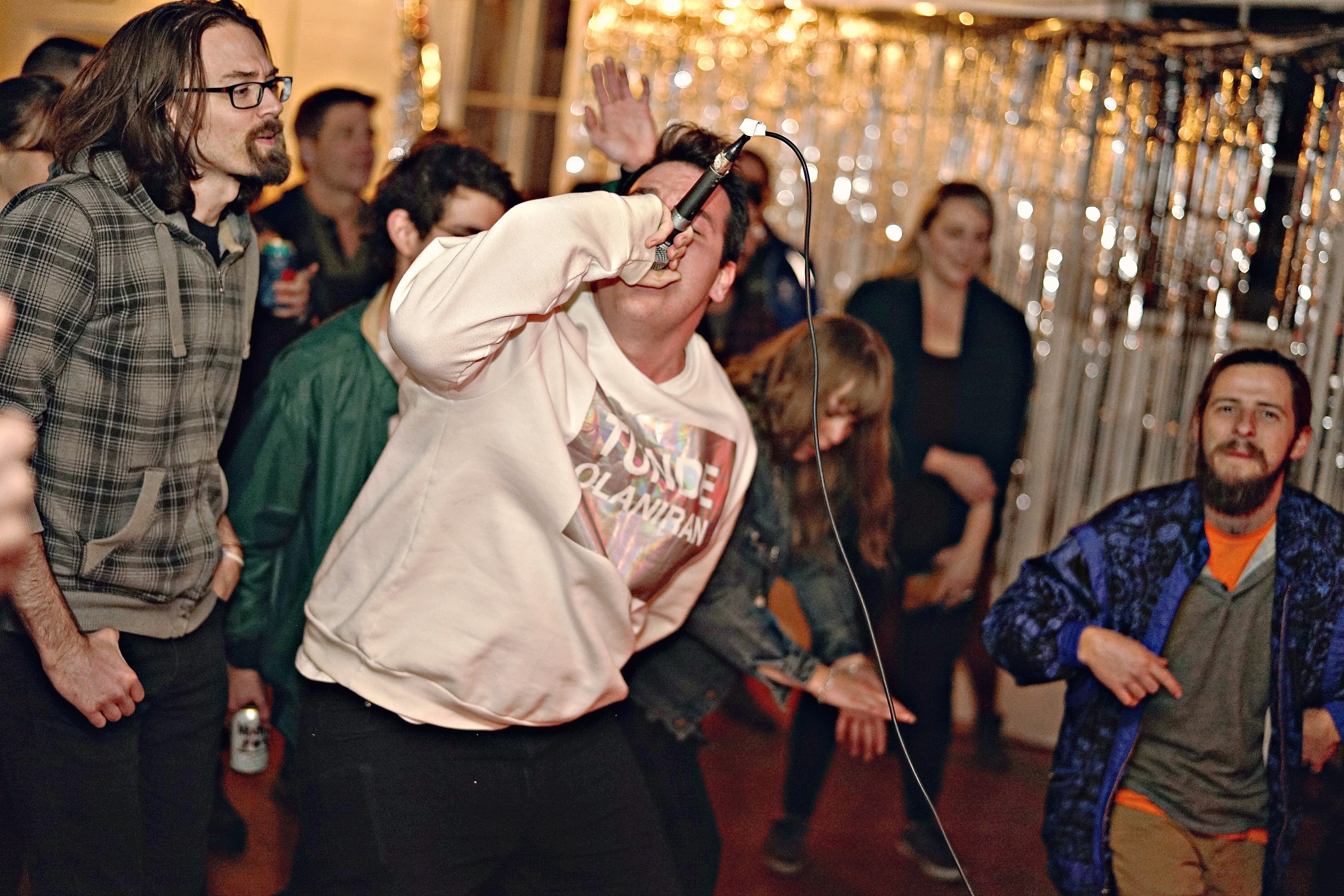 When Ebony Tusks take the stand, people listen. It’s easy to see why. Their larger-than-life presence takes up all the space (and attention) in the room. When they celebrated an album release at White Schoolhouse Friday night, there were moments when it was so still, you could hear the traffic from the highway. It was all eyes on the hip-hop performers as they took the podium. No one in the audience spoke, they only listened. 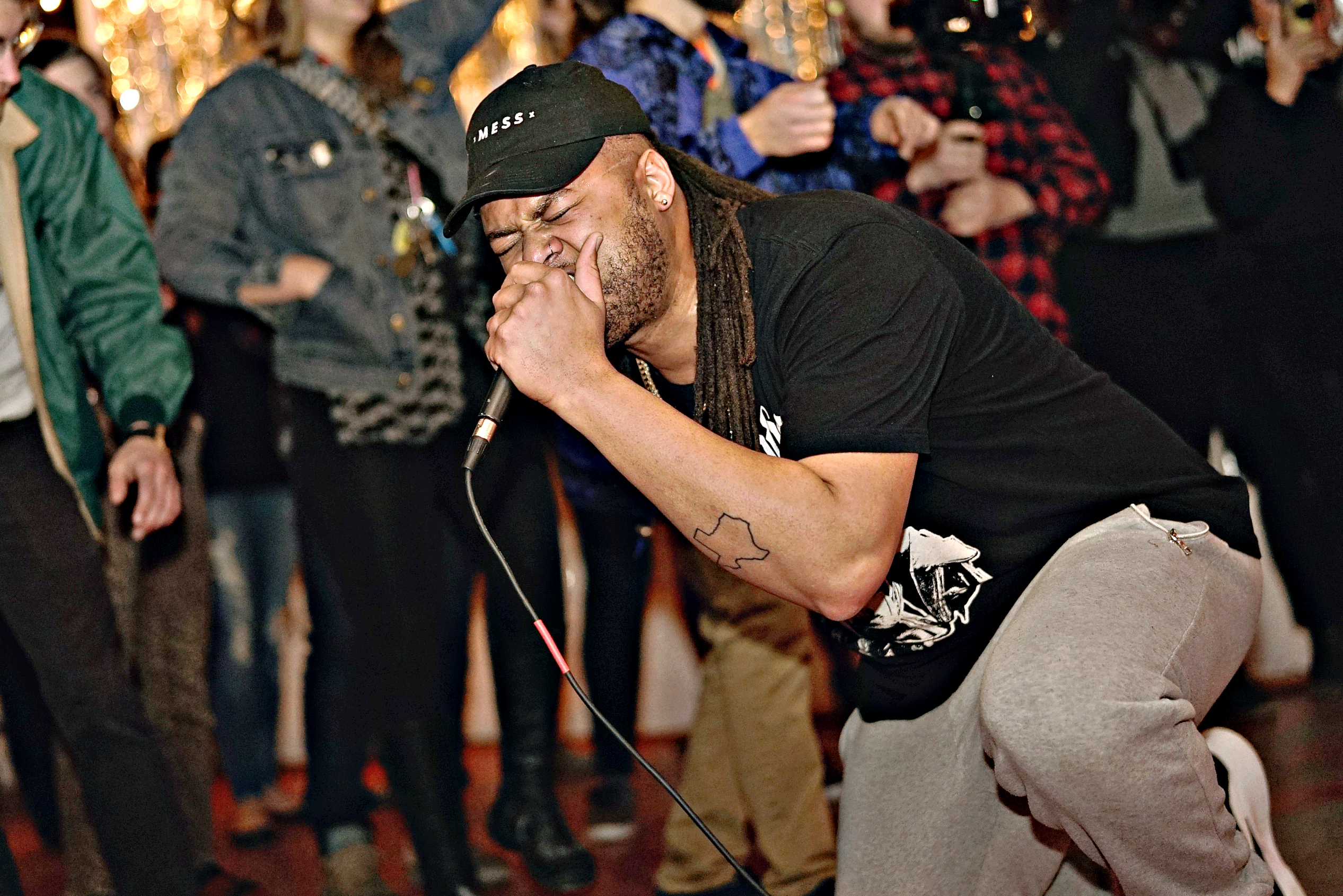 The show was an artistic expression in every sense, and for every sense– The lights took over your eyes, the music took over your ears, dancing and movement took hold of your body, and the poetry infiltrated your heart. Ebony Tusks have endless messages to share, and their fans are eager to take part in the conversation.

They were joined by RAW SPACE, an electronic act out of Minnesota, and Lawrence’s Visitor. The rock trio is fairly new, performing a handful of shows in recent months, but the art is in the buildup of noise and momentum in their set. Visitor sounds like you’re driving a car on fire towards an Oh Sees show. Buckle in.

Next post Game On: Local musician dives into the history of video game music