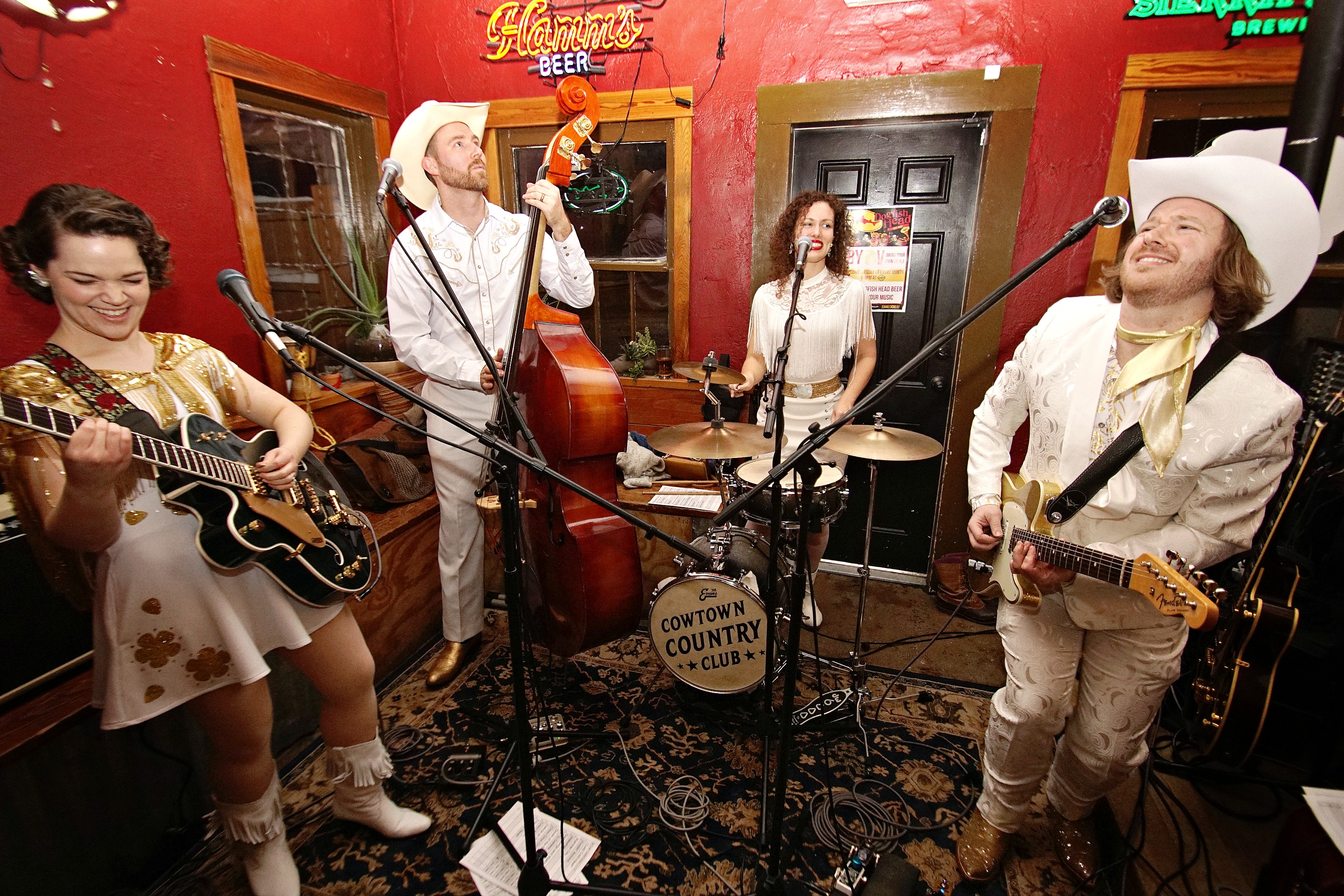 If you’ve ever heard a pop hit on the radio and thought “I like this, but I wish it were a little more old-timey,” Cowtown Country Club is the band for you.

The Kansas City four-piece made their Lawrence debut on Saturday night with a dashing set at the Gaslight. The band reminisces of old (old) Country, and their harmonizing is to die for. But in addition to their originals, they’re quite known for taking modern hits and turning them into classic country tunes. They tackled the likes of TLC and Whitney Houston (video below), as well as a Willie Nelson number. There isn’t a genre that’s off limits for the fabulously-dressed quirky quartet. They call their covers of these pop songs “Country Fried Covers,” and they transport you to another time. These honky-tonk hunnies are as cute as a 50’s radio jingle, and their harmonizing is to die for. You can see a video of their performance below, and check out more music over on their YouTube page.

Album Review: Thighmaster - “Between The Knees and Squeeze”