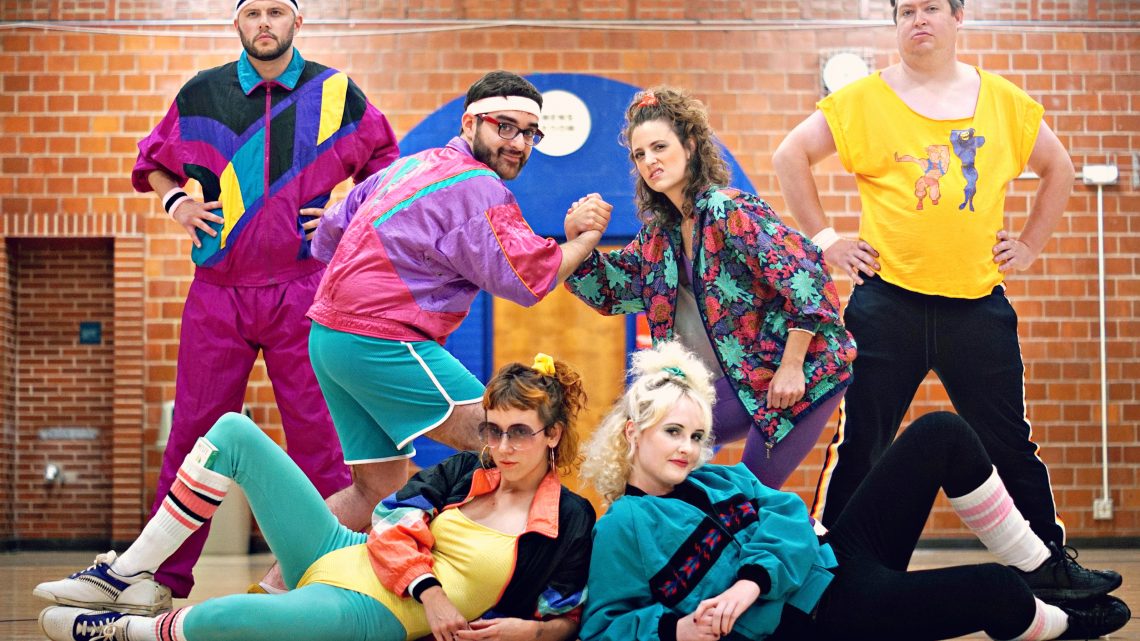 Rumbling surf rock simmers on Between The Knees and Squeeze, the debut album from Lawrence’s Thighmaster. The dual vocals blending crystal clear with super fuzzed out ride on top of some astoundingly chill guitar and percussion. And if you somehow missed the album title, there’s plenty of exercise-centric humor and references in the track titles (lead single “Jane Fonda You”) and tongue-in-cheek lyrics (“it doesn’t get easier, it just gets stronger” in “Dick Simmons”). The songs have a pacing that resemble a workout; a mantra to repeat and repeat like an actually enjoyable routine. The laid back psych on “Jillian Michaels Wellness Cruise” swerves however, delivering some beautiful dream pop in the midst of this rollicking record. And then there’s a manic, indie-folk jangle to closer “The Good, The Bad, and The Bowflex” to end in a collapse. Nothing exhausting; just catharsis. Catch your breath and let’s go again.

Previous Article Other Americans glam it up with Lawrence drag performers