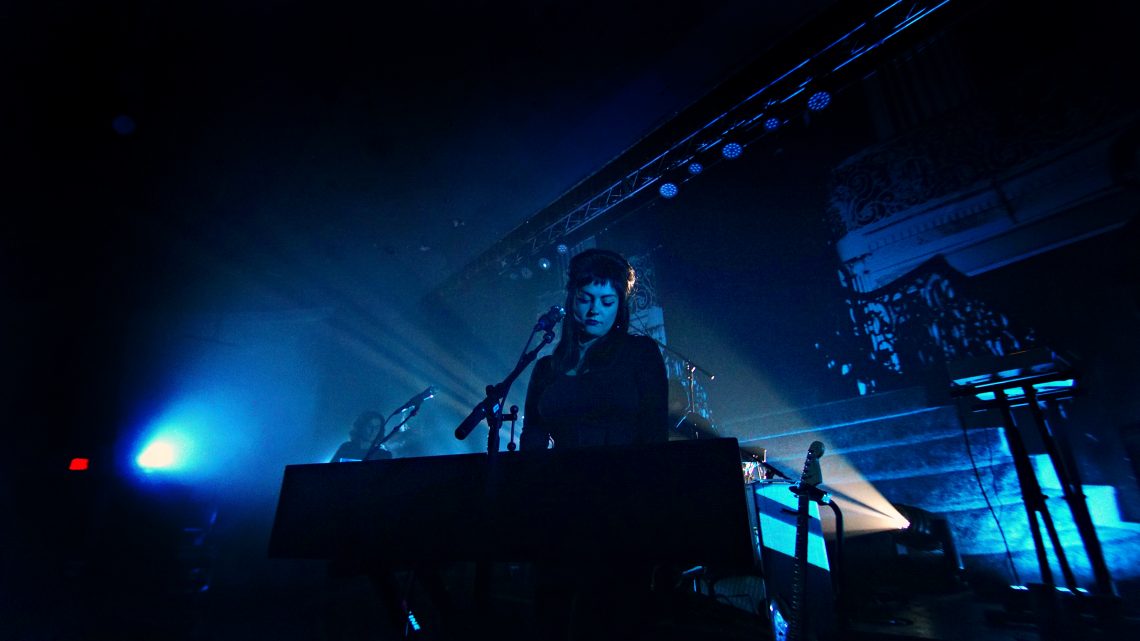 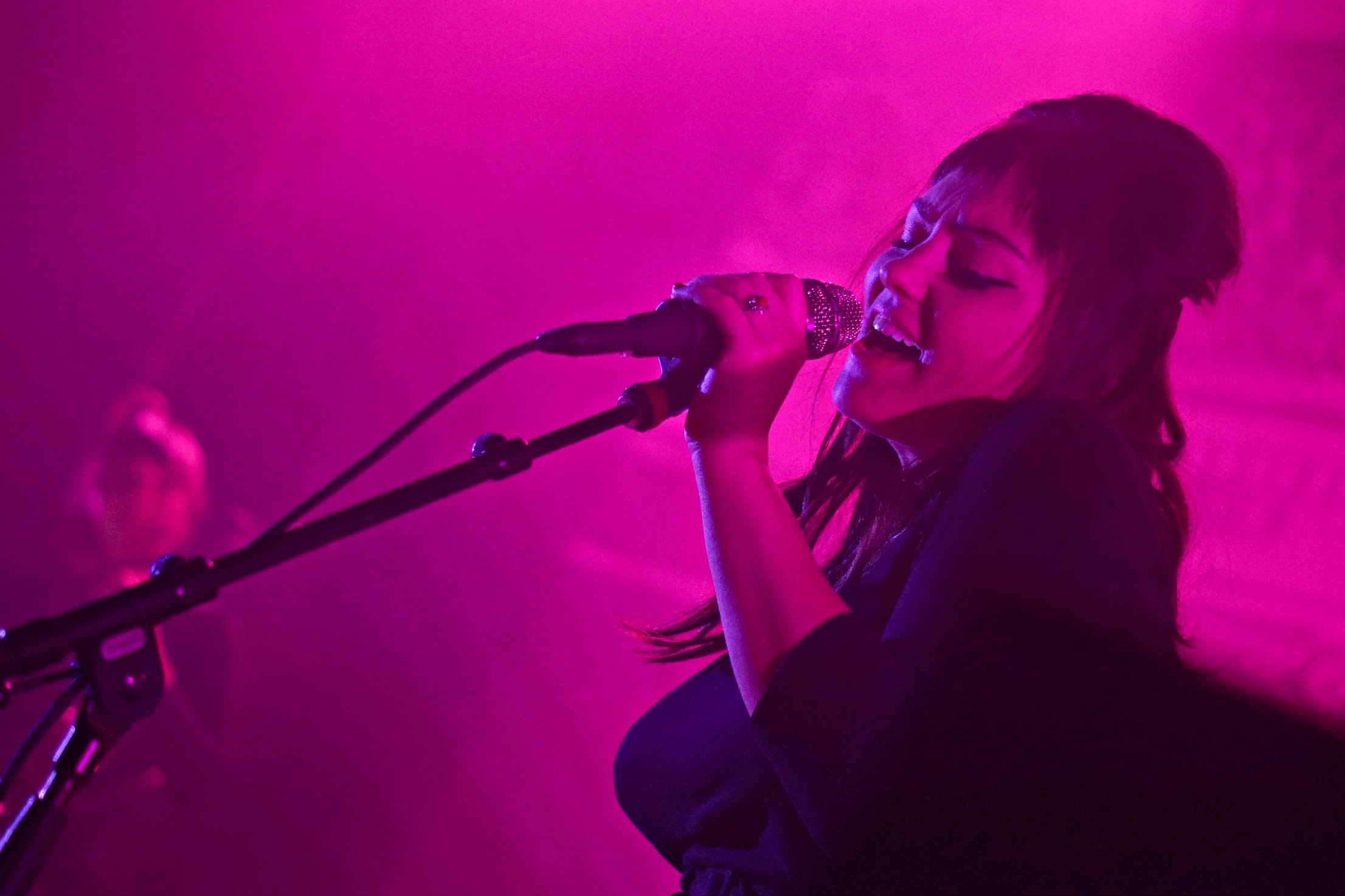 It was the type of show where you needed earplugs not so much for the music, but for the overly ecstatic crowd. It was all squeals from gaggles of women as Angel Olsen took the Granada stage on Sunday night. It was likely one of the classiest shows Lawrence will see all year. Olsen came armed with a string section to pump up all the symphonic accomplishments off her latest album, All Mirrors. Dividing her time between the organ and guitar, Olsen was the very vision of amiable. Her bashful banter bolstered her humble demeanor, a reluctant rock star personality with fans who wailed nonstop. “My Queen!” they’d scream at her between songs.

Every song was saturated in various color palettes, with just enough haze from the fog machine to make it all so dreamy. The strings sent fans into an emotional whirlwind with “All Mirrors;” and when she fired up “Shut Up Kiss Me,” the audience lost it, thrusting their hands with the beat and singing every word back to her, matching the band in volume. “Oh man, we came here last time and y’all were loud,” she commented (we can verify that the crowd was just as enthusiastic at her previous Granada show).

Her encore closed with Mark Ronson’s “True Blue” with much of the audience still intact (rather than filtering out early). There’s a distinct difference between her previous Lawrence appearance and her Sunday night show. When you come touting what is likely the best album of your career, you make a production of it. The backdrop was striking, the light show matched the music, and a cast of top-notch musicians clad in head-to-toe black remained as perched silhouettes cut out of the fog. It was a rich, full treat for the ears just as much as it was for the eyes. Angel Olsen brought her A-game on this tour, a fine reward for a dedicated fan base ready to serve the rising indie Queen.

Next post Photo Gallery: The Sluts / Drugs & Attics / Wick and the Tricks / Sona