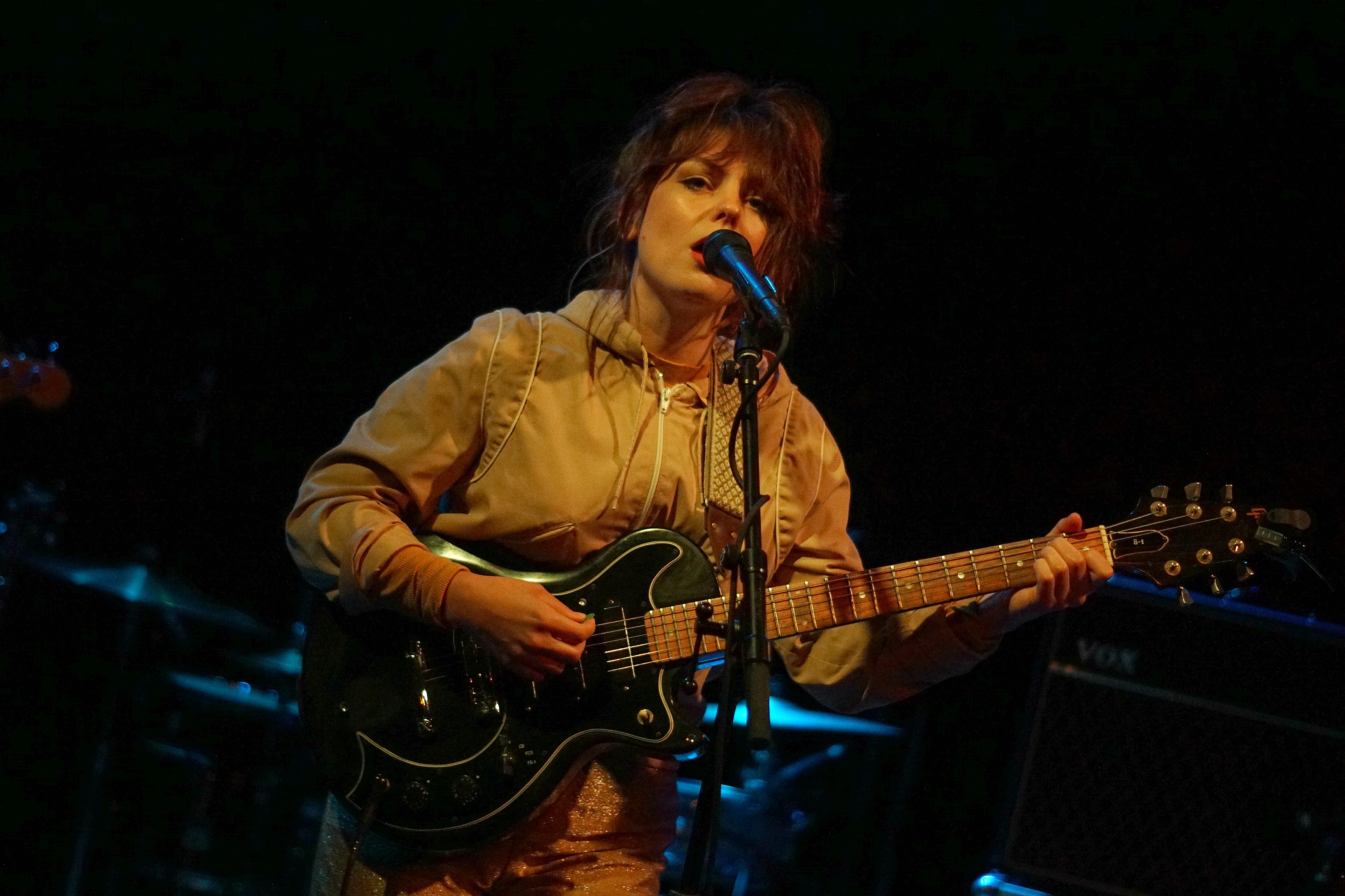 “Y’all put something in your gravy,” Angel Olsen quipped at the Granada audience Thursday night. To her credit, this was one starry-eyed crowd, constantly screaming their lust and desire for the indie-country crooner.

The place was packed, with just about every cool lesbian of status and notoriety between Topeka and Kansas City donning their finest embroidered Western shirts and whimsically staring on from the dance floor. Otherwise, there were quite a few excitable white women screaming their heads off, a stark contrast from the romantic and moody melodies Olsen brought to the stage. When she sang “Shut Up Kiss Me,” the gals in the crowd were so worked up they may as well have thrown their panties at the stage. “I want some of that gravy that y’all got,” Olsen reiterated.

The only hopes at quieting the overzealous crowd was Olsen’s unique ability to completely put an audience under her spell. Her quivering vocals had everyone weak in the knees, and her highs pierced the air like a dagger to our hearts, breaking them apart and repairing them again with her dreamy hooks. Her crescendoing voice was perfectly matched by her backing band, who always kept her a the forefront and in the spotlight. At some moments, like during “Heart Shaped Face,” her vocals would fall so quiet (with the band’s sounds cleverly disappearing while keeping Olsen ringing loud and clear) that the crowd was completely hushed. You could almost hear them holding their breaths.

Olsen’s records are so full of songs that could serve as a shy anthem for the awkward romantics of the world. But onstage, they take on a whole new, Walter Mitty-esque life, making her a shining star and giving those same fans a confidence boost they could only dream of.

She was joined by fellow North Carolinians Mount Moriah, who gave big nods to Wild Man Vintage for helping them load up on embroidered Western shirts. That same fashion would return for Olsen’s set, when Heather McEntire joined Olsen onstage as part of the backing band and every member donned matching suits and bolo ties.