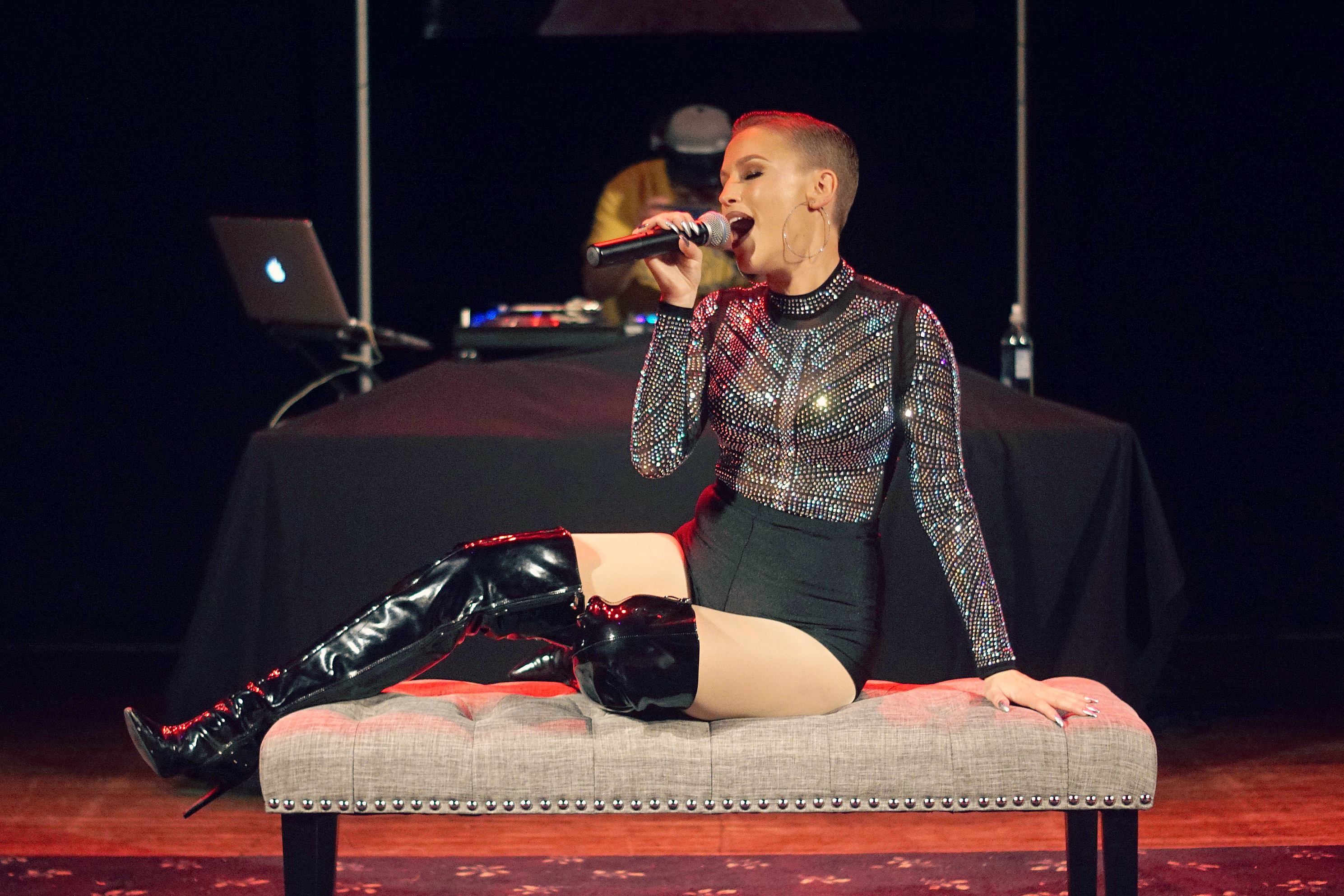 Liberty Hall hosted an elaborate night of hip-hop on Friday, showcasing some of the biggest trends hitting local stages. Lawrence expat Lindsey Alderman returned from L.A. to serenade doting fans about female empowerment, respect, and cunnilingus. She was joined by Hornsby, who invited fans onstage with him at the end of his set. Both Cuee and The Royal Chief are two acts no longer taking the stage solo, opting to perform with a full band (Cuee began performing with Glass Bandit over the Summer). This practice of including live instrumentation is favored with local music fans, garnering them an exciting following and progressing their onstage presences to lively new heights.