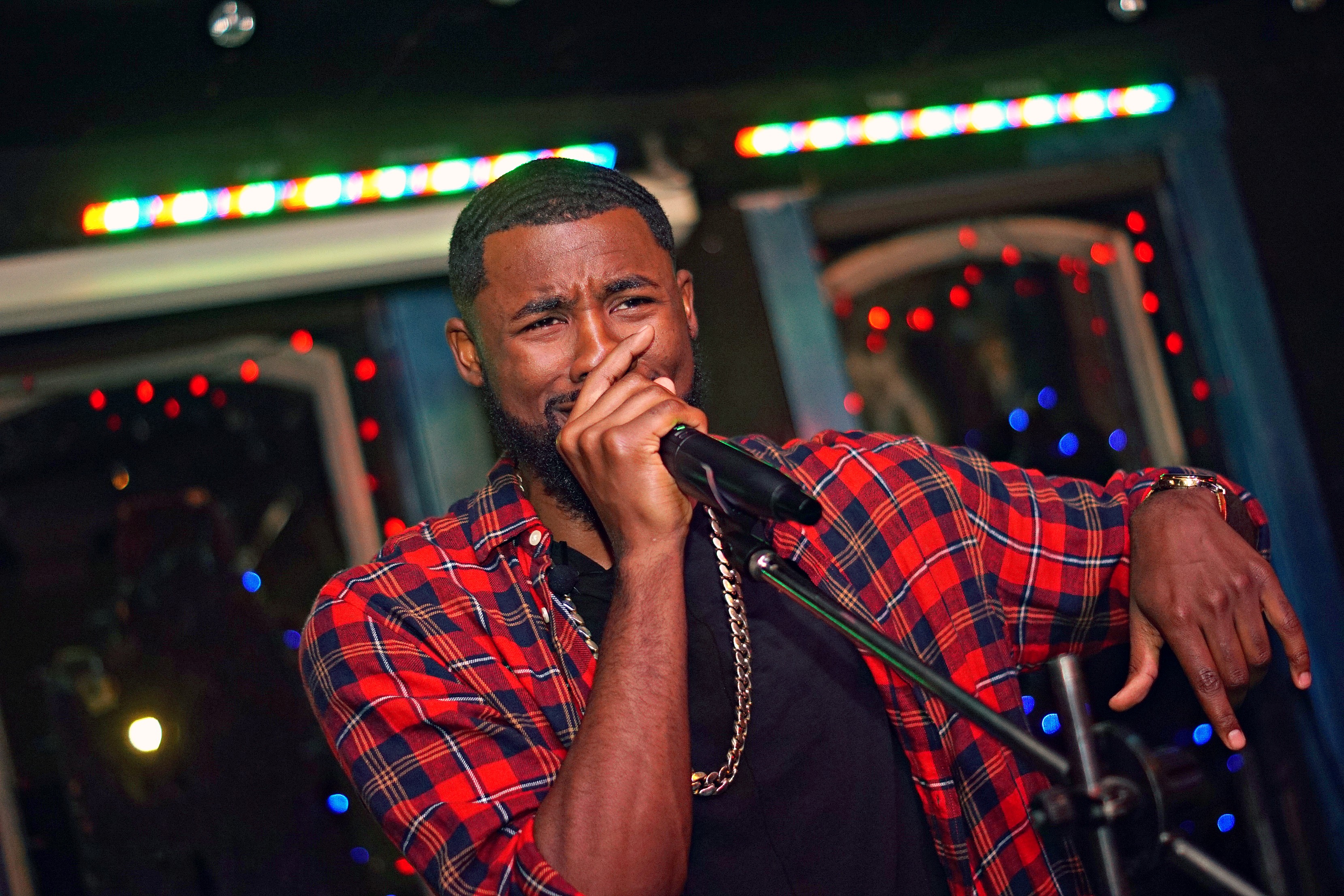 FacebookTweetLinkedInPin
It’s easy to spot what makes the local hip-hop scene so enticing right now. There’s a specific type of energy, an electricity that shoots through the air when performers hit the stage. This weekend, some of those performers will be bringing all that power and stamina to one of the biggest stages in Lawrence when Lindsey Alderman plays Liberty Hall on Friday. She’ll be joined by local favorites Cuee, The Royal Chief, and Hornsby.

The Royal Chief is no stranger to Lawrence crowds, turning heads over the last year thanks to his dynamic live shows (he’s been known to get crowds super worked up). The Kansas City rapper cut his teeth on the Atlanta rap scene, and has since been dividing his time between Lawrence and Kansas City. We talked with him ahead of the show.

IHLM: Why the decision to keep making music here?

TRC: “I moved back to KC in 2017. One of the biggest differences between KC and Atlanta is the support they have for their own. ATL became a hub for hip hop because they all where behind each other. They collaborated with one another and push each other. When Andre 3000 said ‘the south got something to say’ at the source awards in ’95 you really feel that energy there. I think KC could have that in the Midwest and I felt like I could bring what I learned there back home and galvanize the city.”

IHLM: You’re known for your infectious energy when you’re performing. What prompts you to perform this way?

TRC: “Is that what they say?! That’s dope super dope! I feel like performing is the purest form of the art. Like you can listen to a record and feel it but when you’re in a room with that artist and you hear it straight from there mouth it’s different. It’s a raw moment you know its not studio perfected. We’re all connecting and engaging on a higher level at that point. I want people to feel free when I perform and I think if I’m all out it allows them to feel comfortable and be all out with me.”

IHLM: What would you like to see more of in the local hip-hop scene?

TRC: “I’d like to see more collaboration. I think too many artist in the city think they can do it alone and that’s not how you build and grow. Networking beats talent any day. The only way you get into new spaces is by going out and connecting with new people. Artist need to understand it’s ok to support others.”

IHLM: What would you like to see less of?

TRC: “It kinda ties into what I’d like to see more of. I’d like to see less competition and more camaraderie. Don’t get it twisted I love to compete but I think we do it to a fault. Just because someone else is eating doesn’t mean you can’t.”

IHLM: Who in the local hip-hop scene has really caught your attention right now?

TRC: “It’s important to keep doing what I’m doing because most people go through life without ever chasing their dreams. The way the world is set up people tell you things are a fantasy and that you could never achieve your ambitions because they aren’t ‘real.’ They’re right it’s not real for them, but as long as it’s real for me I can bring the dream into existence. You make your reality.”

The Royal Chief hits the Liberty Hall stage with Lindsey Alderman, Cuee, and Hornsby at 8:00 p.m. on Friday.