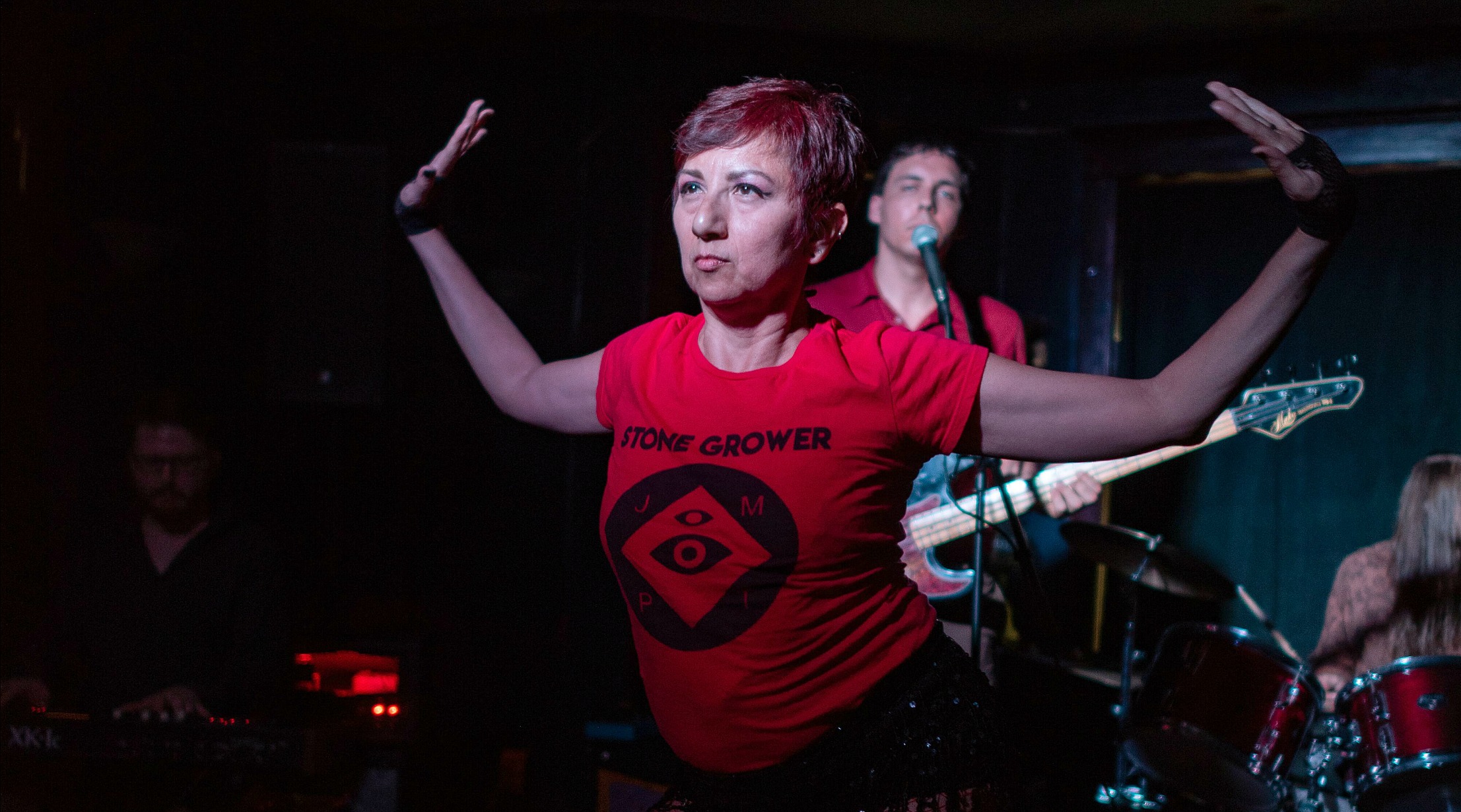 FacebookTweetLinkedInPin
This is a site that covers local music, but if we may switch formats for a second, we’d like to talk about the rock star Burlesque troupe we have here in Lawrence.

Foxy By Proxy is a longtime ensemble of fantastic performers who consistently deliver riveting shows and intricately choreographed numbers. But there’s one dancer who’s been catching the eyes (and ears) of local music fans. Red Delicious has performed music by everyone from local rapper Approach to metal menaces Horned Wolf. The idea came to Red Delicious, whose real name is Dawn Tallchief, after watching a Stone Grower set at the Replay. “As I listened to them play, I imagined using one of their songs for my performance,” she says. “Then I started thinking about how cool it would be to collaborate with local bands/musicians in burlesque.

One of her standout performances came from a mashup of Approach’s “Of A 1,000” and Bloom’s “Come Inn.” For last year’s Valentines Cabaret, she performed a number to Rolling Roliage’s “Lonely Without You.” Sometimes, a local musician will even open up the show, as Stone Grower did. This July, Red Delicious mashed up Sonny & Cher’s “And The Beat Goes On” with Horned Wolf’s “The Disciples of Horned Wolf.”

But her star performance might be from this month’s Halloween-themed show when she busted a move to the dark and brooding Serene Fiend. “I am committed to continue using local music in my performances as Red Delicious,” she asserts. “I’d like Foxy by Proxy to dedicate a show where all of the performers would dancd to a song by a local band or musician, I want to keep this collaboration going and growing!”

You can watch a couple of clips of from Red Delicious’ shows below.

Photo Gallery: EarthGang at the Granada