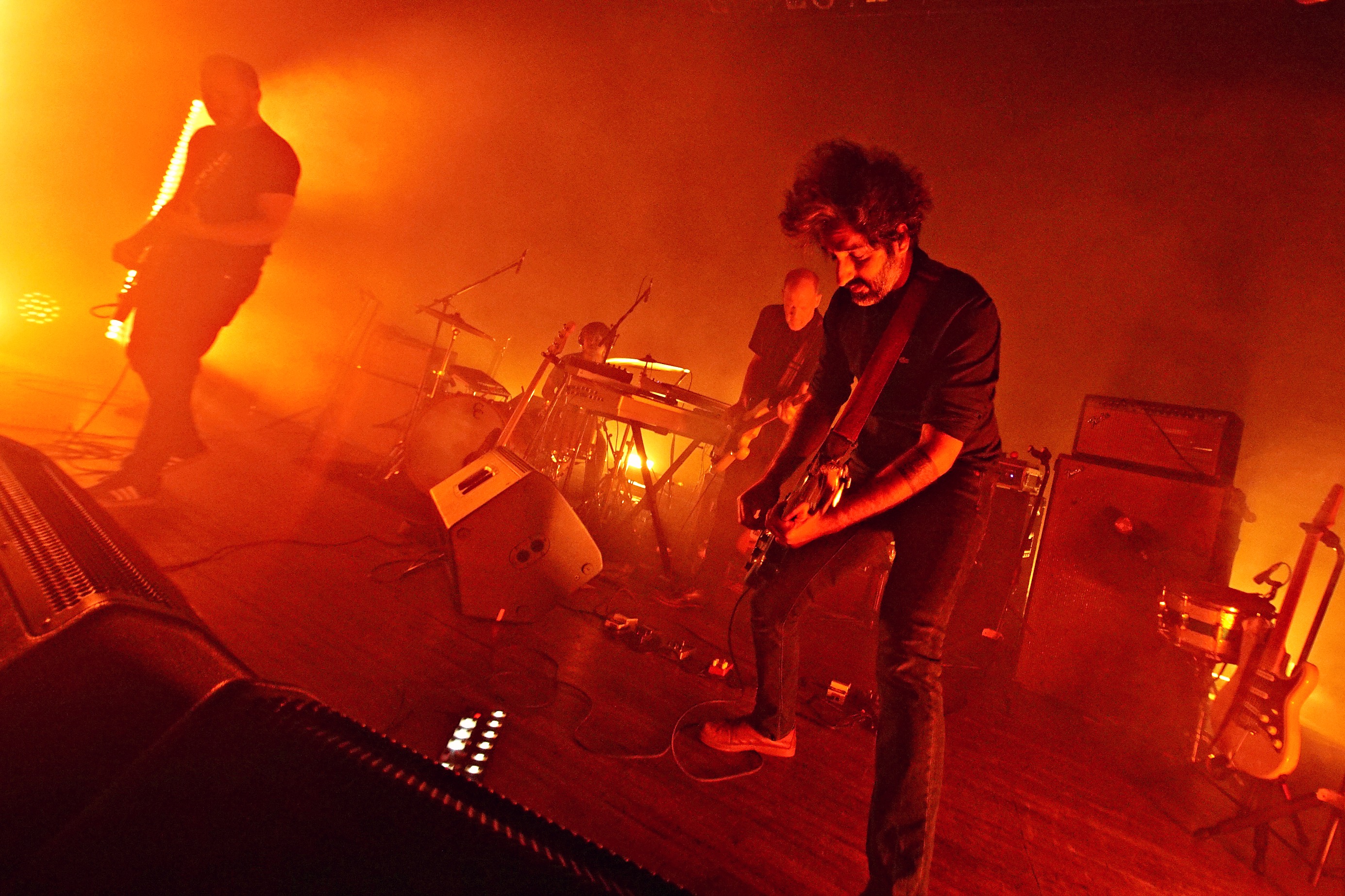 On the third to last show of the second leg of “Part One” of their twentieth anniversary tour, Explosions in the Sky took to the Liberty Hall stage on a gorgeous October night, returning to Lawrence for the first time in over a decade (and if my sources are correct, the first time in the area since 2013 when they opened for Nine Inch Nails at the Sprint Center). Opening act, FACS, a Chicago three-piece started the night with moody shoegaze; atmospheric, brooding rock that started the ever-so-slight head banging throughout the crowd. Heavy bass lines, squealing guitar, and raucous drumming were a great primer for the main event.

And when Explosions in the Sky took the stage, dressed all in black, they were greeted by a flurry of applause. A brief and polite reply of thanks before the set began; a humble note from a band celebrating a milestone not easily achieved. And when the set began with “A Song For Our Fathers,” from their first album How Strange, Innocence the stage flooded with harsh white and soft blue, illuminating the band with the same scheme that graces that album’s cover. The light show would wave a pallet of color across the band throughout or silhouette them against a foggy darkness. The scope matched the band’s sound; for fifteen years E.I.T.S. has been described as “cinematic” and for good reason: they’ve contributed their sound to film and television compositions alike. But to stand there and experience it in person, it’s difficult to not think of all the major milestones one experiences in Panavision and score it with this beautiful music.

In their subtle moments, silence from the crowd, to hear every nuance. And then a burst of energy in slamming moments like the finale of “The Only Moment We Were Alone” or the introduction to “Greet Death.” Of course a warm welcome was in store for “Your Hand In Mine” and even this jaded old writer found goosebumps hearing it. The band would sway in unison; a well-oiled machine after twenty years of familiarity. Their set (find it below) covered almost their entire discography, ranging from the first release to their most recent, The Wilderness. A terrific and well-earned celebration for an accomplished act; a warm familiarity wrapped itself around us all, and stayed with us into the night.

A Song For Our Fathers

Catastrophe and the Cure

The Only Moment We Were Alone

Have You Passed Through This Night?

Your Hand In Mine

The Birth and Death of The Day