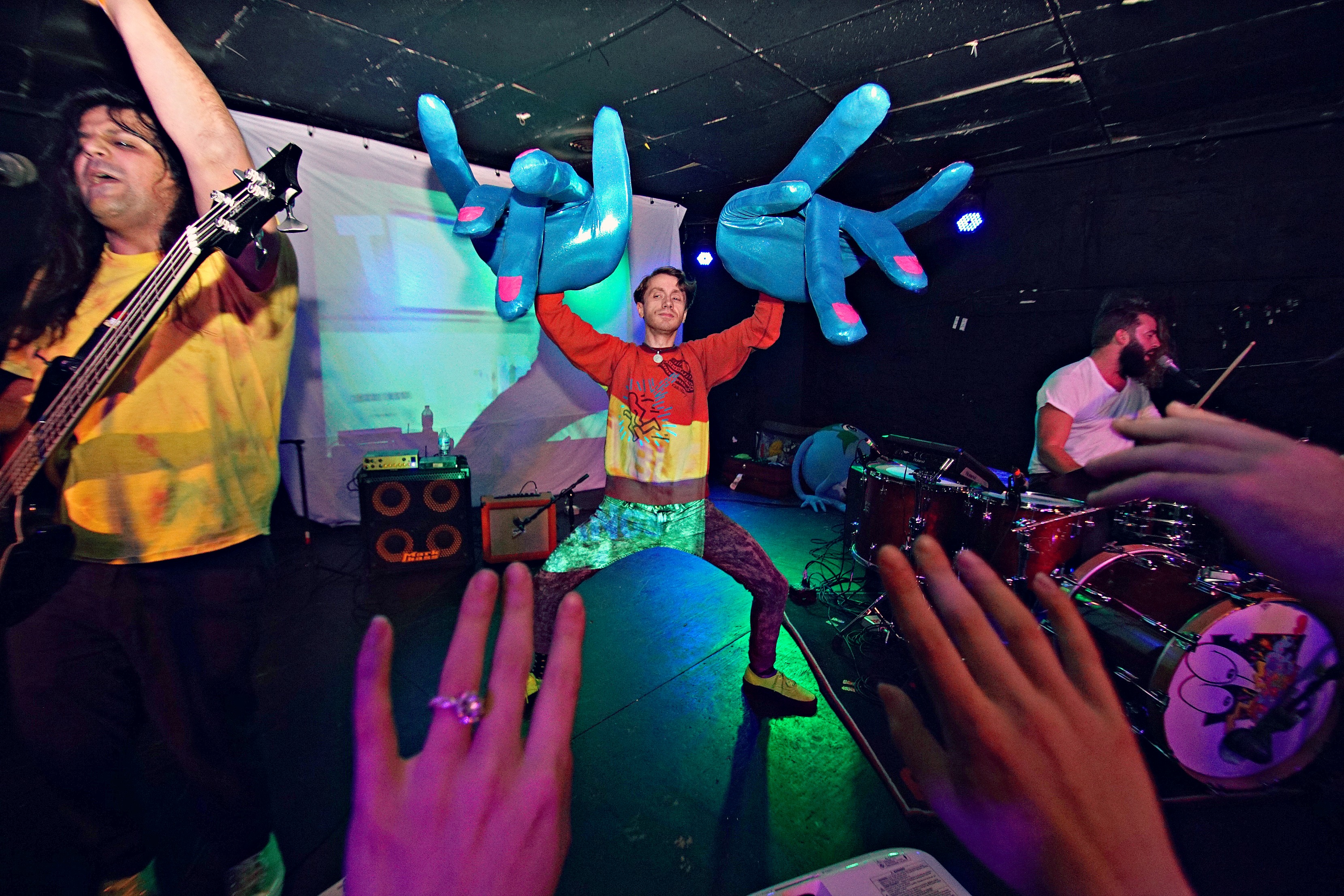 There’s no such thing as standing idly by at a Brick + Mortar concert. Every song is laden with audience participation that evokes so much fun, it’s hard not to dive right in. They bring a lighthearted approach to their heavy lyrics. The band distributes “pills” while donning a giant Rx bottle costume to protest opioid addiction, throw a giant globe into the audience to encourage fans to protect the planet and “keep this place beautiful,” and lead the crowd in anti-racist chants. Brick + Mortar may be one of the last great indie bands that tries to keep their fans on their toes. Even with a small and cozy crowd at the Bottleneck on Monday night, every song was an intricate back-and-forth dance (and rapport) between performer and admirer.

They were joined by the ever-fun and shredding Dentist, a band that’s no stranger to Lawrence and conjures up all the Riot Grrrl vibes. Lawrence newcomer Sheep’s Clothes opened the night with a moody electronic set, heavy on the synths. His songs are best described as listening to a conversation where Dave Gahan and Thom Yorke get together to discuss their problems, but are only allowed to communicate through song. His pleasant onstage demeanor (he handed out candy, you guys) stands in stark contrast to his heartbreaking lyrics (make sure you wear mascara that doesn’t run when you see him play).