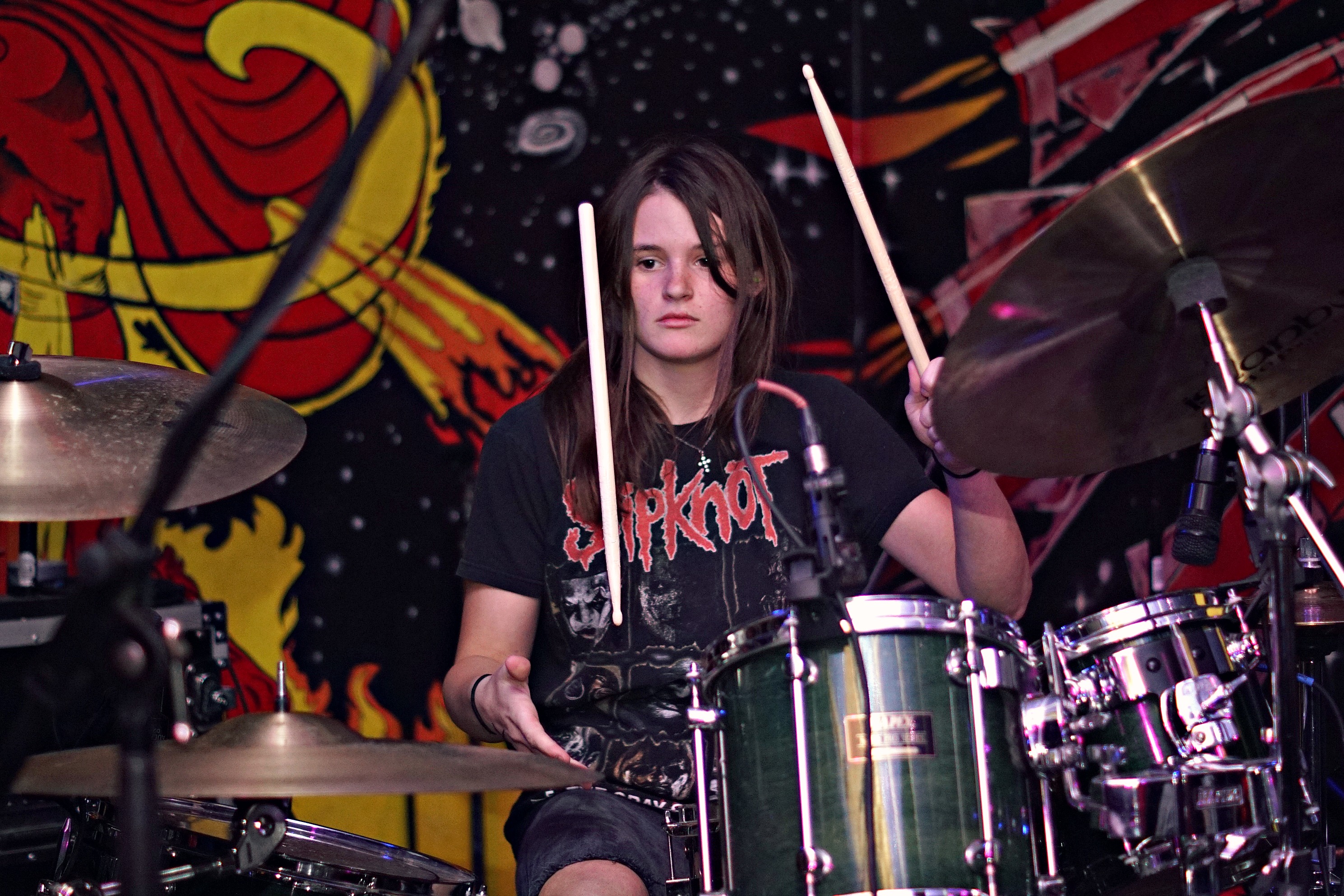 The Replay threw a stellar metal show on Halloween weekend full of headbang and doom worthy moments, but one particular musician stole the show.

Delaney Jaster, who just turned 15, may be one of the best local drummers we’ve ever seen. She plays in a two-piece instrumental band called DFITD. It was all eyes on her as she just destroyed during the band’s Saturday night set. In addition to nonstop stick tricks (so much twirling!), the songs allowed for several drum solos that built up the momentum. Everyone had their phones out in astonishment, and it was clear they were impressed just as much as they were seething with jealousy. We heard one audience member half-jest “I don’t appreciate being flexed on by a 15 year-old girl.”

By the way, DFITD is looking for a vocalist, though they hardly need one.

They were joined by Orphans of Doom, Canyons, and the best meme-makers in the scene, Merlin.

By the way, DFITD posts a metric fuck ton of videos of Delayney playing the drums like an absolute madwoman over on their Instagram page.

Photo Gallery: EarthGang at the Granada