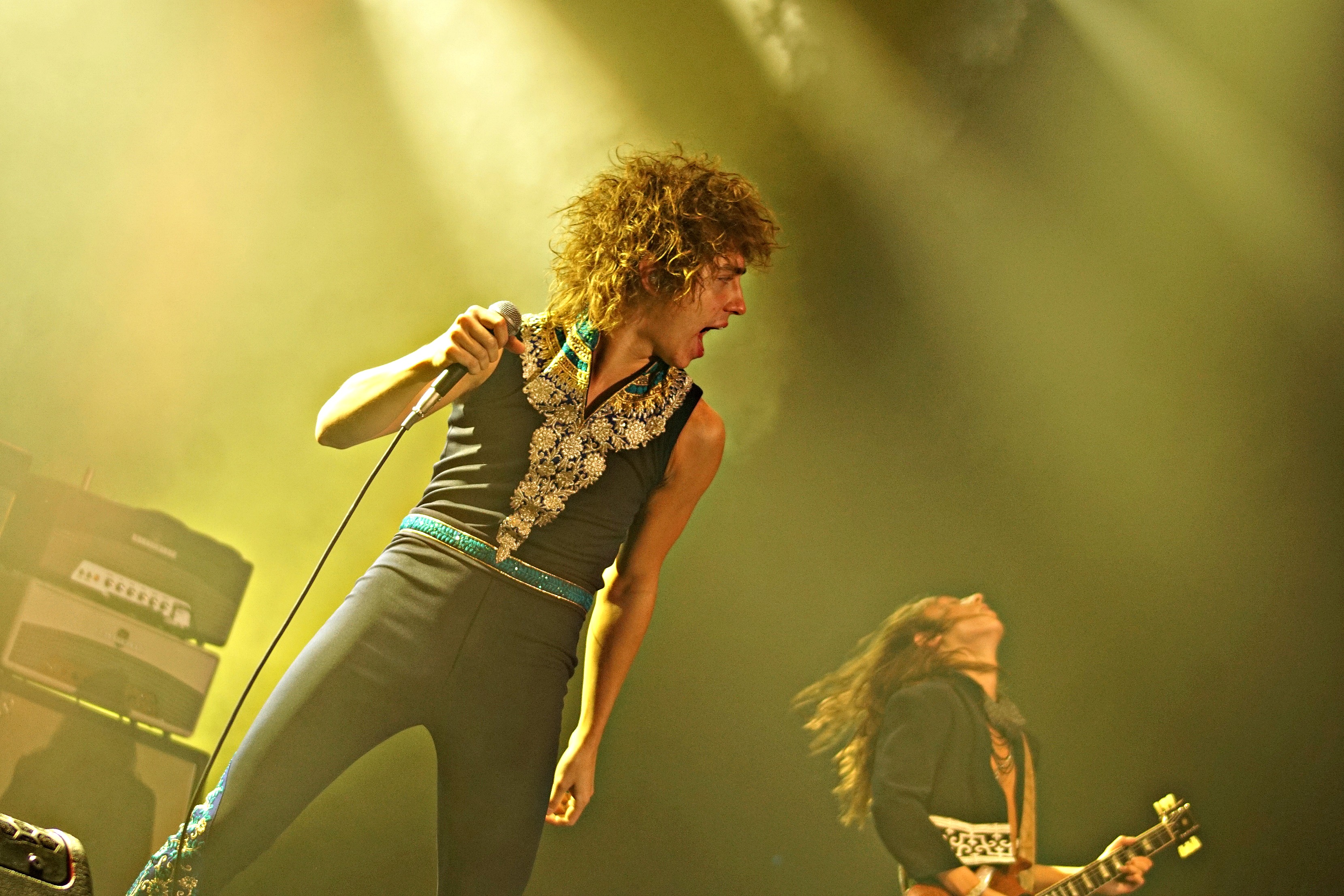 It was one of those shows that proved the old saying true: Rock and roll doesn’t come from your heart, it comes from your crotch. There’s nothing that could have prepared Kansas City for the sheer potency of Saturday night’s show at the Starlight. Greta Van Fleet dazzled even their most hardcore fans with one for the books, one that left them quivering in an absolute hot fuss.

If the Starlight had a roof, Greta Van Fleet’s energy would have blown through it. They kicked off the first night of their “March of the Peaceful Army” tour in fine form. Vocalist Josh Kiszka emerged merely a silhouette, thrusting white roses at the audience in his beautifully embroidered getup. We’re certain that by the end of the night, at least someone threw a bra back at him. Greta Van Fleet fans did not mess around– the show sold out and it was one of those concerts where almost everyone showed up wearing the band’s merch.

It’s incredible just how many miles Kiszka is getting out of that voice. They get a lot of heat for their Zeppelin-esque tunes, but not enough credit for how hard they go with their abilities. Those vocals wail throughout every song– not just every now and then, but constant, long, and drawn out wails. Josh’s vocal wailing is matched by his brother Jake’s guitar wailing, performing a fierce and intricate back-and-forth with each other, yet lifting each other higher with every tussle. The band left room for all manners of impressive musicianship, including a good old drum solo.

In an era where we have a lot of dream pop and synthesizers taking over Spotify playlists, it’s refreshing to hear a good old rock and roll band. It is as classic a set up as you can get: a guitar, bass, drum, and flamboyant vocalist. They checked all the right boxes. Even with just the four of them, they utilized the entire stage. They sprinted about, leaned against each other, lunged towards the audience, and made all the connections they could with their overwhelming amount of doting fans.

They were joined on this night by Shannon and the Clams, who are no strangers to Kansas City. Despite disappointingly low lighting which left half the band in the dark, they shined bright in their hot-pink suits and gorgeously retro-themed tunes. They treated the crowd to heartbreaking ballads and a pretty badass cover of Jefferson Airplane’s “White Rabbit,” and left some women leaping up from their seats and dancing along.