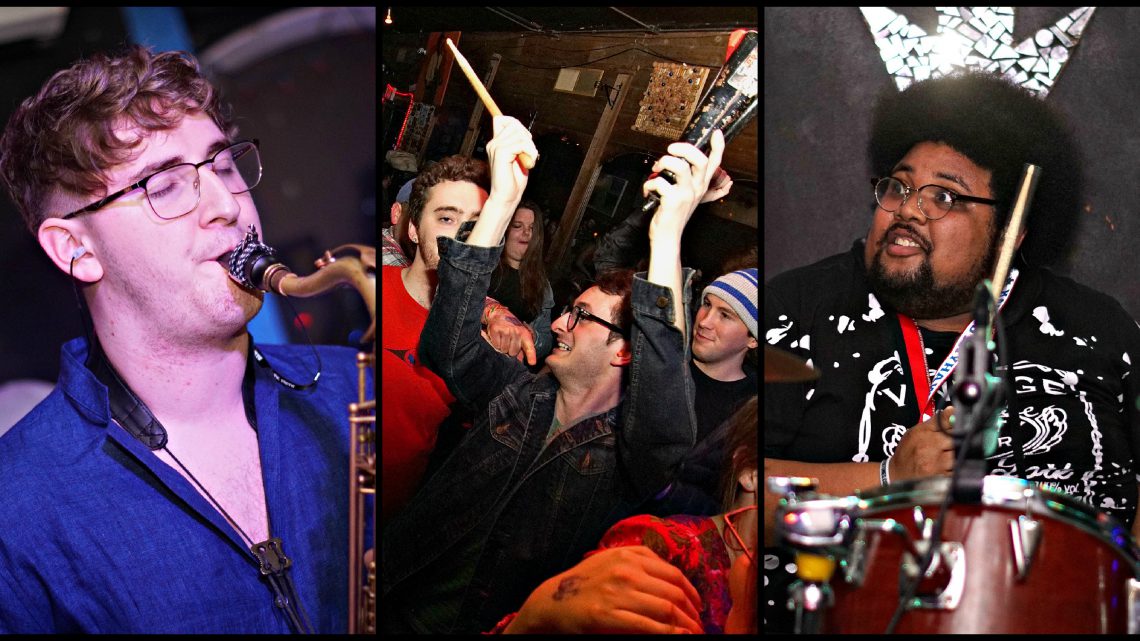 The floor was just shaking at the Jazzhaus on Friday night. It was easy to lose your footing in all the commotion. That’s because Lawrence’s newest party band, Glass Bnadit, was tearing it up.

This is the band that’s going to make jazz cool again in Lawrence. They played it all, anything from intricate horn arrangements for their originals to overly-excited cowbell-driven covers of pop songs like “Africa.” The place was just on fire. The horns were dueling with each other, while the rest of the group played with rhythms in a way that never dropped the beat.

Glass Bandit has everything you could want, including a very charismatic drummer and saxophones that go head-to-head in a duel. With this much excitement driving the band (one who, as far as we know, doesn’t even have an album out yet), you’re likely to see more of them this Summer. These guys were so popular, that not even a frigid rain storm stopped their fans from showing up in large numbers and cheering them on with endless passion.