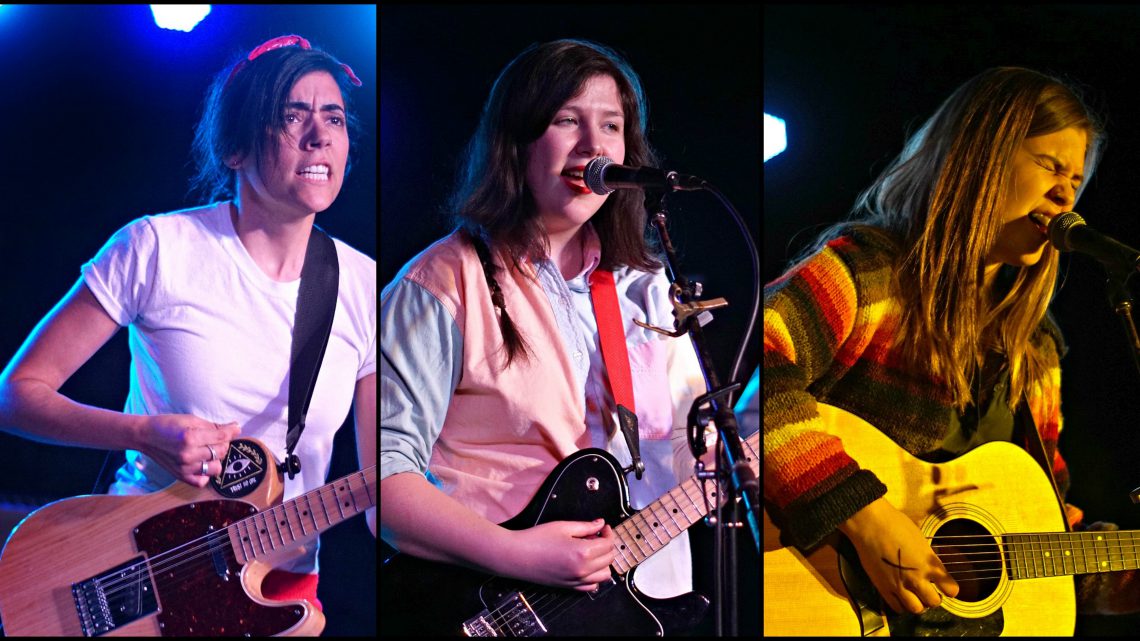 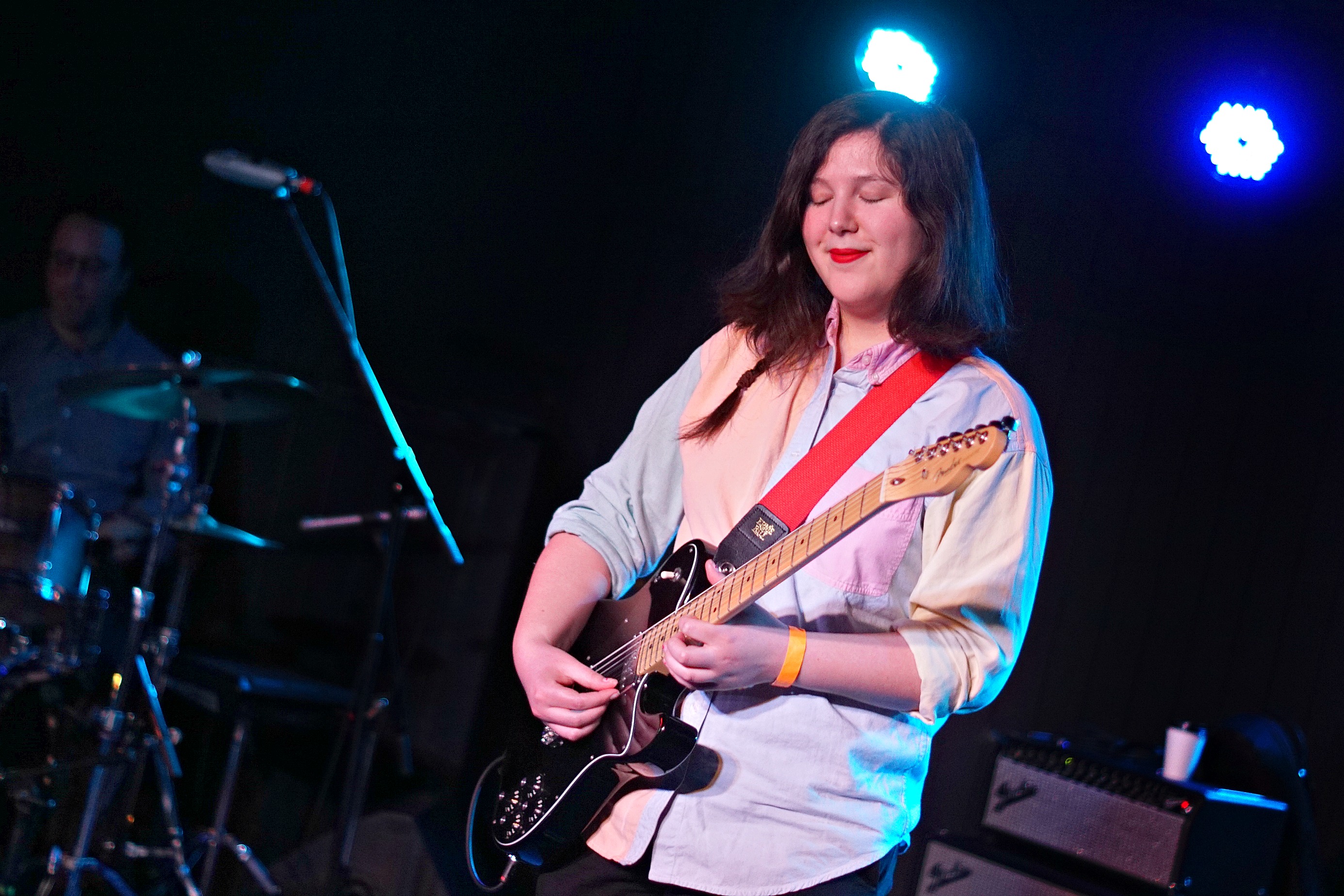 We know Lucy Dacus produces a lot of ballads for the broken heart, but you just couldn’t help but leave her Bottleneck show in a good mood. Up on that stage in front of an absolutely packed audience on Tuesday, her songs felt delicate and uplifting. This was honestly one of the more pleasant shows we can remember in recent history, as the fans were attentive and just lovely. This is the effect Dacus has on a crowd… her demeanor was as soothing as her guitar tone, and it appeals to both older and younger fans alike (the audience on this night was quite a mix of ages and backgrounds). 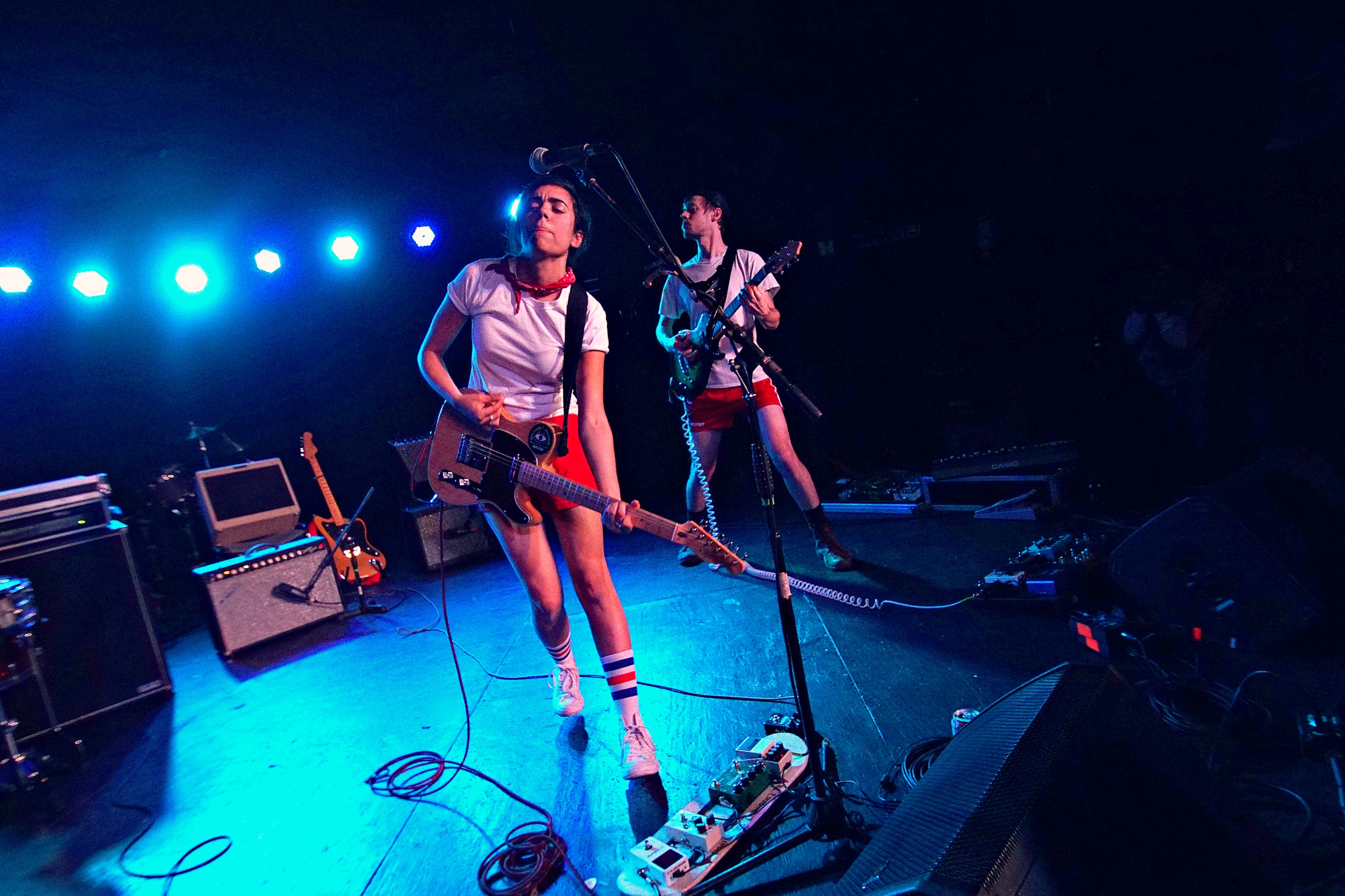 She was joined by LA-based Illuminati Hotties, a positively delightful and charming group of rockers accompanying Sarah Tudzin, who divided her time between delicately singing into the mic and bopping around the entire stage. They donned matching white t-shirts and red booty shorts. Many fans were taken not only with Tudzin’s empowering and outgoing onstage disposition (she stopped at the beginning of the set to extend greetings and shake hands), but her pedalboard which she fashioned out of a skateboard (lots of cell phones were out and snapping photos of the board).

Local songwriter Iris Elke opened up the night with one absolutely gut-wrenching ballad after another. How did this happen? How does someone so young with X’s on their hands sound like a 40-some-year-old woman who’s endured endless heartbreak after heartbreak? What did Lawrence do to deserve such a musician? We can’t think of one single local teen musician in the last two decades who had such a calm yet advanced presence in their craft. It’s simply astonishing the strides Iris Elke has made in just the last year alone, and we’re giddy at what’s in store for this rising star’s future.