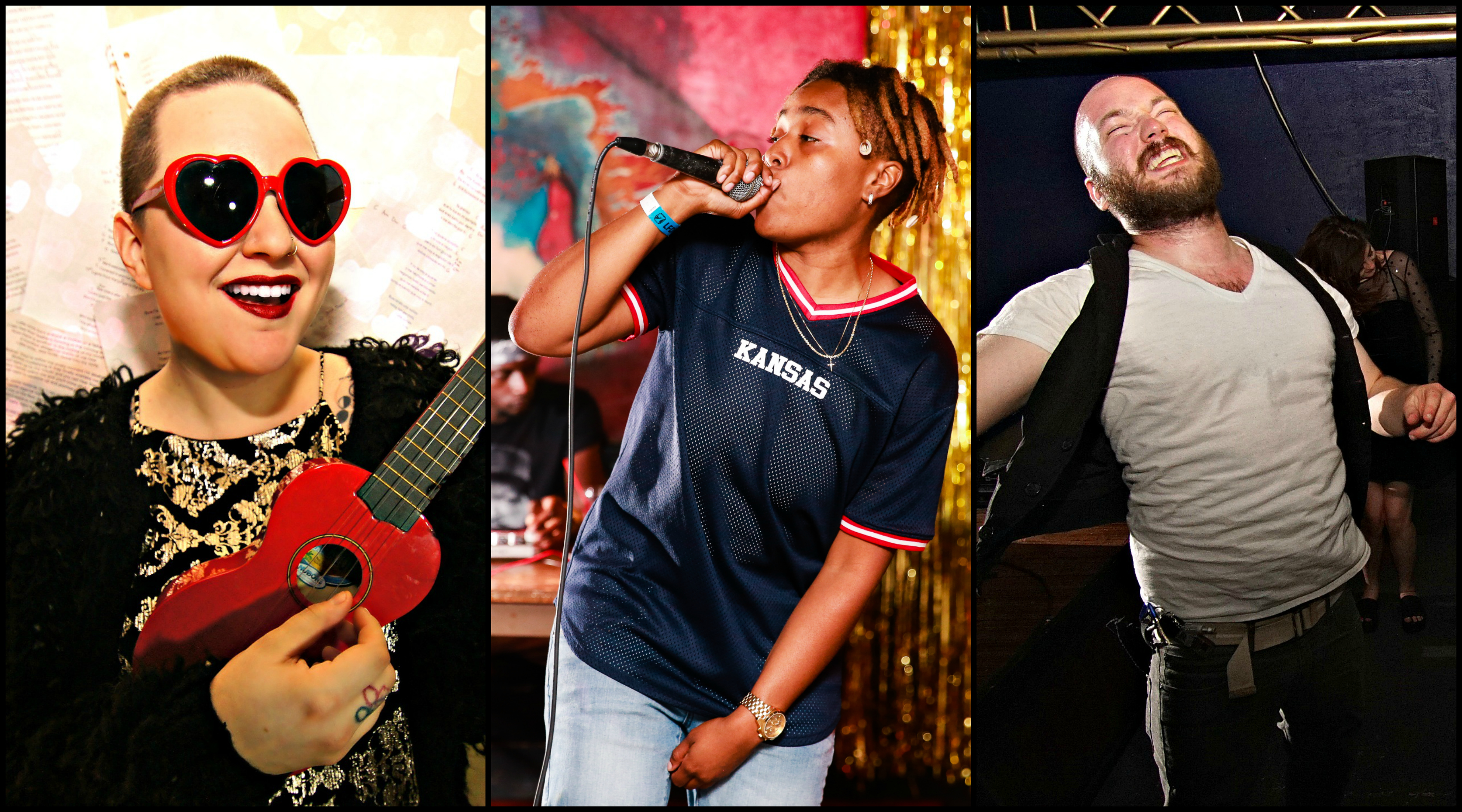 Happy Valentine’s Day, dear readers! Because we heart both you AND local music, we’ve listed some of the most romantics songs by Lawrence musicians. Listen with the ones you love, then you can go and hear the real deal in person! Keep checking our concert calendar, because these musicians play often.

If you believe in love at first sight, you’re not the only one. Word on the street is local rapper Approach spotted his future wife from across the room and was instantly compelled to write a song about her. What resulted is a slow jam unlike most of his other tracks, though his excellent rapping skills are still prominent and center stage. “Every King needs a Queen” he pleads on “Chief.” If you’ve ever had tunnel of vision when you spotted “the one,” this song will resonate hard with you.

Cuee needs “that runaway girl” and wants to let the whole world know. “From afar I admire her beauty, from her walk I can tell that she a cutie. Bamboo earrings, at least two pair, I’m a sucker for tight curls and natural hair.” They fell head over heels in love with a girl in the room, and Cuee gets damn near giddy over her in this song. It’s just so damn adorable, we couldn’t possibly compile a list of love songs without including this ballad.

Elliot Fox fits the three U’s in the local music scene: Underground, underdog, and underrated. He keeps a low profile with his stage shows, but they’re nothing to scoff at. His track “Lovers” is an absolute banger, with the musician erupting in the chorus “You’re my favorite lover now!” It’s an uplifting track full of rich and vibrant synth sounds, and a must-listen for fans of electronic music.

We’ve affectionately dubbed Kat King “the Carly Rae Jepsen” of Lawrence for a reason. Her sugary sweet demeanor and pop sound have made her intensely likable in the local scene. It’s easy for her vocal harmonies in this song to lift you up until you’re soaring through the chorus.

Honestly, La Guerre is the very picture of romance. But she’s also the picture of gut-wrenching heartbreak. Her releases are constant and steady, and every one of them both simultaneously stabs and heals your heart. So as hard as it was to just pick one track, we went with “I Will Find You.” The lyrics show our protagonist desperately searching far and wide to connect with their obsession, and those soprano highs are just dreamy as heck.

Plus, being the hopeless romantic that she is, La Guerre’s Katlyn Conroy runs a “song for hire” type of business every Valentine’s Day.

The Roseline – “Moving In a Dress”

We just love this country crooner. Where his album Townie had all the dirty laundry of one’s reckless youth on display, Blood is where (as is usual with a lot of men) you get the feeling that he met a fantastic woman and shaped the hell up. “Moving In a Dress” feels like an ode to the most beautiful woman on the planet. An unexpected arrival in your life, one you’re willing to drop everything for. Plus, there’s that sexy sax… and you can’t go wrong with sexy sax!

The Sluts – “There You Were”

Sometimes it’s not so much about love, but lust. If there’s one band that knows lust inside and out (ewwwww….), it’s The Sluts. We’re not sure if “There You Were” is about someone so striking that they catch your attention from across the room, or if it’s about settling for whoever’s left at the bar at the end of the night. Either way, boinking is on the agenda because “I ain’t going home alone,” states frontman Ryan Wise.

Don’t shoot the messenger, it can’t all be romantic…