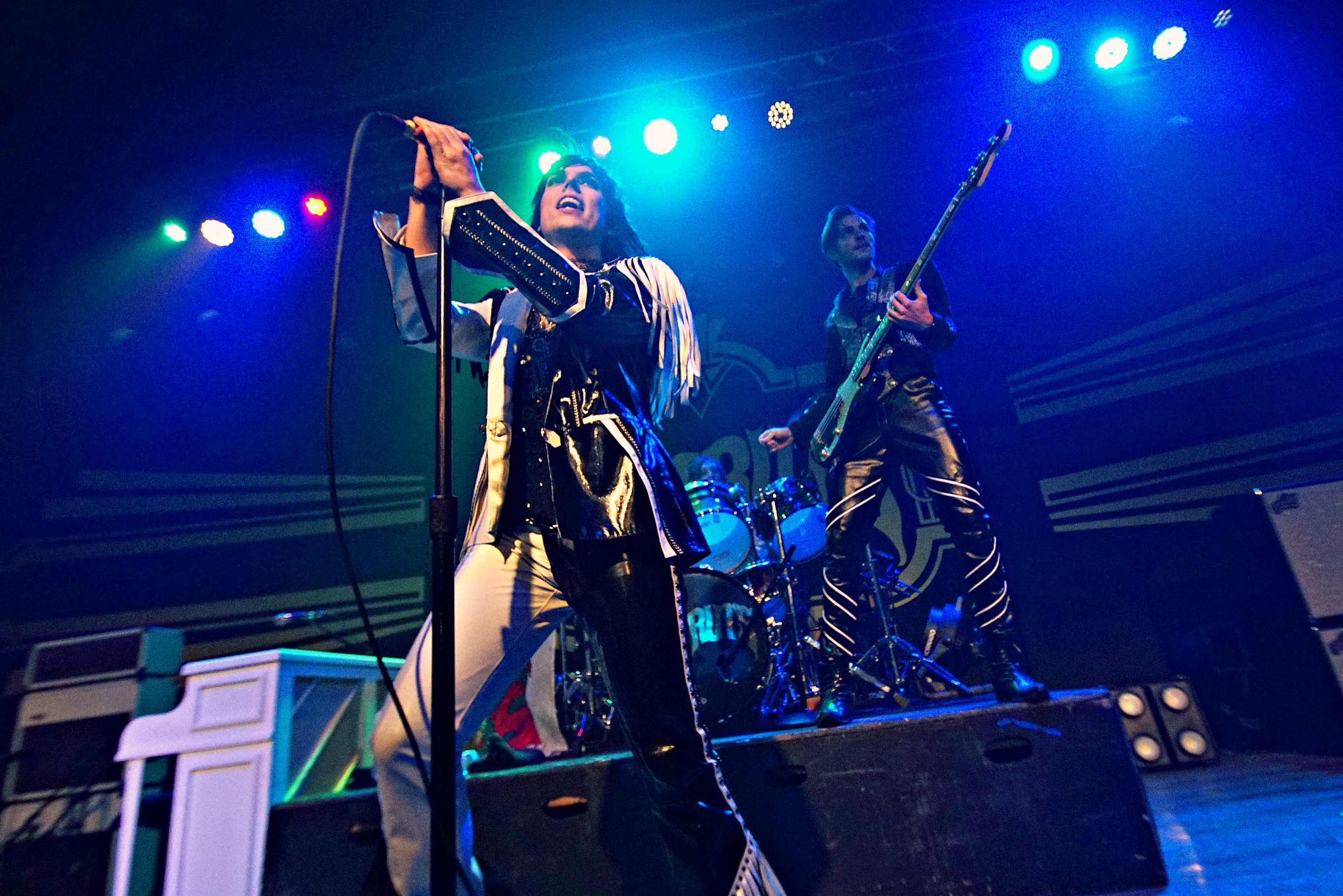 We’ll just go ahead and say it: If you like Queen, you’re going to love The Struts. There’s no shame in comparing them to the legendary band. They (quite obviously) draw a heavy influence from the stadium rockers, right down to the eccentric and well-dressed frontman. Vocalist Luke Spiller has even been dressed by Zandra Rhodes, who designed clothes for Freddie Mercury.

But fashion aside, The Struts are one of the most outstanding rock groups touring the globe. With less than a decade and only two albums under their belts, they have become such a force to reckon with, it’s no wonder their fandom comes in large numbers. When they played the Granada on Tuesday, we even spotted an older fan with the band’s name tattooed on their arm.

This high-octane, explosive, glam-infused extravaganza is saturated in enough retro rock to draw in a variety of age groups. There were folks well into their 50’s and 60’s screaming just as loud as the teens in the audience. Spiller’s stage presence, however, stole the show. He was an absolute showman in every sense, with every set of eyes in the place locked in on him hard. Spiller’s got the most fabulous threads in the rock game (sequins for days, folks) with the talent to back it up.

There’s no doubt their popularity will soon snowball out of control, and you may see them playing larger arenas soon. They had all the best ingredients for a stadium rock band— an eccentric frontman, a metric fuck ton of opportunities for audience interaction and sing-alongs, costume changes, fans arguing who’s seen them more… and they even took a request shouted at them from the crowd mid-set. It’s normal to see a few fans duck out of shows before they’re over, but that didn’t happen here at the Granada. Everyone stayed through the encore. You’re hard-pressed to find musical groups with that much control over an absolutely infatuated audience. Chances are, they’ll outgrow Lawrence venues in the blink of an eye.

They were joined on this show by The Glorious Sons, an ass-kicker of a rock band from Canada. The band provided solid rock and roll that kicked the momentum of the night into high gear from the minute they took the stage. Fevered guitarists and a tracksuit-clad frontman slinking back and forth across the stage made for a memorable set, but not as memorable as their husky rock noise that can have any music fan gleefully thrusting the horns into the air. You can catch them back this way when they play recordBar in Kansas City on March 2.