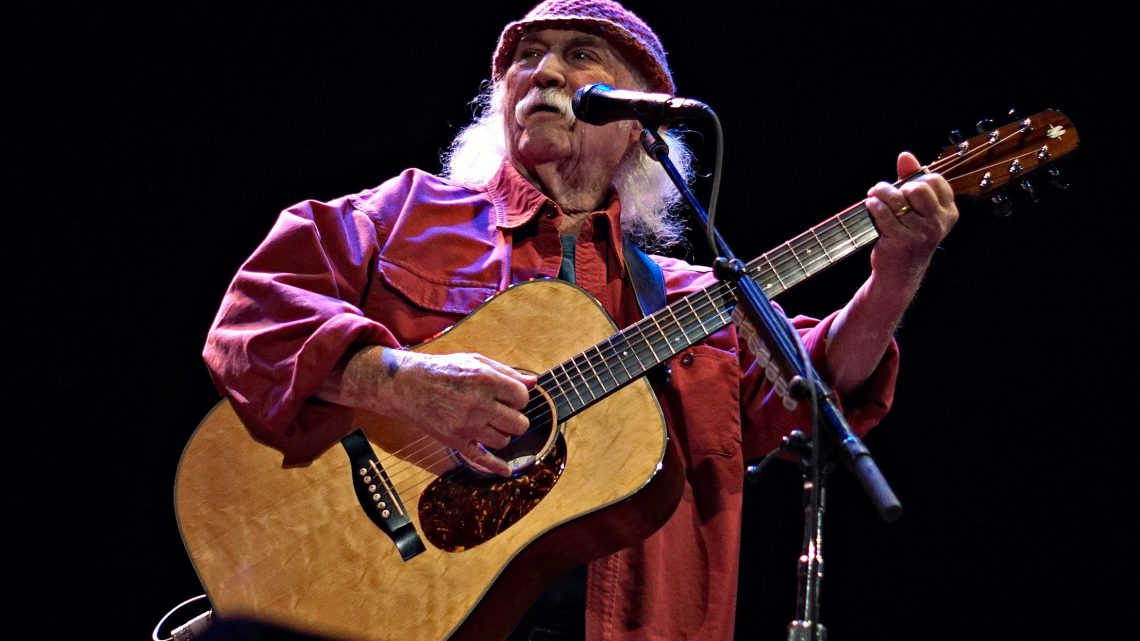 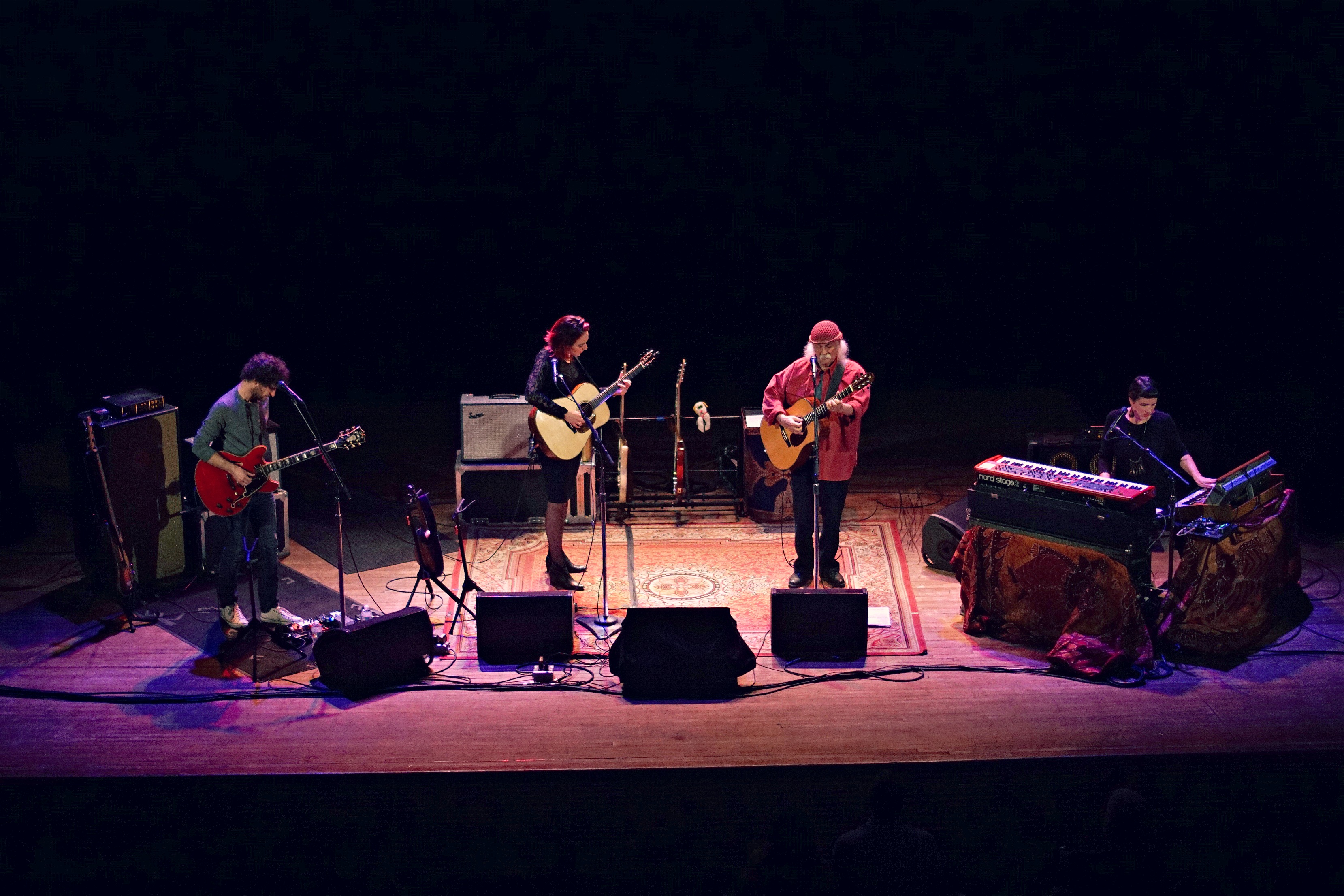 It had to have been one of the most beautiful sounding sets we’ve heard at Liberty Hall. Even the main attraction himself, David Crosby, noticed. “I can hear!” he exclaimed a few songs into his Saturday night set. He noted that sometimes he plays a lot of places that look beautiful, but don’t always sound beautiful. On this night, however, he commended Liberty Hall for the historic venue’s good looks and admirable acoustics.

It’s a good thing the audience could hear Crosby so well– he came loaded with stories. Touring in support of his latest album, Here If You Listen, he happily chatted away between songs and often joked with the audience. Even when he teased the (mostly) aged group for coming in late or fumbling around for their seats, he quickly apologized and brought out the charm. This was his nature. Crosby is soft spoken, with a calm cadence that demands a sold-out show’s attention. 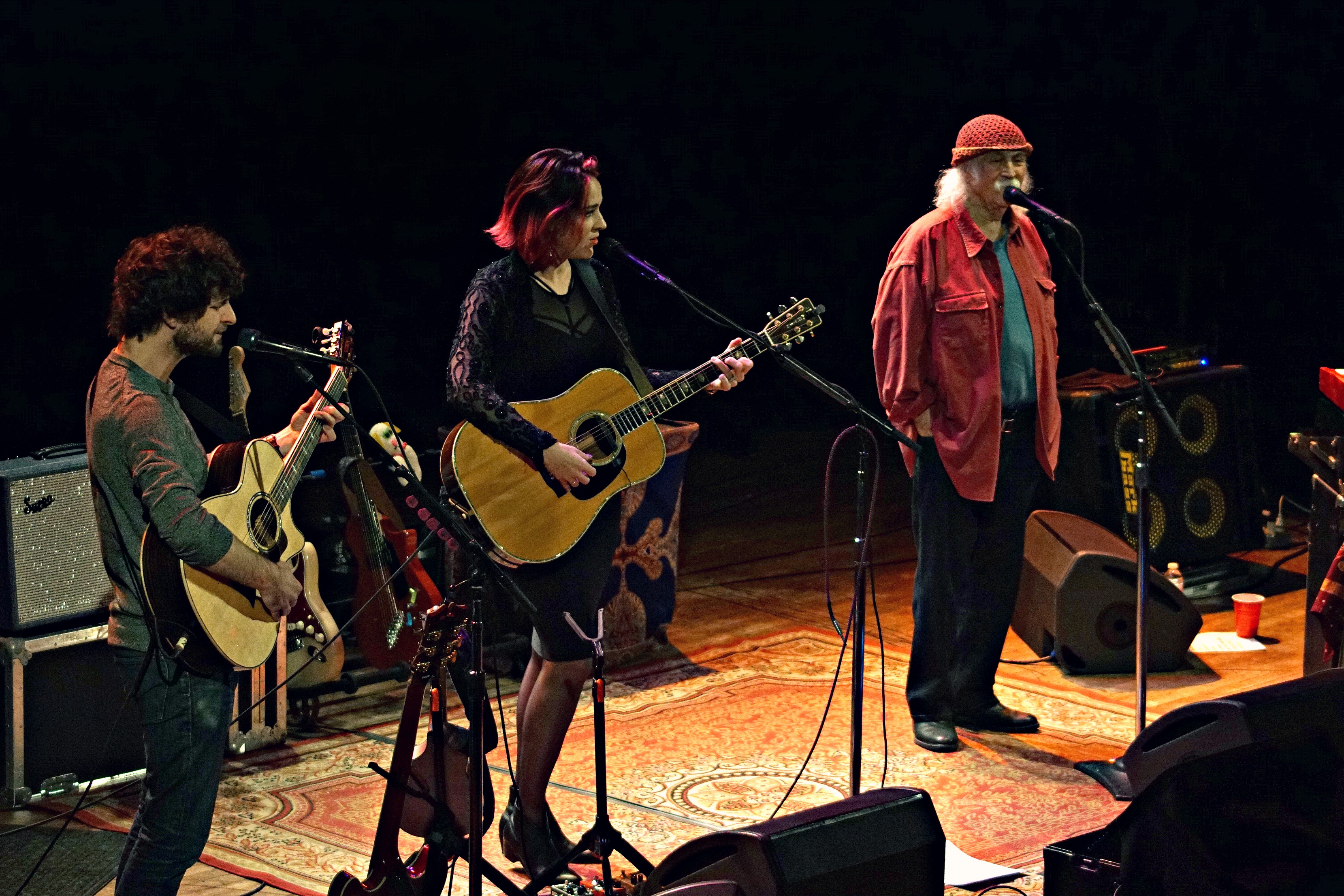 Along for the ride were a group of musicians (hence, the “Crosby and Friends” tour printed on the tickets). Michael League, Michelle Willis, and Becca Stevens all lended their talents for this highly collaborative project. “I must be the luckiest son of a bitch in the world,” he remarked. “I keep picking great people to perform with.” All four had equal input on songs for the album, even ones where they dug up decades-old recordings (some as far back as 1967) as they resurrected old melodies with new arrangements. It was a simple setup, with peaceful guitars and finger snaps in place of percussion.

The camaraderie between the three was pleasant and delightful, with Crosby jokingly referring to himself as the youngest of the group while the other three pretended to pick on him (older-sibling-style) throughout the set. He recounted tales of giving The Beatles’ George Harrison a Ravi Shankar album and dabbling in science fiction tales (which became influential in his songwriting). A highlight of the night came when Crosby introduced “Other Half Rule,” a song off the recent release. “We wrote this song asking the women of the United States of America and the world to take over things,” he noted. “We think you’d do a good job.” The song not-so-subtly dug at Trump, and as soon as he sang the line “Move aside while the other half rules,” Crosby and League stepped back while Willis and Stevens (the women in the group) took the lead (I see what you did there, Crosby).

The set, like his tamed demeanor, was fairly pleasant overall. Though he talked of tense subjects such as politics and the wildfires raging through California, it was easy to see that the 77 year-old Crosby is carefully using his remaining time on Earth to make, simply put, music that makes you feel good. When he is faced with an emotion, he writes a song about it. This has always been his case through the years with The Byrds and Crosby, Stills, & Nash. He’s charming, stands for democracy, and consistently lets you know where to find beauty. For that, the audience was grateful and, even with a bitterly cold wind whipping through Downtown on Saturday night, Crosby’s words filled them with a warmth that’s sure to linger long past his time.

Previous Article The Midnight Devils tore Lawrence a new one