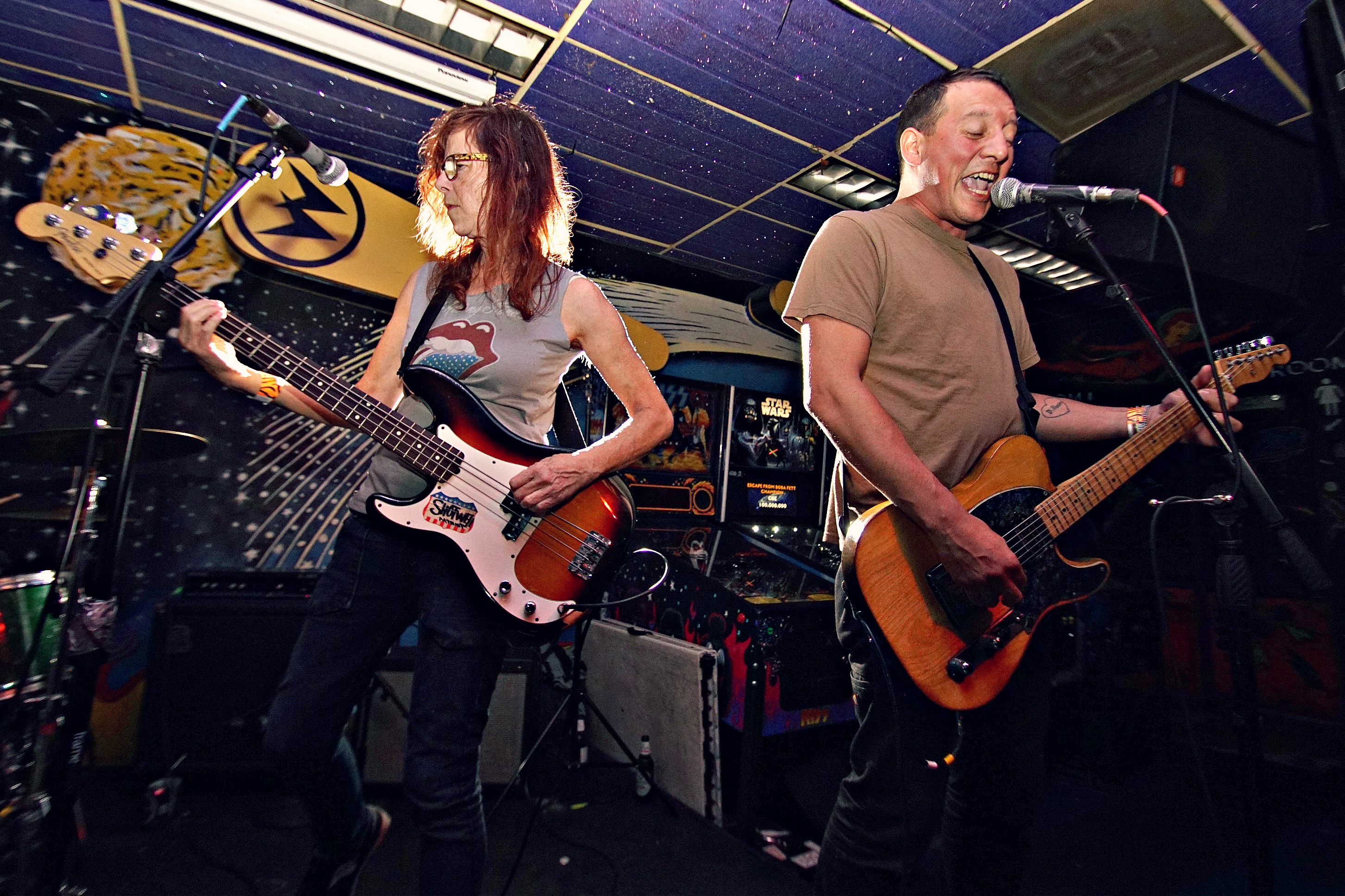 You know it has to be a pretty good lineup for the Replay to host a late-night Sunday show. Despite a saturated and rainy weekend, Sunday night’s event proved to be worth a trek through the downpour thanks to three vociferous bands. RiversEdge, comprised of members of Future Virgins and This Bike is a Pipe Bomb, capped off their tour with a furiously fast set. If you had taken a smoke break, you might have missed them. All the guitarists took turns at the mic, with every member blustering full of rapid energy that jump started the venue. While their tour was coming to an end, Nature Boys’ is just about to start. But in a grand stroke of bad timing for the Kansas City trio, bassist Suzanne Hogan broke her arm while playing baseball. So she traded her guitar for a small synth and played it one-handed. It worked well enough that we’d like to see the synth make more appearances, even after her arm heals. Tire Fire started off the night with resounding and ear-splitting tunes. It feels like every time we see Tire Fire, their set feels different. New songs are definitely always in the works, and this is a band constantly developing their sound– a guitar-heavy style thick with sonorous riffs and drums that keep the band’s stride exclusive to their brand of turbulence.

Pale Tongue just released an ass kicker of an EP

Photo Gallery: The Districts / Westerners at the Bottleneck