Billy Idol brought the rebel out in Kansas City

Billy Idol brought the rebel out in Kansas City 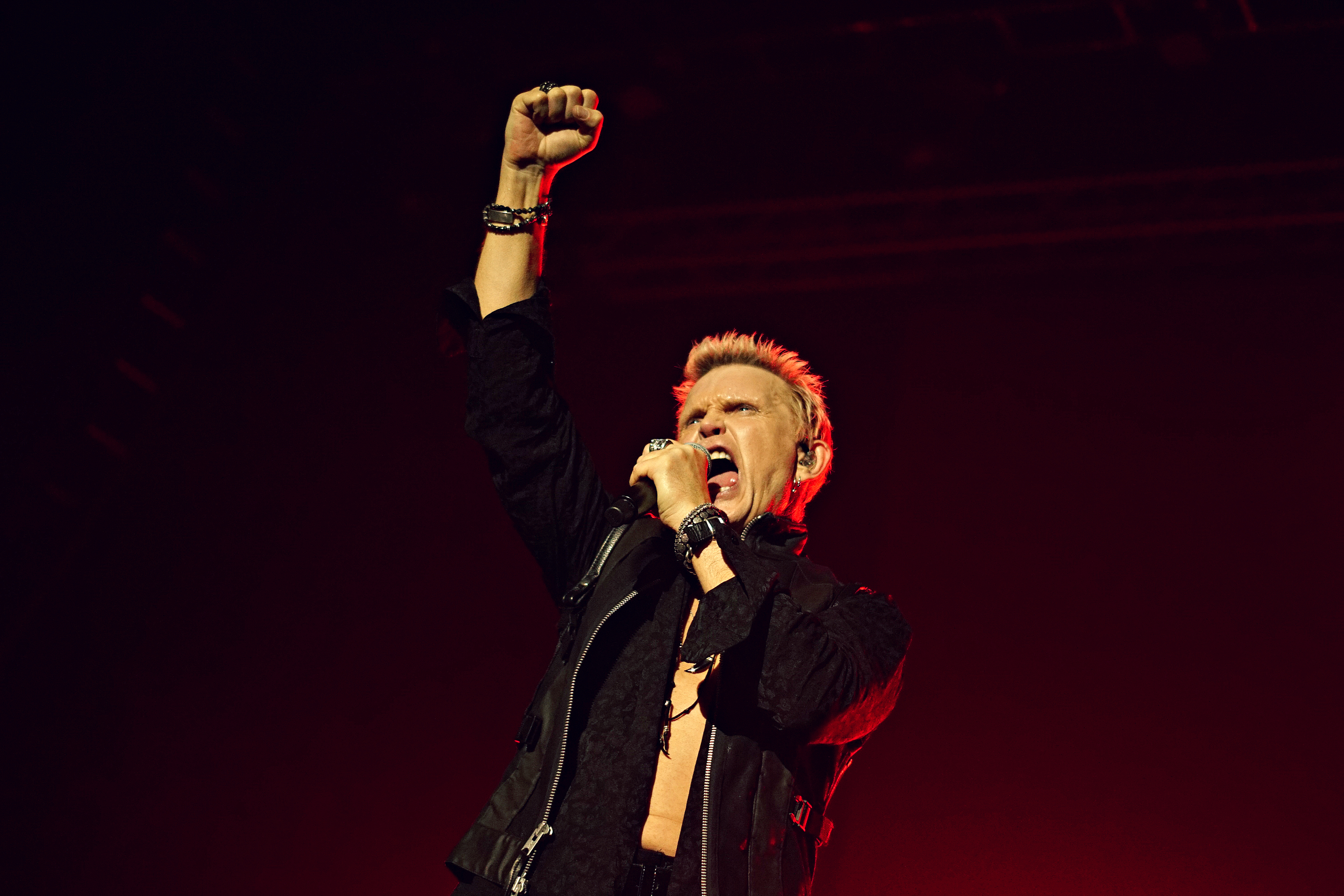 The most important question in Kansas City on Friday night was which Billy were you going to party with. Across town at Kauffman Stadium, you had Billy Joel. At the Uptown, you had Billy Idol. We headed for the latter.

The sold-out show meant scores of rowdy revelers were treated to a night of reminiscing and rock and roll with the 80’s icon. If you had watched the show with your eyes closed, you could hardly tell any time had passed thanks to Idol’s exquisite vocals. His onstage demeanor was feisty as hell, as he sprinted between members of the band while flashing that signature snarl all over the place. He also channeled his decades-long signature style thanks to a series of various leather jackets (some long, some short, some with sleeves, some without), though he rarely wore a shirt.

Idol’s fans comprised of rough and tumble rebels constantly growing more turbulent throughout the night, but he had them obeying his every command. He lead them in chants, and by the time he ended the set with “White Wedding,” they were screaming his lyrics back at him: “START AGAAAAAAAAAIN!” Nearly every fan stayed put, packed like sardines at the Uptown, right through the encore.

The rocker’s picture-perfect presentation was only surpassed by the amiable fondness he showed for longtime guitarist Steve Stevens (whose signature “Top Gun” riff made an appearance). The bromance between those two was legit, and about as delightful as “The Life Aquatic”‘s Steve Zissou and Esteban. “Thank you, Steven Stevens, for making my life FUCKING GREAT!” he proclaimed at the end of the night with an arm thrown around Stevens’ shoulders as though they were stumbling home from a night at the pub.

But beneath the flash and fame of all the pop hits were top-notch musicians who never faltered once. Stevens’ guitar work was glorified in several solos, and the drummer treated fans to a lengthy intro into Idols’ cover of Tommy James and the Shondells’ “Mony Mony” in the encore. Idol, however, took the cake with impressive stamina, foolproof growls, and a thrilling live presence that was pretty ace. You can call Billy Idol a lot of things… the Godfather of MTV, King of the 80’s, Adam Sandler’s in-flight bouncer… but the one thing you can’t call him is a poser. He gave his fans the full Billy Idol experience– and by the end of the night, with his mic gently tucked into his ultra tight pants, we were convinced that he is (without a doubt) one of the gnarliest performers on the planet.

Master of Fun: Fantastic Negrito and the striking art of storytelling