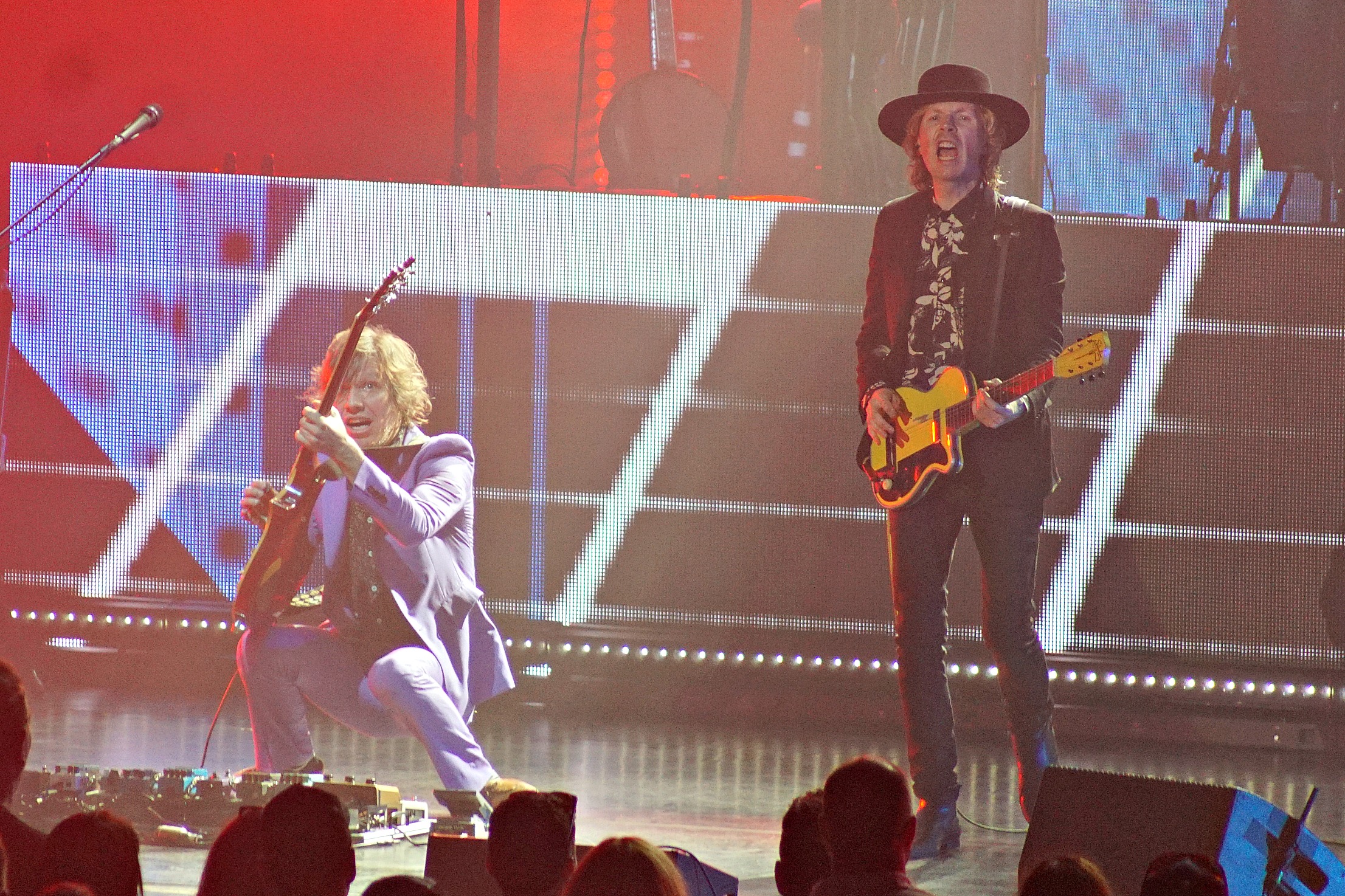 Make no mistake about it, this was a show for the fans.

When Beck rolled through the Starlight in Kansas City on Monday, you could tell this was a tour where just about every night felt like a winner. Monday’s show was no exception. The stage was flashy, lush with bright and vivid LED displays while Beck and his band all sported a playful demeanor. From their colorfully patterned outfits to the way Beck shimmied and boogied onstage, everything about the night spelled FUN.

It was easy to catch that jovial vibe thanks to the ever-lively and good-natured songs off 2017’s Colors. Songs like “Wow” and “Dear Life” kept the merriment high, and Beck explained to the audience that the songs were written (over the course of a few years) while he was in an especially good mood thanks to a series of good tours. “There was such a strong positive energy every night, so I took that and bottled it and put it in this record,” he confided in his captivated audience. “So it’s really a celebratory record.”

But for diehard Beck fans, the night was a dream come true. In addition to dipping into songs from several eras of his discography (including a mellow, stripped down and acoustic section featuring “Say Goodbye,” “Lost Cause,” and “Blue Moon”) he was eagerly chatty with the audience and (gasp!) took requests. This lead to a hilarious rendition of “Truckdrivin’ Neighbors Downstairs” that involved a little help in remembering the lyrics from the audience. Additionally, he succeeded in getting most of the audience in saying “Wow” like Owen Wilson, and discussing the Walmart Yodeling Kid before diving into a Hank Williams cover. It really felt like everything was on the table here.

The show began with an explosive and animated performance of “Devil’s Haircut” and ended with an all-out vigorous take of “E-Pro.” There were many moments in between where he dipped into covers… well, not so much covers as lines tacked onto the end of his own songs. “Debra” segued into Prince’s “Raspberry Berret,” and the encore featured a medley of popular songs surrounding “Where It’s At.” There never felt like a moment where you could turn away from the show. Even something like a bathroom break might mean missing a once-in-a-lifetime musical nod from the spirited performer. It’s no wonder fans stayed right through the end, with hardly anyone heading for the door until the encore was over.