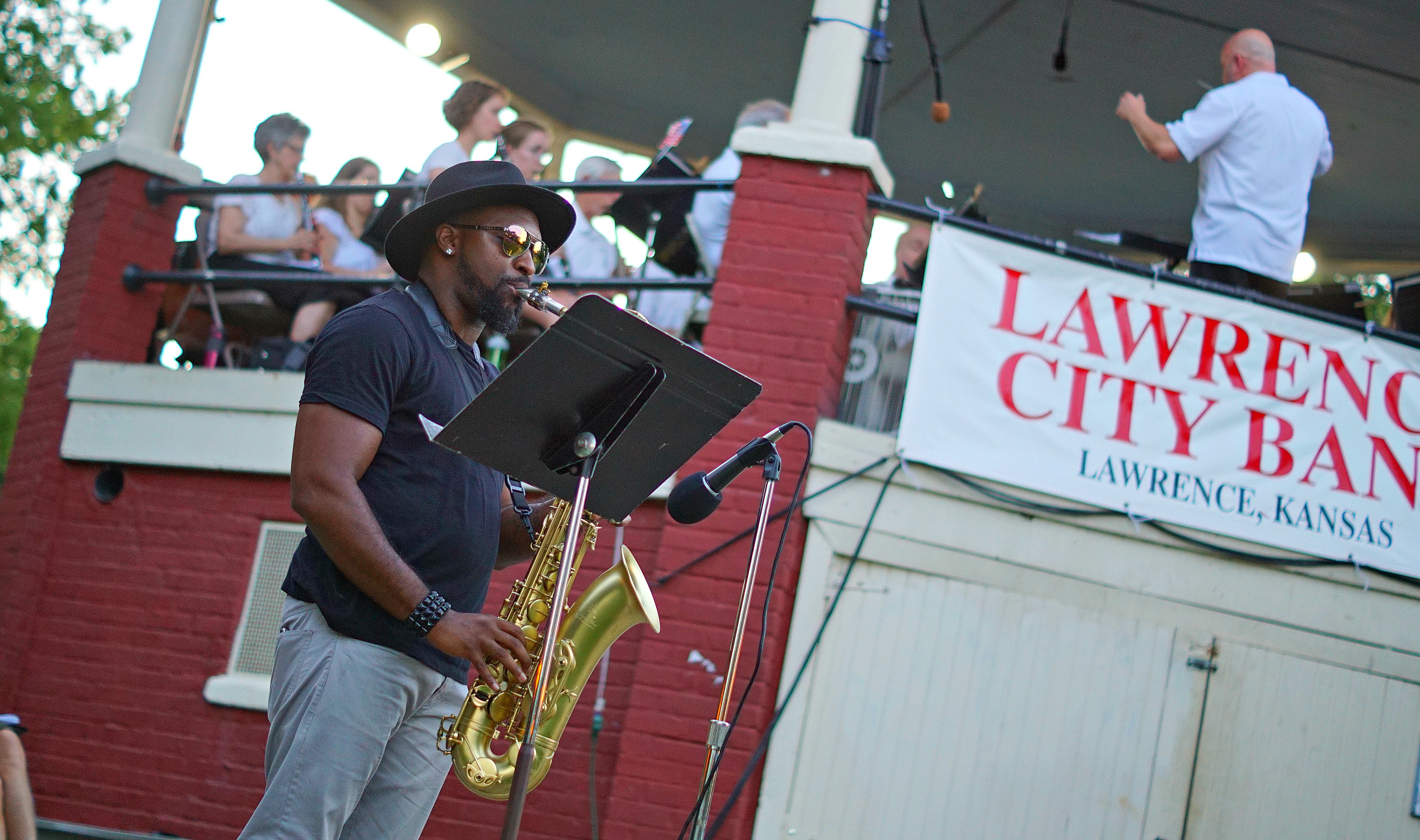 Facebook0Tweet0LinkedIn0Pin0
As Fall starts to make its way into the city, it’s time to look back fondly on our Summer loves. For local musician Nick Carswell (of Carswell & Hope), his affection for the Lawrence City Band Concerts in Lawrence knows no bounds. Over the Summer, he trekked out to the event and recorded a series of conversations with locals to show why it’s an LFK staple. What’s left is a lighthearted and earnest conversation with residents on why the weekly outdoor concert means so much to the community. Our favorite conversation details how the concerts grew in popularity (every week, bring a new friend who hasn’t seen the concerts before). You can easily tell which person talking is Carswell due to his accent (he’s from Ireland).

Last year, we detailed one impressive aspect of the band concerts. Under new direction, each week featured solo performances from a rotating cast of touring and local musicians. One night, Lawrence was even treated to watching Stevie Wonder’s saxophonist Ryan Kilgore (pictured above) while the band played Wonder’s music behind him.

There is more to Carswell’s documentation than meets the eye (or ear, rather). It’s part of an ongoing art project detailing the importance of South Park, where the City Band concerts are set. It’s called “Echoes Through A Green Space,” and it’s a chance for the public (rather than the sparse history books) to tell their history of South Park. Lawrencians past and present can send in documentation (photos, videos, etc.) of anything that happened in South Park, whether it’s a picnic or a wedding or a full blown protest and march. Full disclosure: I Heart Local Music has contributed content to this project. At the end of the month, during Free State Fest, all the information gathered will be part of a massive art installation celebrating the history of South Park. That means Carswell’s soundclip on the City Band concerts will also be making an appearance. You can learn more about the project here.

Whether or not you contribute to the project, the soundclip is just darling and worth setting aside five minutes of your day to recall one of Lawrence’s greatest Summer loves.

Watch: Balacobaco do Brasil at the Bottleneck