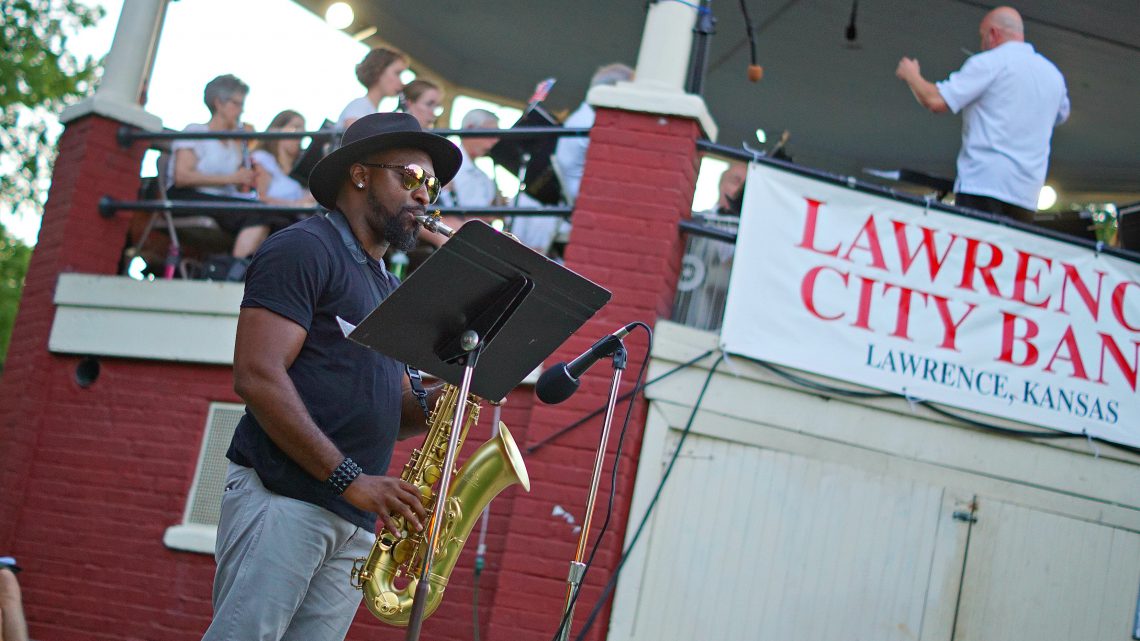 If you haven’t been paying attention to the City Band Concerts, you should be. 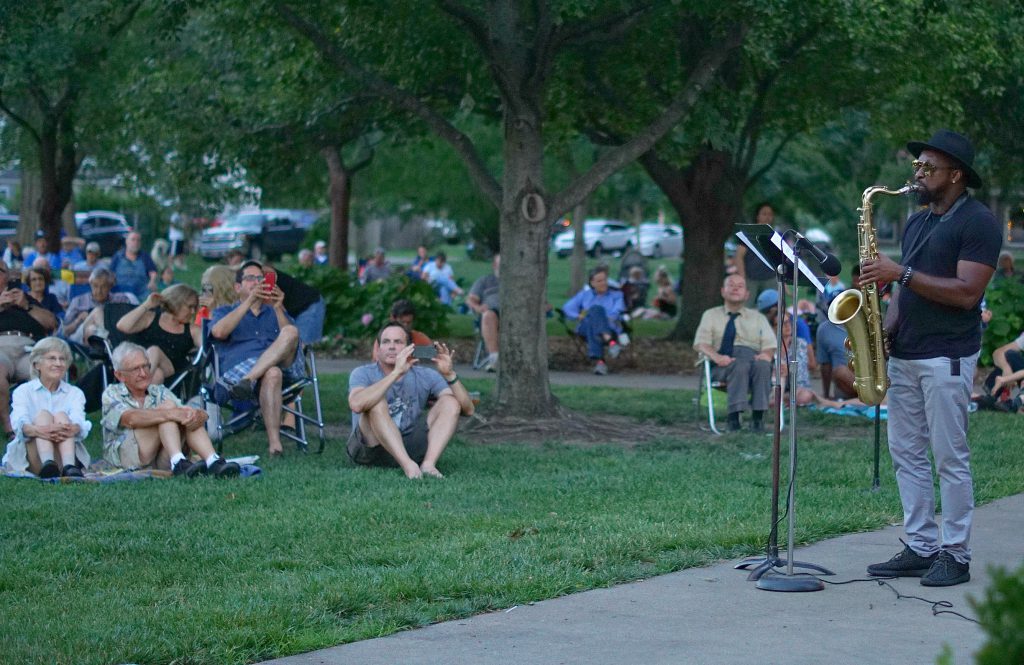 Every Wednesday at 8:00 p.m., the Lawrence City Band piles into the gazebo at South Park and performs for anyone willing to lay out on a picnic blanket or sit back in their lawn chair. This is a long-standing tradition for hundreds of Lawrencians. But this year, under direction from Paul Popiel (Director of Bands at the University of Kansas), the performances have been a little more lively. That’s because Popiel, who recently took over directing the concerts, has been bringing in top-notch soloists and staging them on the ground right in front of the audience (his predecessor, Bob Foster, also featured soloists but staged them up in the bandstand). This has resulted in a direct connection with the crowd, a refreshing feel, and a spirited reaction from the audience. Last week’s performance from trumpeter Steve Leisring actually conjured a standing ovation. But this week featured some music royalty.

Ryan Kilgore is more famously known as Stevie Wonder’s saxophonist. But this week he landed in Lawrence, where he treated the attendees at this week’s concert to his expert stylings for a couple of numbers. They couldn’t let him get away without a medley of Stevie Wonder songs (you can watch a short clip below).

Since we’re halfway through the Summer, that also means we’re halfway through the City Band Concerts. The final event of the Summer is on July 19th, but you can catch the crew at the Gazebo every Wednesday until then. If the weather’s crummy, the concerts are moved to Murphy Hall, Room 130. With themes and lineups that continue to impress, we have to echo the sentiments an elderly attendee whispered to us Wednesday night: “I can’t believe they fit all of this into one hour.”