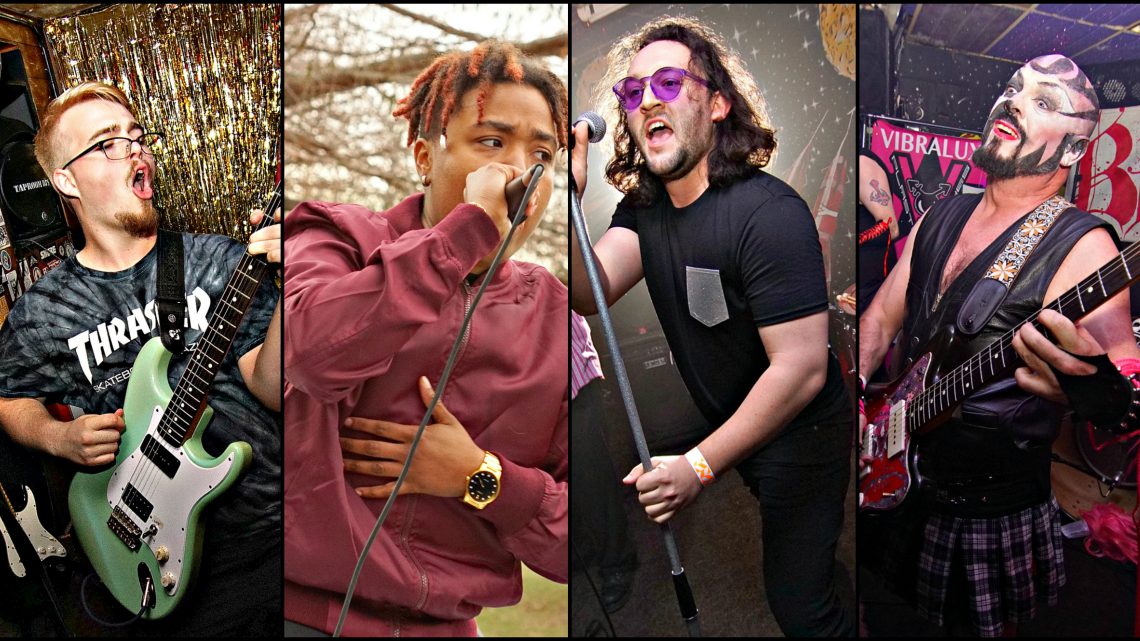 The local music’s most exciting moment of the Summer kicks off this July. Lawrence Field Day Fest, now in its seventh year, runs July 19th – 21st. The event is bigger than ever, promising multiple stages across Lawrence to showcase the area’s hottest talent. With dozens of bands peppered across Downtown in every nook and cranny, it’s easy to feel overwhelmed when deciding which venues to hit up. So we asked the experts to weight in on how to survive Field Day Fest. Here are local musicians weighing in with their recommendations (and festival tips). Everyone listed below is not only an avid music lover, but also a performer you can watch at this year’s festival. 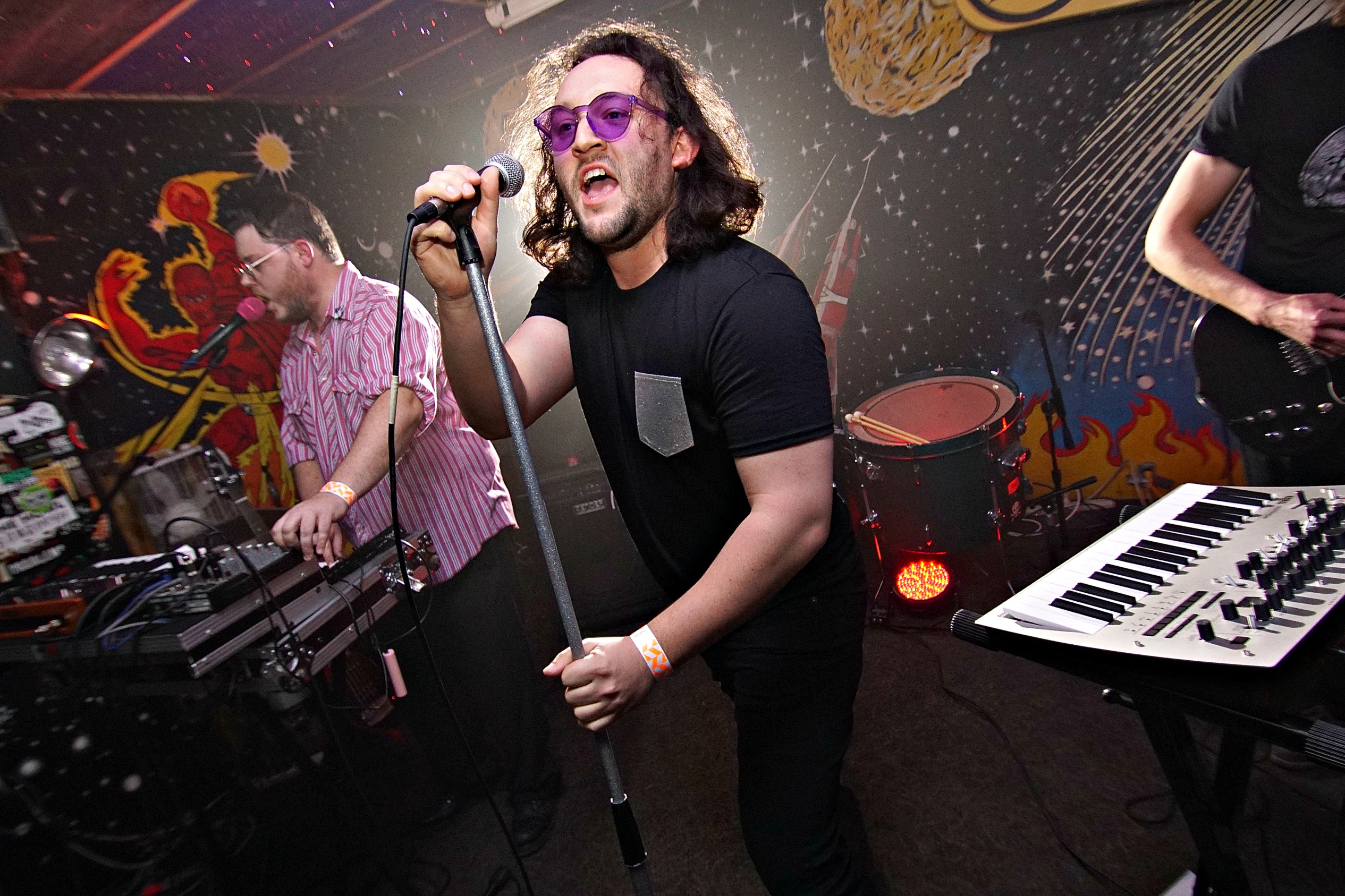 “Any and every time The Sluts have thrown down! It is always a riot with those guys.”

“Stay hydrated, get some food in you, and map your day out. There are so many great acts to see, so do your best to optimize your time!” 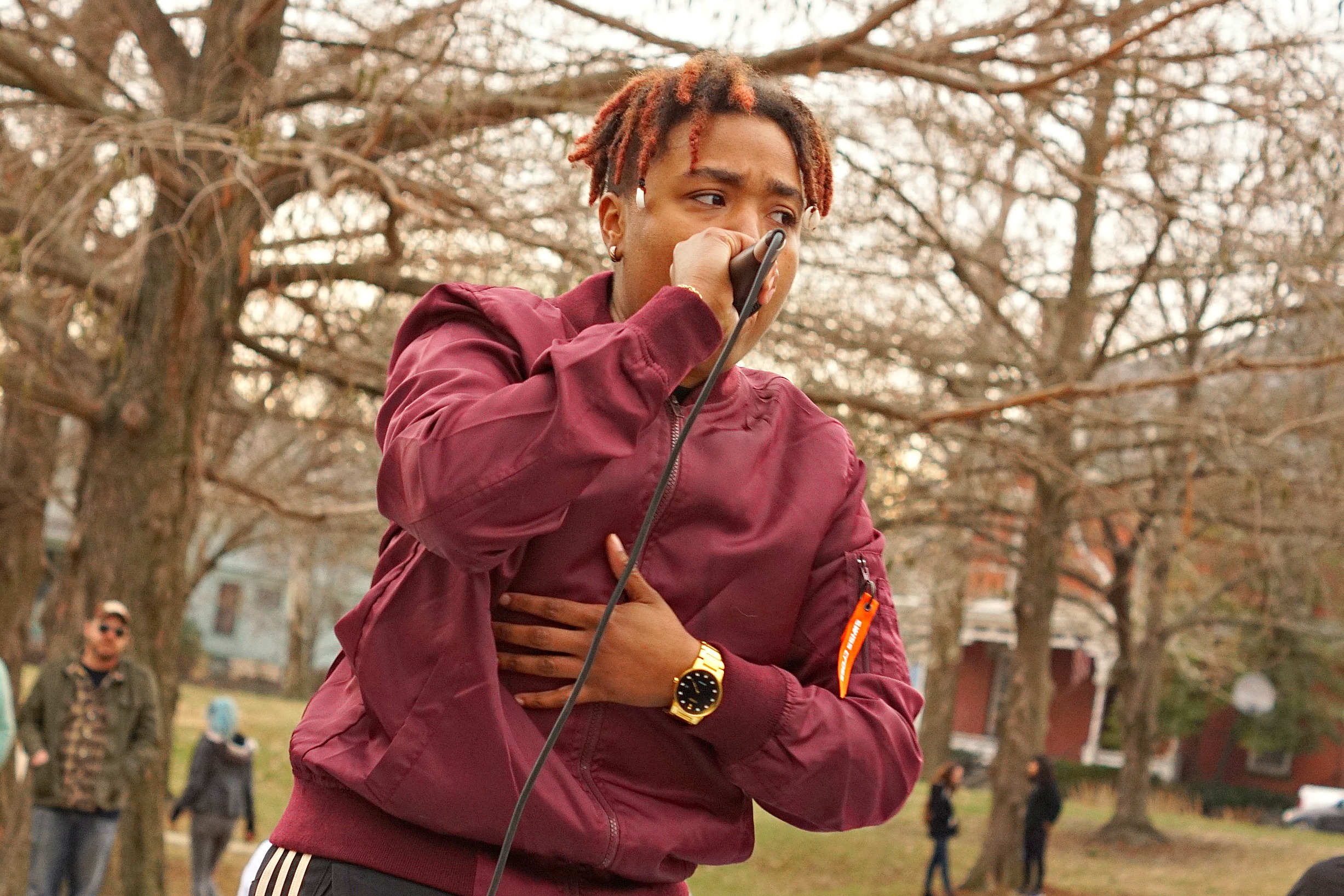 “LK Ultra. They are energetic, passionate, and perform great music. They represent so much more than music and it makes me a huge fan. Plus, they are probably the coolest teen band around in my eyes.”

“Play last year’s field day fest for the first time and going between venues to check out my favorite and NEW artists. I was like a kid in a candy store. It was dope music everywhere!”

“Get rest, drink water (for real), and prepare to turn up.” 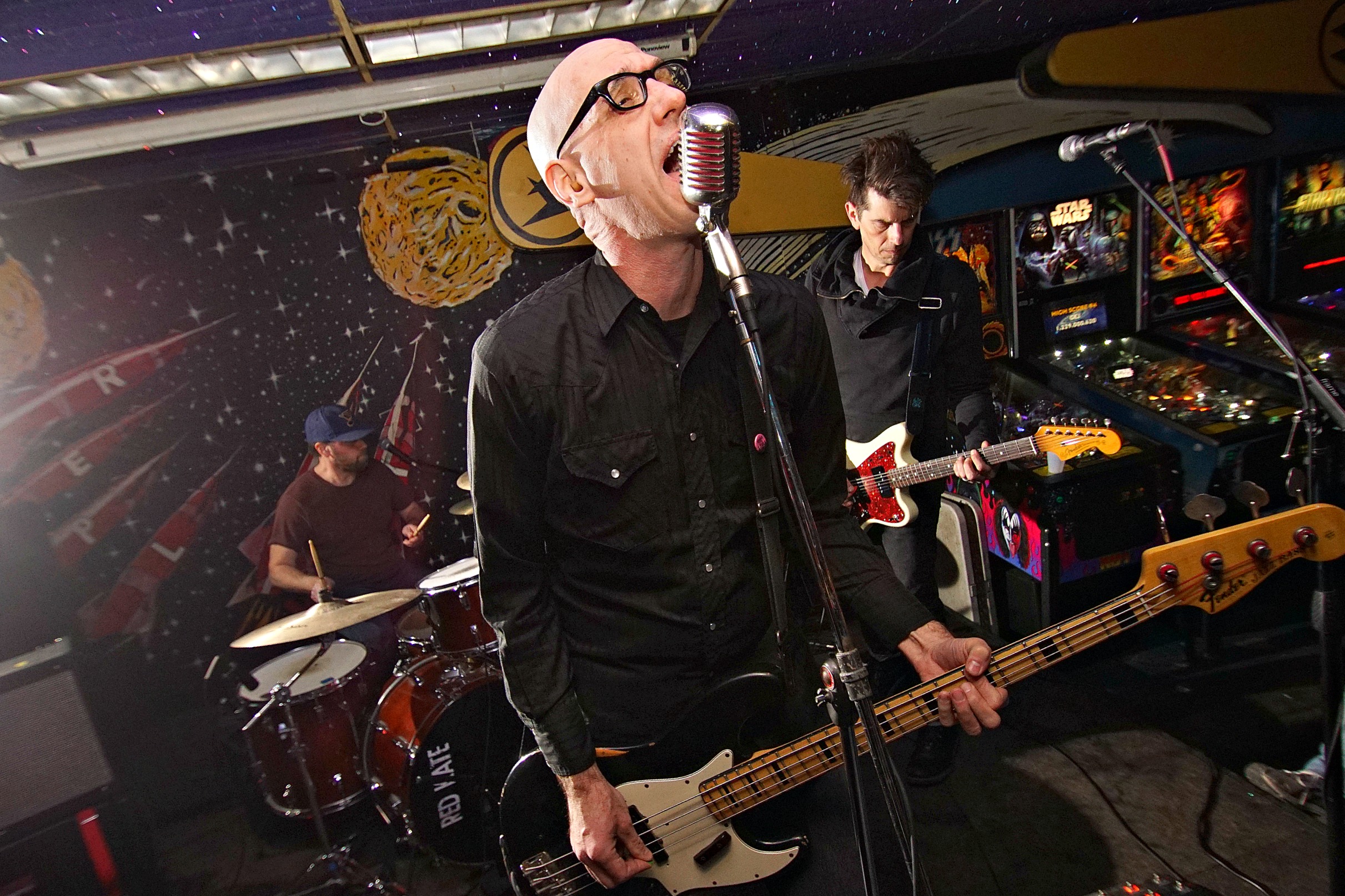 “Truck Stop Love. Because it could be years before they play Lawrence again and they are one of the best rock bands to EVER come from these parts.” 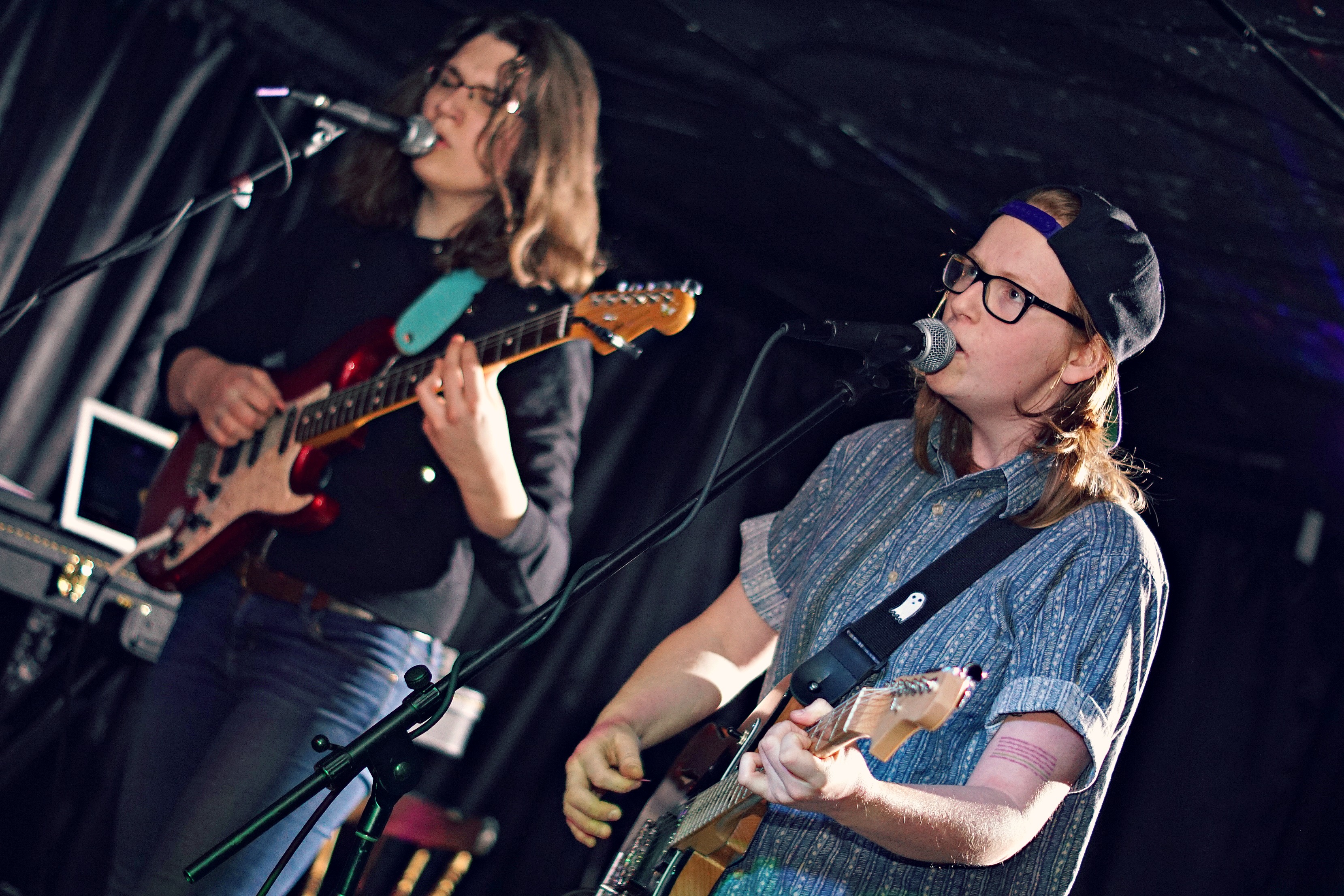 “LK Ultra. Not only are they the youngest band on the scene, they are the most politically-charged band with the catchiest punk rock jams. They formed at Girls Rock Lawrence 2017–a camp I helped organize and Jade & I both volunteered at–so they’re kinda like family to us. They’re fun and queer and unapologetic and, ultimately, super inspiring. I love them.”

“Last year was my first LFDF, playing drums for Heidi Gluck & the Pony Show. We played with Cuee, Pale Tongue, and Momma’s Boy–pretty much an all-star lineup all across the board. That was a killer show.”

“Stay hydrated. Wear earplugs. Maybe wear a helmet? Buy merch and tip your bartenders. Keep an open mind and remember we are all here to share our humanity with one another.” 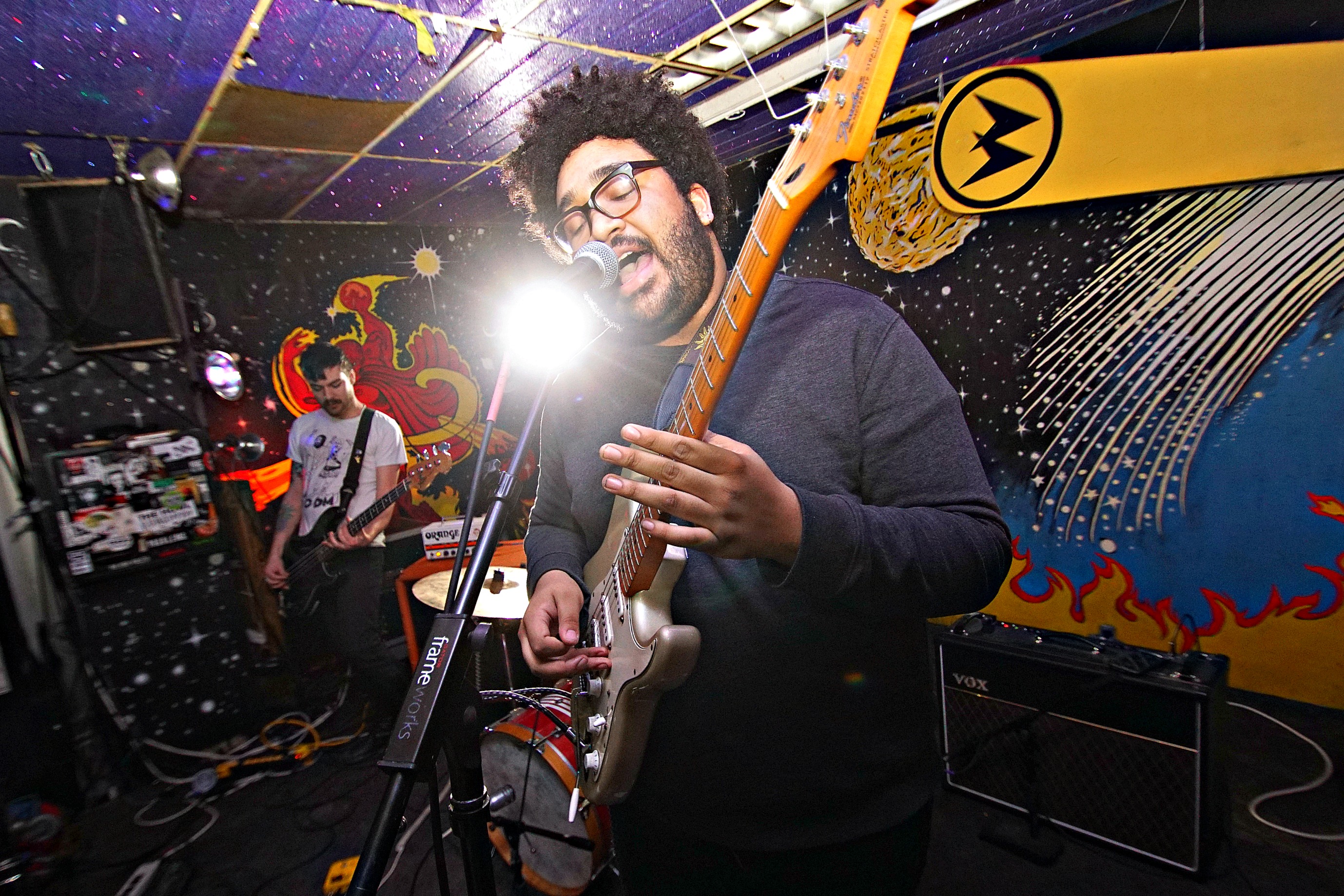 “I saw Khrystal a few months ago open for SassyBlack and it was a really cool show. I’d definitely recommend her. It’s HELLA important to support local artists of color, especially WOC (women of color). Plus she’s just a great MC with a great producer.”

“My favorite experience was playing the Petri Productions showcase last year. The other acts ripped it up and it was a fun show to be apart of.”

“Wear breezy clothes! It’ll get hot running around to every venue. Stay cool.” 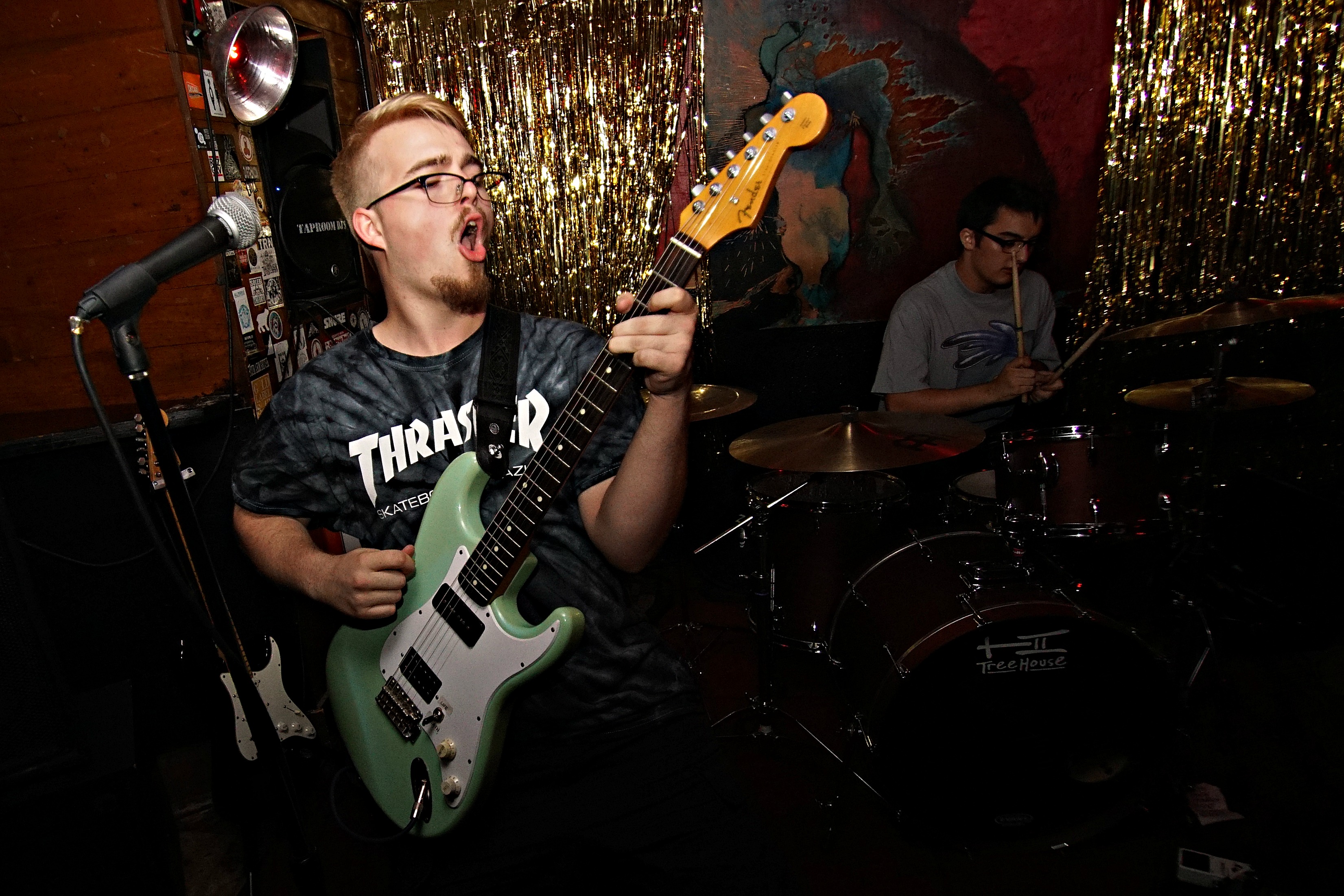 “LK Ultra and Red Kate. People should go see LK Ultra because they are incredibly refreshing to listen to. They bring a valuable demeanor to their stage presence that will grab you within seconds. This is a band that has their values straight. They hold their ground like no other. Red Kate is a band that provides rock and roll at its finest. Loud instrumentals, exploding vocals, mixed with  great energy on stage makes Red Kate a band you shouldn’t miss.”

“Playing at the Taproom for the first time. Chess Club played a couple of years ago. At the time, I was about 17 years old. It was a great feeling to be so young and playing at a bar that I was never allowed in. Every band we played with that night was spectacular and I couldn’t express how unique and special FDF is.”

“My advice to anyone attending FDF is to make sure you see as many bands as possible. There is no shortage of wonderful, talented acts to get in to. Soak up the scene!” 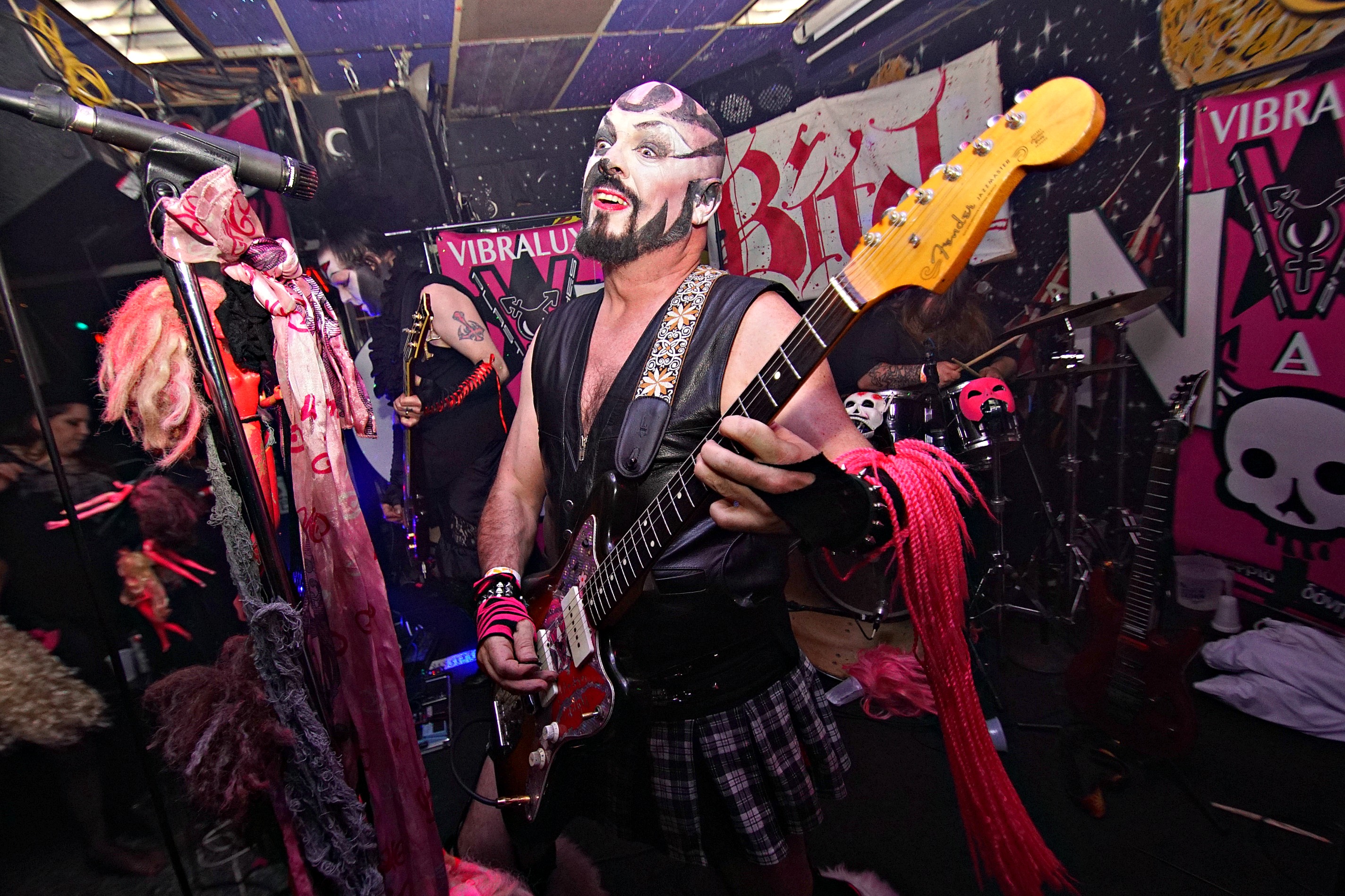 “Act 3 Where Vibralux prevents Armageddon by leading their Army of Dolls in exercising their power through the organic and emotional Perpetual Catharsis of the Plastic Bitches. Even though we were once all super angry vapid attention whores we realize through our struggle together that we really loved each other the whole time. We joined together raising our energy in shouts, chants, dances, and thrown objects turning the Earth bound comet Queer of It’s destructive agenda and rage. By Act 3 we become better people than we once were. That’s why Vibralux act 3 is the best. Why? Because in act 1 no one knows what in the guano squirrels is going on. We’re still trying to figure out all the stuff. Stuff doesn’t get figured out until the end of act 1.  By Plastic Bitches act 2. we have to know what to do about the stuff we figured out in in Vibralux act 1. That creates what we call “The Turmoils” of the Dolls which leads to The Perpetual Catharsis. Plastic Bitches Act 2 is just creating problems, dealing with insanity, and creating suspense. Act 3 is definitely the best one because it has all the good feels.”

“When Courtney love had a painfully triggered breakdown and everyone kept clapping and cheering like it was part of the show.”

“Prevent ARMAGEDDON!!! Help Vibralux turn the next comet sent to destroy Earth completely Queer of it’s course by Dancing, shouting, singing, drinking, and try your best to at least wear undershorts with your T-Shirt. (Shallow Complaint follows.) ‘Shirt-Cocking’ is just so Burning Man 2007.  Nothing is as patriarchal as ‘Shirt-Cocking’ at a festival. So we prefer seeing flowers, glitter, dayglow, or pagan fantasy woodland creatures. These are much more pleasant and accepted during Vibralux service.”

You can find the full Field Day Fest schedule here.