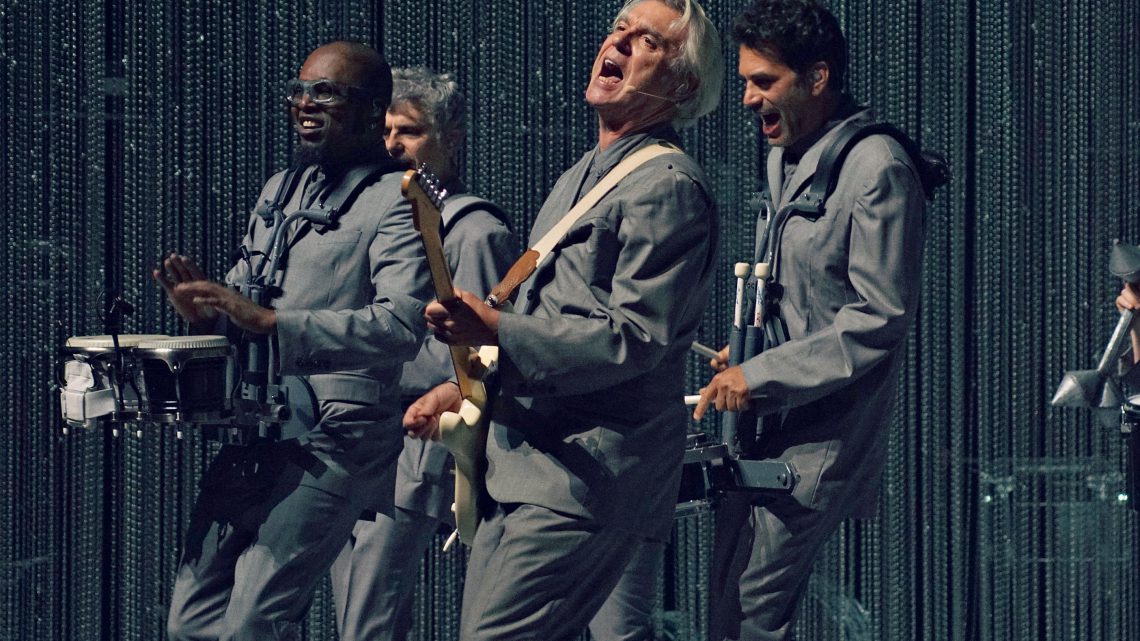 The Kauffman Center became the hottest dance hall in Kansas City on Thursday when David Byrne presented decades of his music in grand, get-down fashion.

The audience was barely seated for much of the show, opting to stand up and dance along with the American Utopia Tour. By the second song, the entire sold-out venue delivered a standing ovation. Byrne was already thrilling them at that point, and he hadn’t even begun to tap into all their senses. 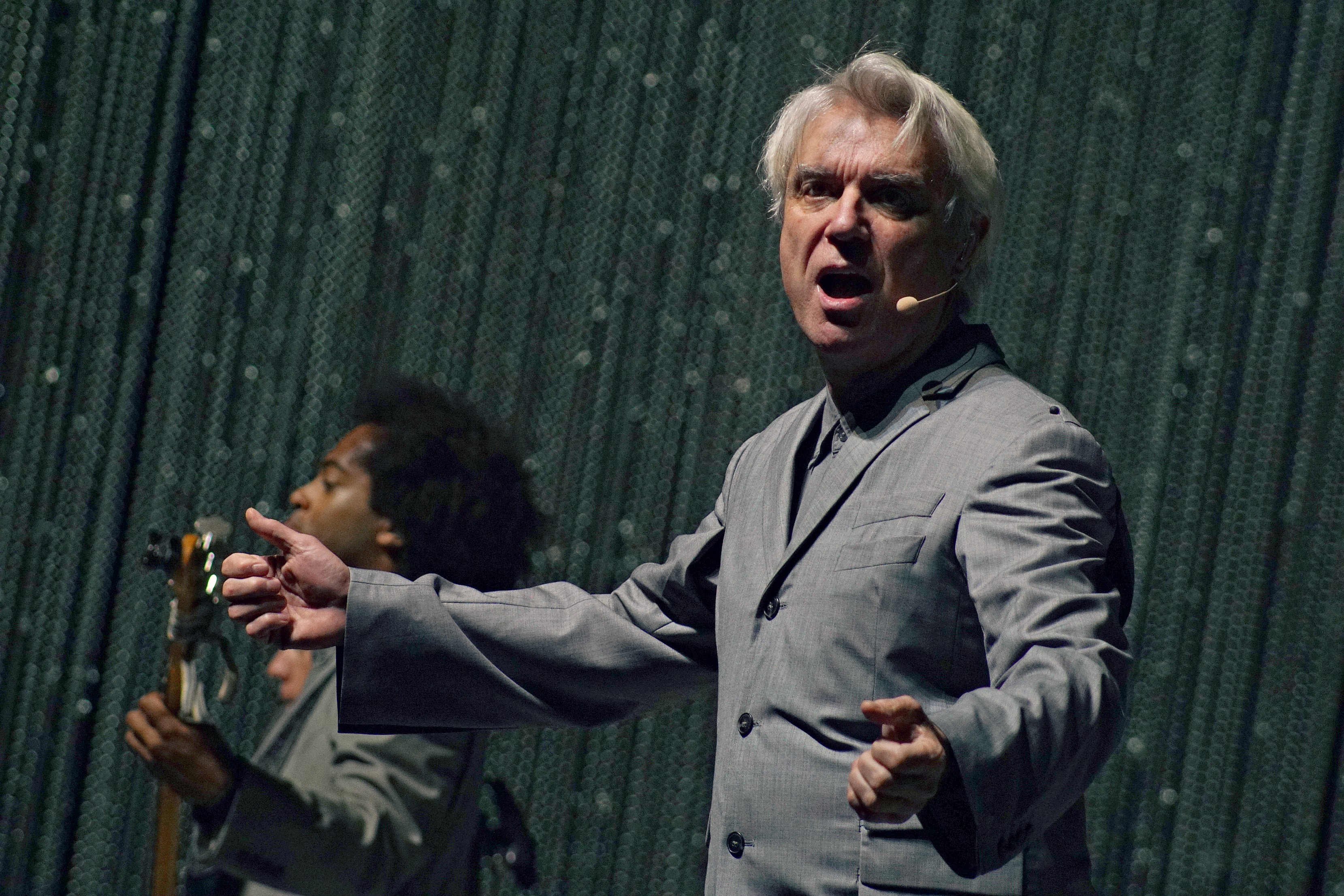 The show really did encompass just about every sense. Set within a cube of dangling silver chains, the show played with lights to create shadows and silhouettes in a disorienting affair. The space within that cube remained open and playful, as (despite having several musicians onstage) not a single wire or instrument touched the floor. Every drum, guitar, and microphone was strapped onto the players, all clad in matching gray suits… even the synth was suspended in space. The lineup was drum-heavy, adding a marching band vibe complete with intense choreography that complimented the lyrics of many of his recent releases, as well as Talking Heads classics. Just about every unusual percussion instrument you could think of showed up, creating a world unfamiliar to the average music viewer (but not at all unfamiliar to someone like David Byrne). 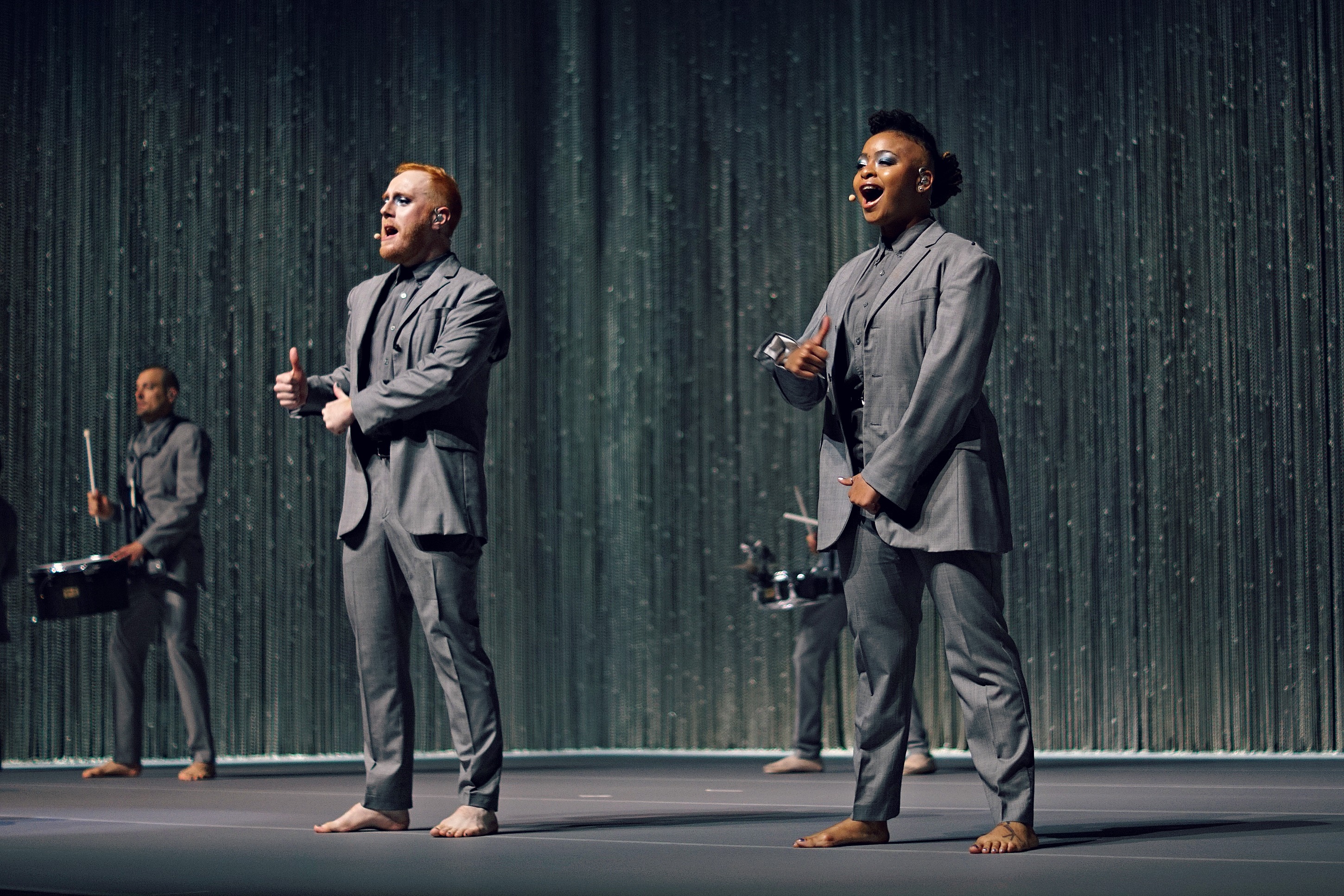 When the musicians weren’t playing, they were striking poses and beaming at the audience. Their faces were so full of expression as they danced and carried out the formations in front of strobing lights and fog. They even used the lights to cast shadows through their drum heads, which they held in front of their faces and angled towards the spotlights. It was easy to fall in love with the personality of each and every musician onstage over the course of those two hours (though we were already a fan of one of the many drummers onstage, Aaron Johnston, a Kansas native who previously played with Brazilian Girls). This was a David Byrne concert, but it wasn’t the David Byrne show. It was the ensemble of creative, dancing, and striking performers that really made it an engaging experience for anyone connecting with these songs. This was an artistic endeavor just as unworldly and unique as the maestro behind it.

Byrne, along with his posse, boasted two encores for the night, the second being solely dedicated to a cover of Janelle Monáe’s “Hell You Talmbout.” The song allowed the band to shout out the names of the victims of police brutality, followed by a demand, “Say his name!” The night was full of gleeful boogying and singing along (with a rousing “My God! What have I done!” during “Once In A Lifetime”), but the crowd was a little reluctant to chant along to this one. Byrne did not shy away from politics during the show, referencing the former First Lady of the Philippines in “Dancing Together” and bringing along nonprofit HeadCount to register voters on site at the Kauffman Center. 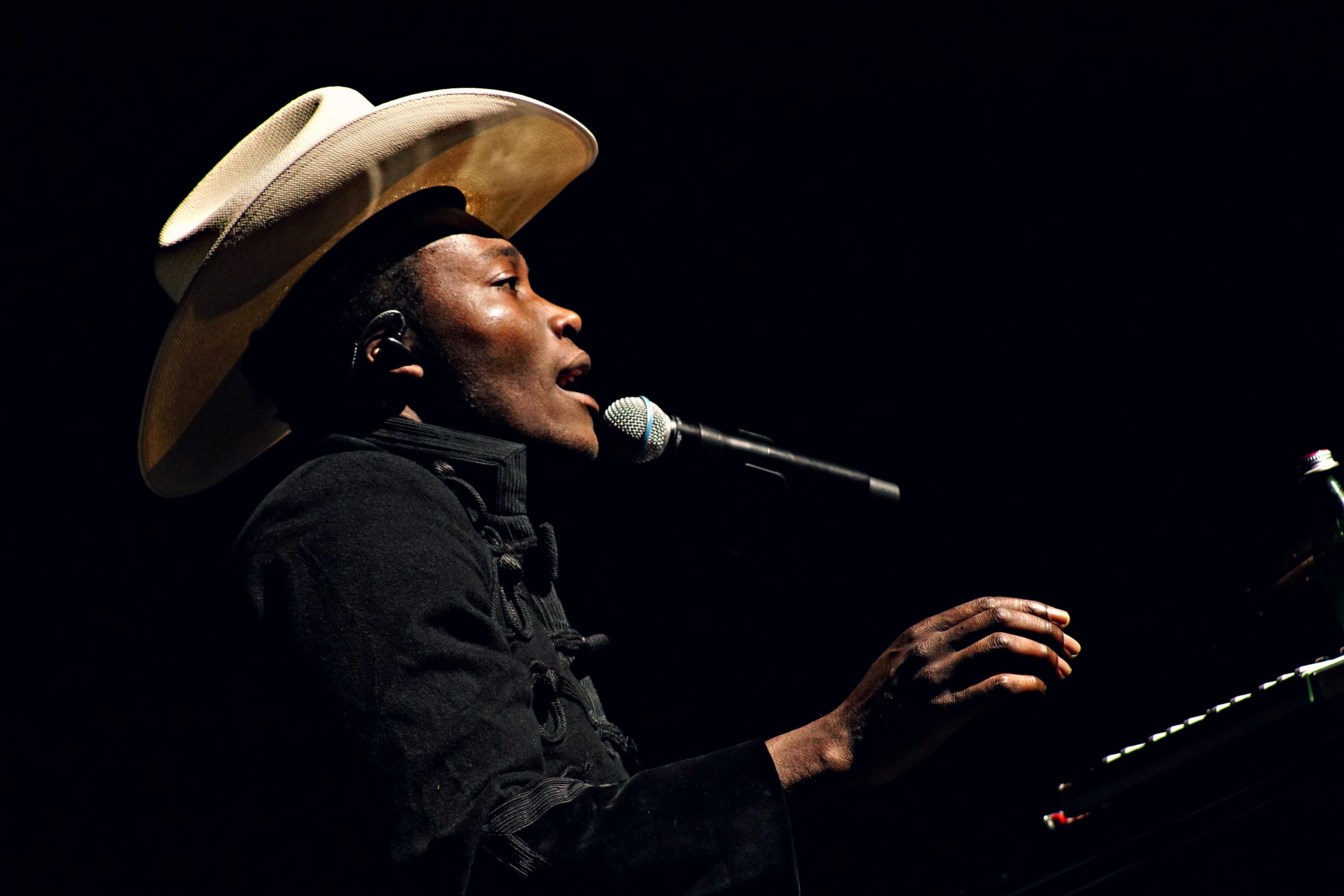 He was joined on this tour stop by Benjamin Clementine, someone we can only describe as a soulful and poetic maniac. He introduced his set by lurking about the stage in the dark, eerily tapping sticks together while a pile of mannequin parts sat in the middle. In front of spacey distortion and a bassist, he banged on the piano and used his powerhouse vocals to belt out beautiful melodies over aggressive moods while charming the audience with his doleful demeanor.