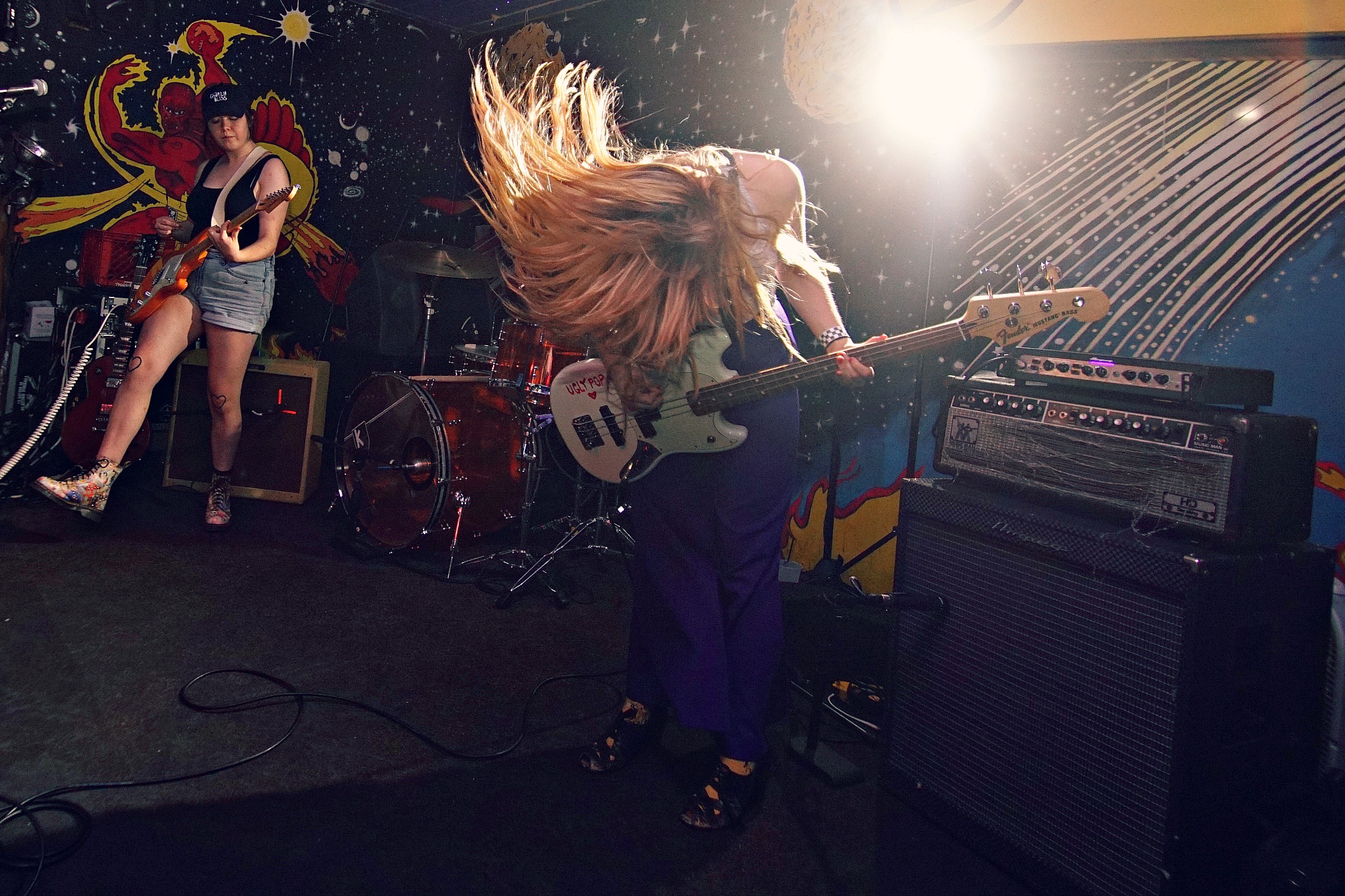 We don’t usually see such lively punk affairs at such an early hour in the evening, but the Replay became home for such an event on Saturday when three electrifying acts hit the venue for an early show. Vicious shredding and rock squeals erupted when Skating Polly, Potty Mouth, and Kansas City’s Lovergurl took the stage. Skating Polly, a seasoned touring band, came loaded with music off the recently released The Make It All Show, including a flashy and impressive rendition of one of the album’s standout tracks, “Queen For A Day.” The trio came loaded with a dynamic live presence filled with high kicks and body flailing. Photos from the night below: