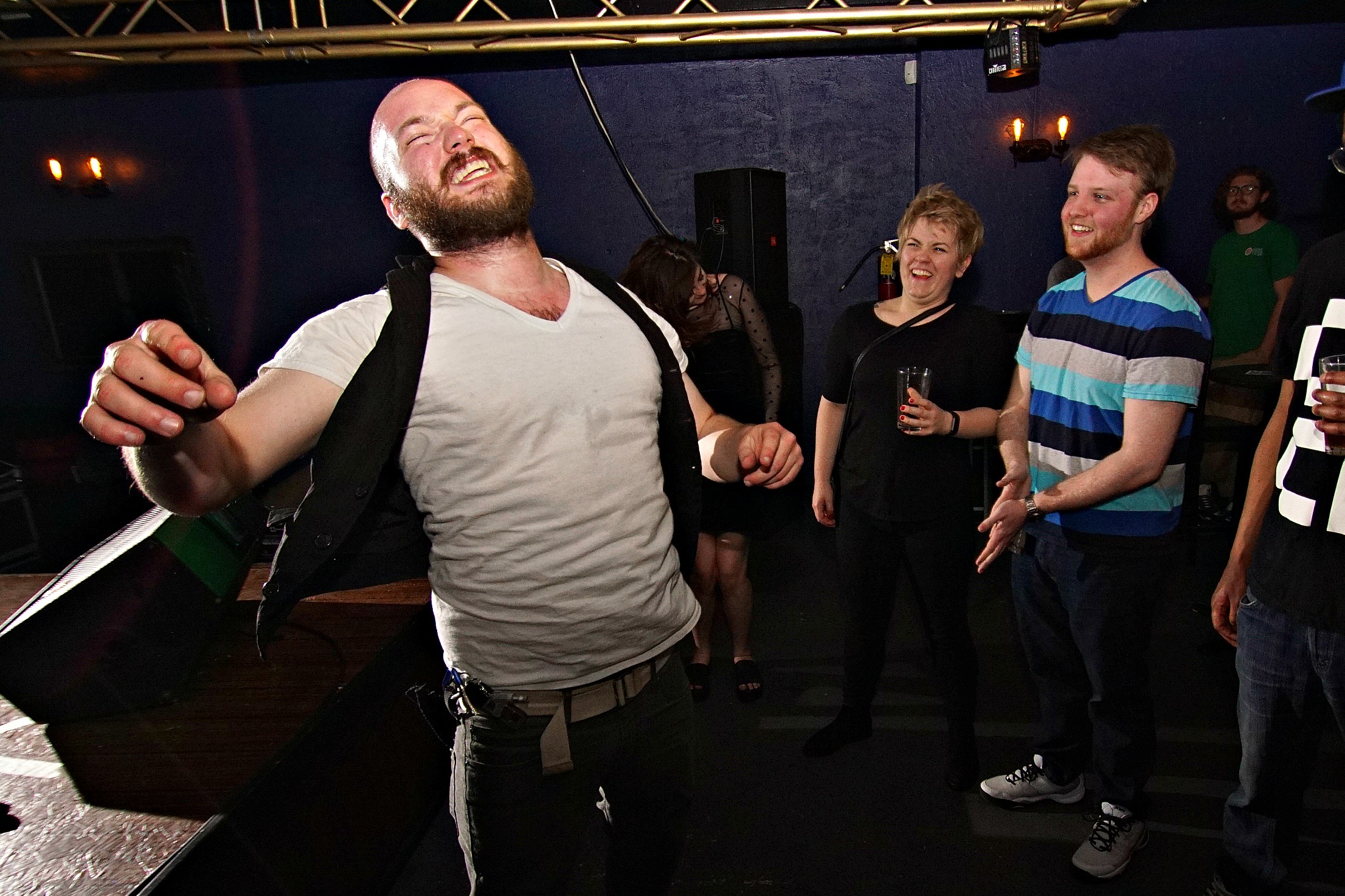 FacebookTweetLinkedInPin
When Elliot Fox released his album late last year, it was easy to grow excited about a resurgence of electronic music in Lawrence. His music was rich, lush, danceable, and emotional. What we didn’t know, however, was how much of a showman he’d end up being.

Electronic music is a tough act to pull off. If all your music is coming out of a computer, you have to get creative with getting an audience engaged. A band like UltraVivid (one of the more popular electronic acts in Lawrence) has a leg up because they bring an array of interesting gear and synthesizers to the stage, accompanied by live percussion. But if you’re a solo songwriter like Elliot Fox, you have to lay on the charm.

This man had the audience in stitches. His onstage banter is equal parts goofball and sass, and he effortlessly interchanged it with that darling angel voice of his. One moment he’s singing about acting more effeminate, and then about a second later, he’s burping into the mic. At his Jackpot set on Saturday night, he enjoyed leaping off the stage and messing with the crowd. He’d jokingly belittle them, but then suddenly wow them with crystal clear highs in his vocals.

You can watch a clip below, but his album Self Portraits is also worth checking out (embedded after the video).

Photo Gallery: Attic Light / Night Class / Something and the Whatevers