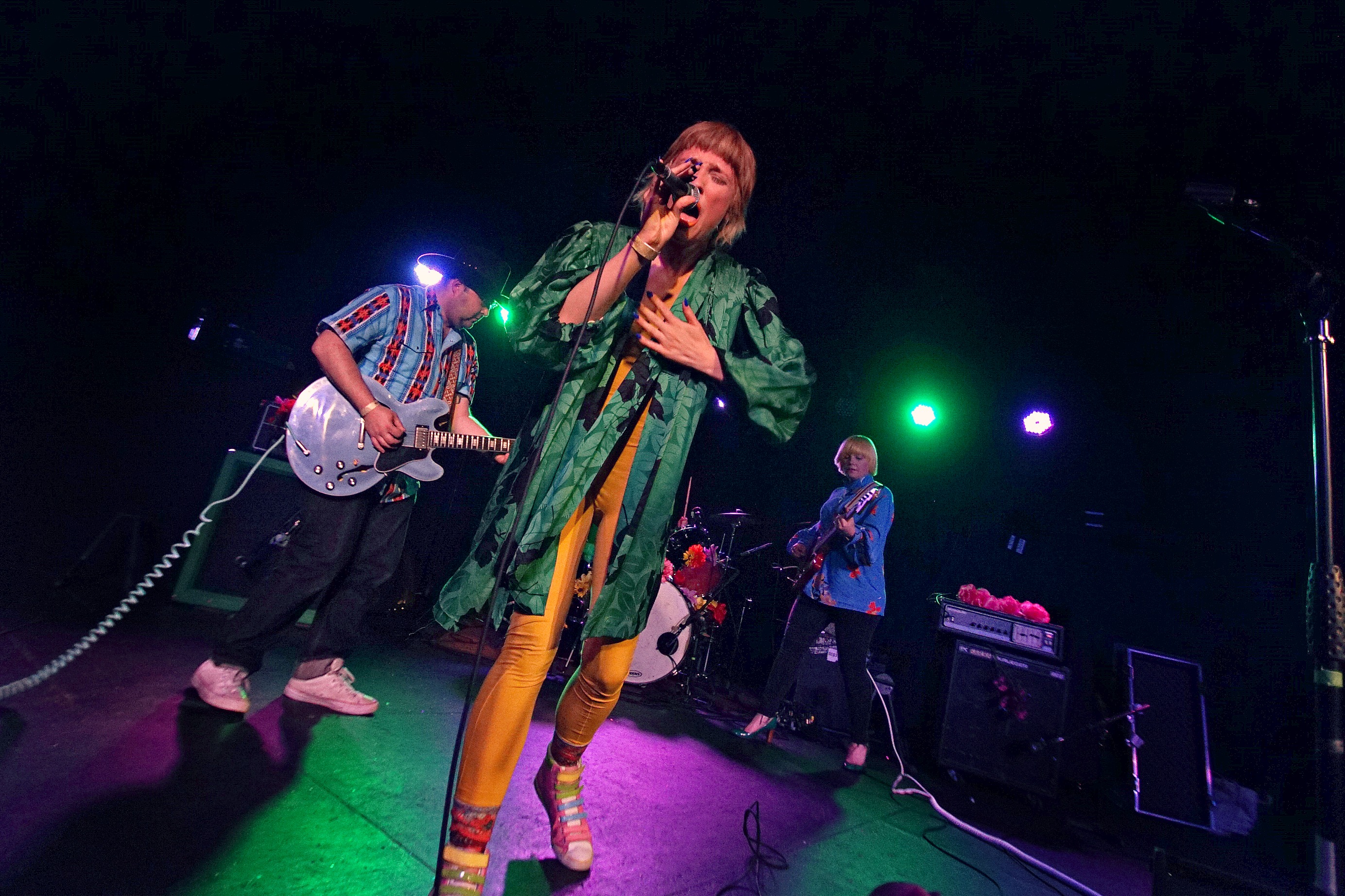 You’d be hard pressed to find a band that presents you with equal parts raw emotion and fun as Priests. It’s an emotional roller coaster, really. One moment, you’re feeling every emotional lyric from Katie Alice Greer. The next, she’s gleefully running circles around her bandmates in her rainbow sneakers. But make no mistake, there’s not a single moment that passes by where you don’t find yourself absolutely captivated and enthralled by the wild energy onstage.

The band hit up the Bottleneck Friday night, along with guitarist Janel Leppin’s solo project, Mellow Diamond. This was a far cry from her frenzied guitar thrashing in Priests, as she crooned La Guerre style while dividing her multi-instrumental skills between keys, guitar, and cello. Lawrence’s Wendy Moira opened up the show with punk songs riddled with LFK themes, while Kansas City’s Wick and the Tricks helped the audience work through their queer rage.

Watch: Folklore Suburbia at the Jackpot