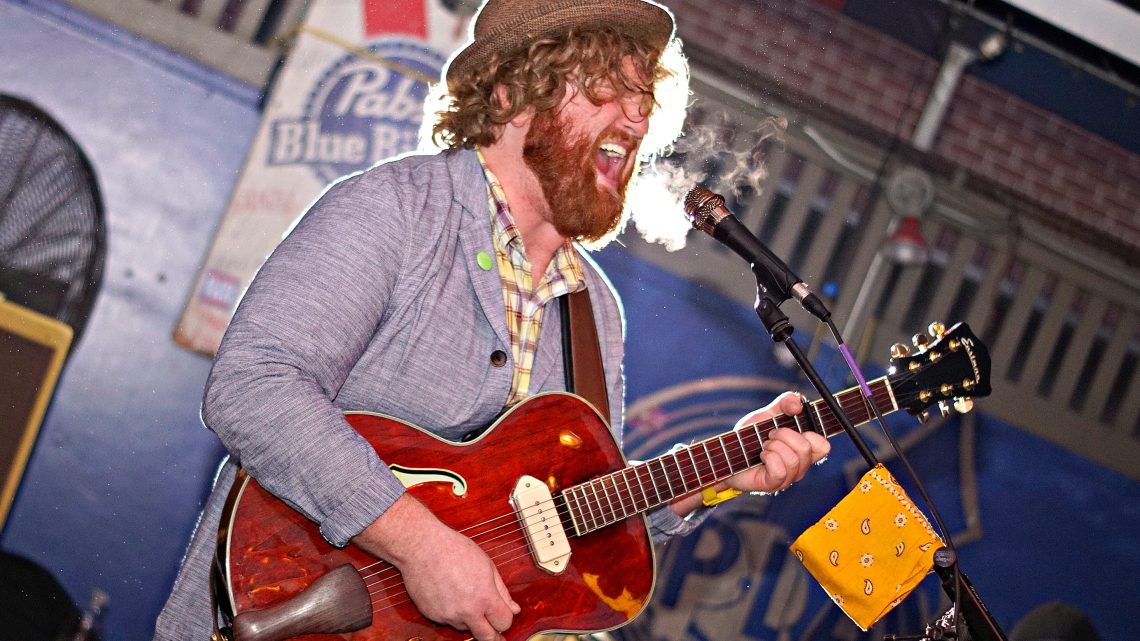 It’s been a while since we’ve seen the bearded balladeer, but Nicholas St. James made a rare Lawrence appearance over the weekend.

The folk musician was one of many bluegrass and Americana acts gracing stages across Downtown Lawrence on St. Patrick’s Day. To mark the occasion, he performed with a full band (he generally performs solo) at the Replay and indulged audiences in a number of toe-tapping guitar solos and melodic effects. His growly vocals burst into the chilly Spring air and were backed by so much vigor, he could be heard from down the block. His performances are few and far between for the next few weeks. If you’re wanting to catch him again, you’ll have to wait until Boulevardia.