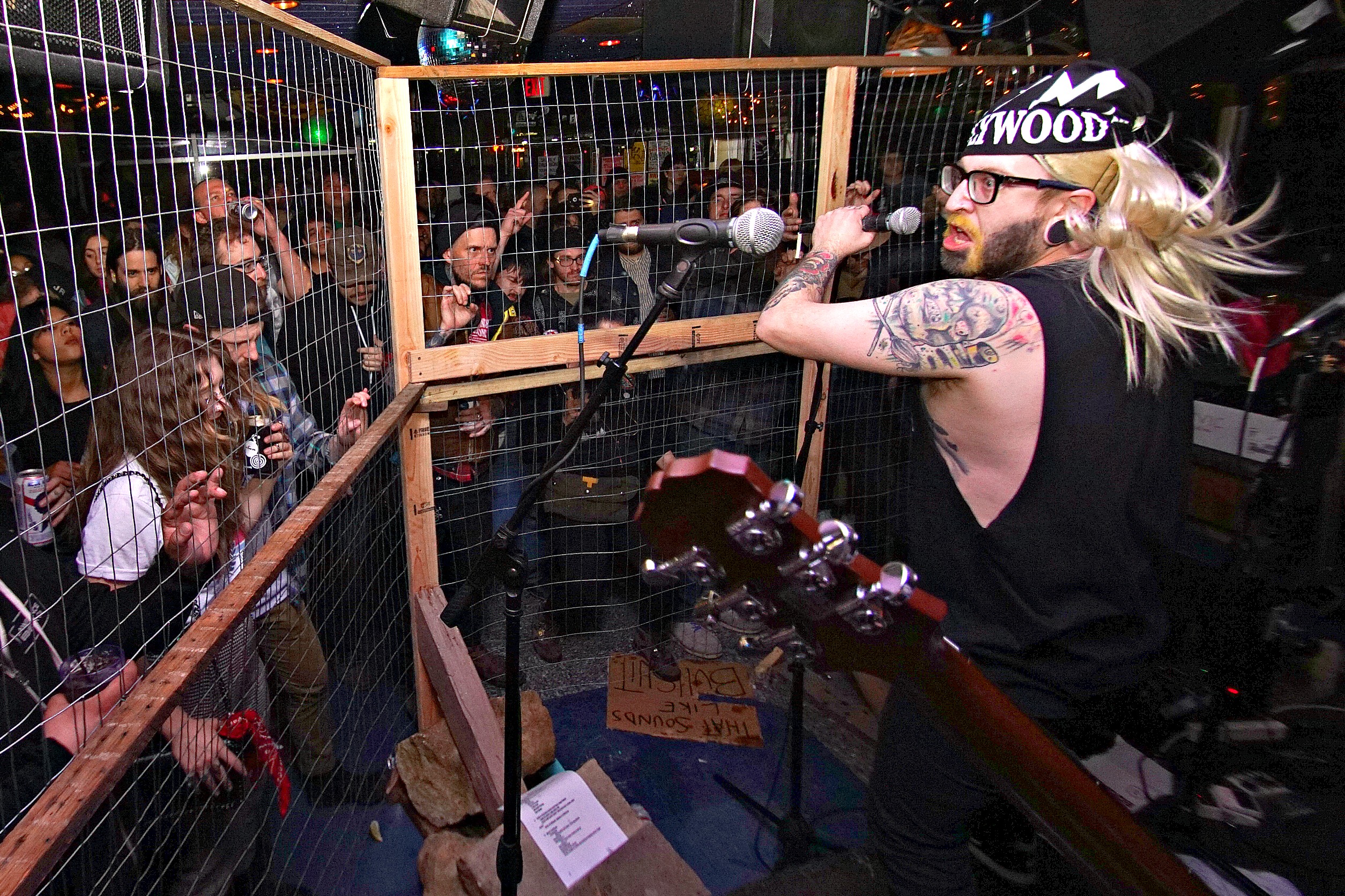 That was the sight that greeted Replay-goers Friday night. The cage was serving as a massive prop to the special, one-time event. In quite possibly the most LFK thing to happen this year, Young Bull and Gnarly Davidson teamed up for a special type of rival-fueled throwdown, inspired by the exciting world of wrestling. Many dressed the part, which meant some musicians were in itty bitty booty shorts and flexing hard in their muscle shirts. The event began with a set from Left E. Grove, with a heavily scripted feud thrown in (as as customary in the sport). Soon, Young Bull and Gnarly Davidson made their grand entrances from the front door, then boarded the stage together. They played back to back songs, each time squaring off, making signs, egging each other on, and participating in constant quarrel and squabble. There was hardly room to breathe or move, and the windows fogged up fairly quickly as the combat intensified. Photos from the night of theatrics and over-the-top testosterone below: