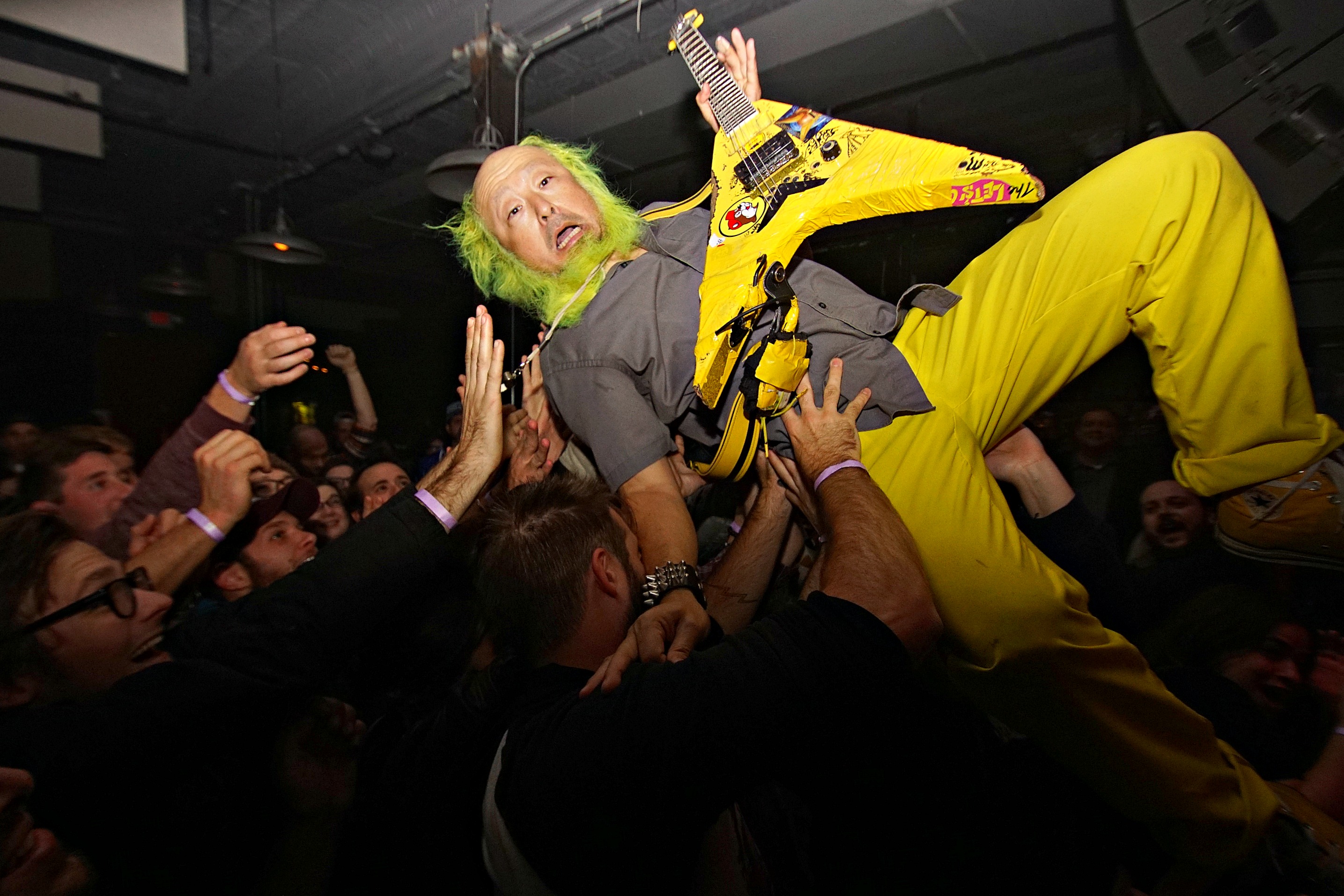 It’s hard to imagine how a show that already heavily incorporates audience participation can demand even more of those in attendance, but Peelander-Z has never been predictable. In all the years we’ve covered the colorful and cathartic Japanese punk rockers, we’ve seen them blend equal parts jovial fun, fast riffs, and crowd antics. But when they played recordBar on Thursday night, they managed to change up the routine.

For one, their elaborate costumes took a backseat for a slightly more subdued look featuring buttoned-up shirts and ties (don’t worry, they kept the neon). Additionally, while the band has normally taken the heaviest of hits in the past, this time they moved much of the physical work over to the audience (who happily took on their new responsibilities).

It wasn’t enough to limbo, bang on pots and pans, and stage dive anymore. They also featured circle pits, more chanting along to songs, and stepping in to push buttons on the drum machine that has replaced the drummer. It’s never safe to assume that you’ll get the same show from Peelander-Z every time. There likely isn’t a way they’ll ever settle for the mundane, despite years of relentless touring and remaining loyal to specific regions like Kansas City.

They were joined by Drop A Grand, another familiar costumed band of misfits, as well as Lawrence’s Westerners. The favorite moment of the night was when Westerners’ frontman totally got the memo and dressed in accordance with Peelander-Z’s “Taco Taco Tacos” song.