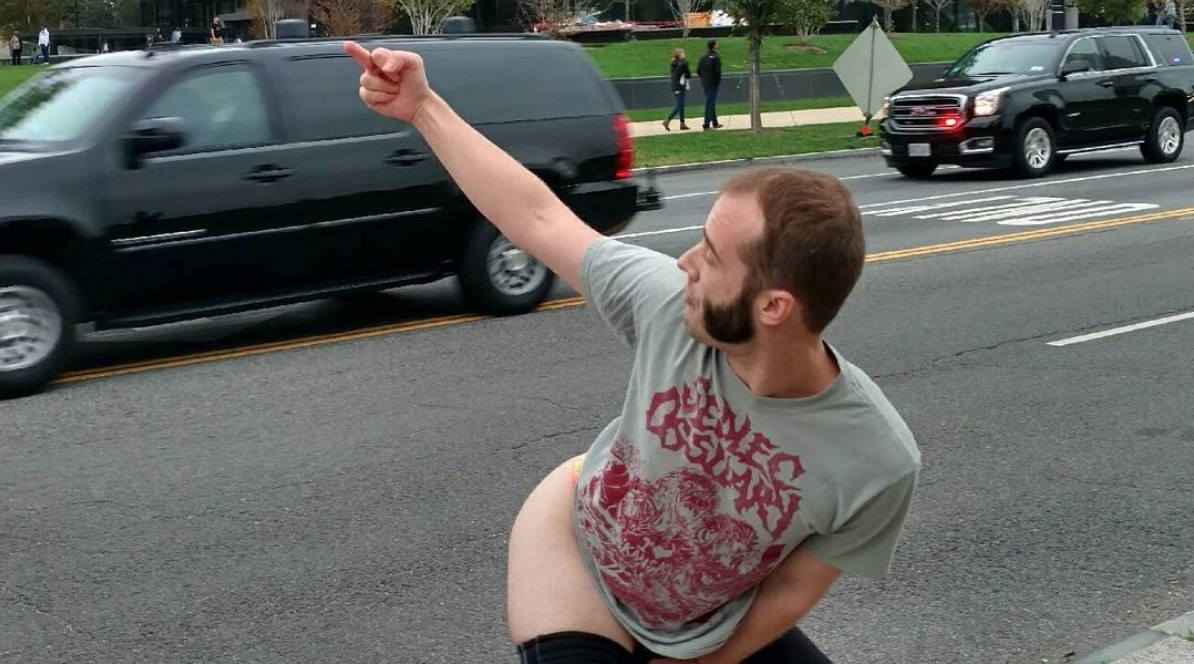 Welp, while you were all fighting over the last tickets to the Outhouse film, a local punk upped his legend status over the weekend.

Travis Arey, the generally scantily-clad vocalist in Stiff Middle Fingers, is known for expressing his grand disdain for the current political administration. On Inauguration Day, he dressed up as the President and mercilessly mocked him at a show. Additionally, any song of the band’s with the words “fuck you” are almost always dedicated to Commander in Chief at every single show.

This week, though, he donned a thong and flashed his banana hammock at the White House. But he didn’t stop there. Somehow, he coordinated an effort to (allegedly) moon Vice President Pence’s vehicle as it drove by.

You can see the photos below (be sure to scroll through the first post), and keep up with more of their shenanigans over on their instagram account. Photo credit for these specific shenanigans go to Megan Nelson.

Photo Gallery: Hanson at the Granada