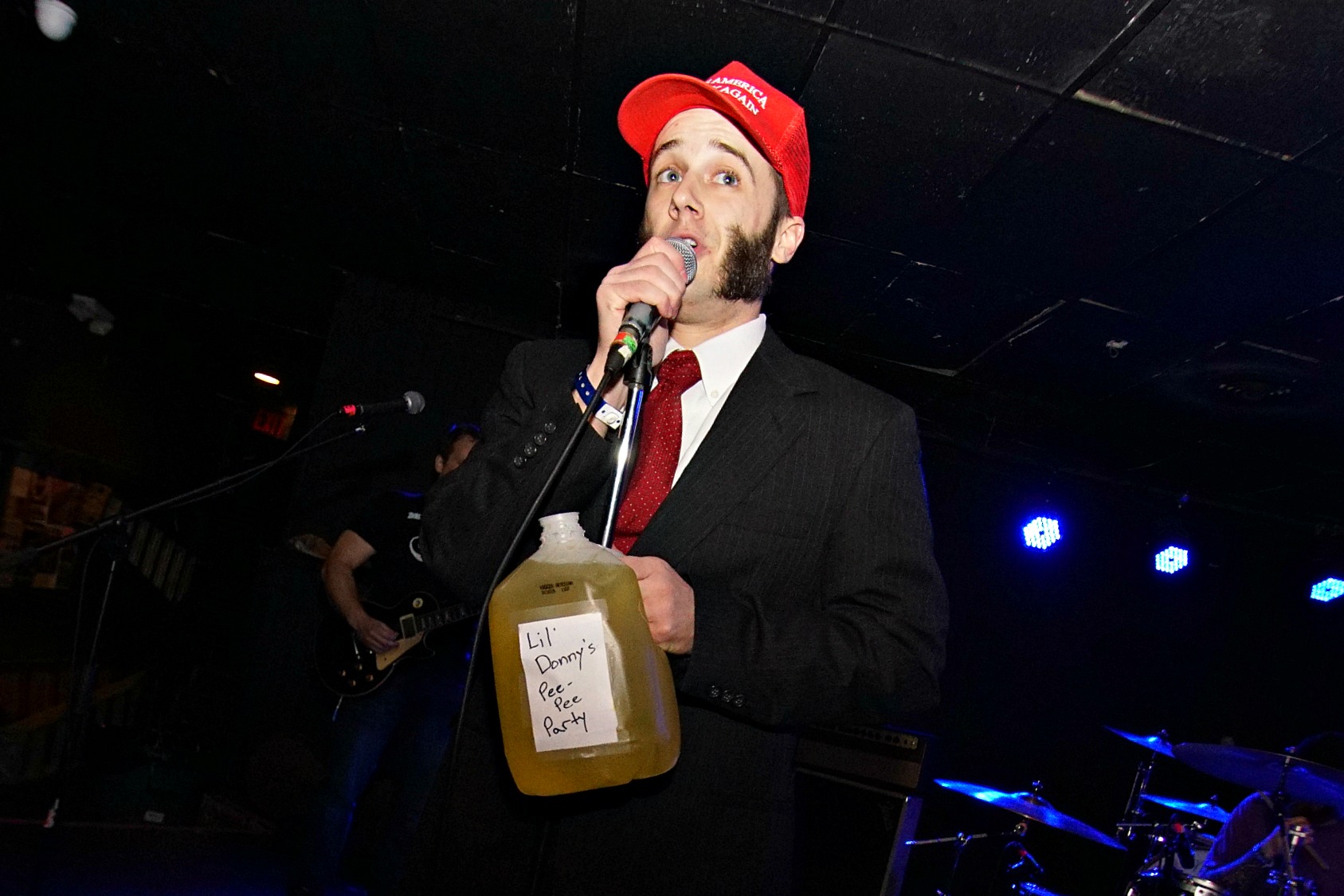 We really shouldn’t expect anything less from Stiff Middle Fingers these days.

The punk rockers have always been fairly outspoken and opinionated, but the current political climate has made them more agitated than usual. Naturally, because they are a punk band, these emotions come out on the stage.

In a grand stroke of luck for their fans, Stiff Middle Fingers’ opening slot for The Pop Mechanics at the Bottleneck on Friday happened to fall on Inauguration Day. They did not disappoint. Their vocalist, who generally sports a flair for theatrics during the band’s sets, appeared dressed as our newly-elected President. Donning an oversized suit, he delivered a confusing monologue about the venue complete with inaccuracies. He then drank some, uh, mysterious yellow liquid from a large jug. When he turned around, you could see a sign taped to his back that read “Impeach Me.” But since he’s never been one to keep his clothes on during a performance, the layers started to come off. This revealed another sign taped to his back, one that read “No Really, Impeach Me”– and by the end of the set, he wore nothing more than a shirt with the words “Donald Dump” scrawled across it and a pair of bicycle shorts showing a picture of a dick.

The band dubbed their performance “The G-O-PEE-PEE Party,” and dedicated every profanity-laced song to the 45th President in an attempt to “Make America Urinate Again.”

If you enjoy this type of temperament and brazen political statements, you can see Stiff Middle Fingers live at the Replay on February 11th when they raise money for Lawrence Field Day Fest.