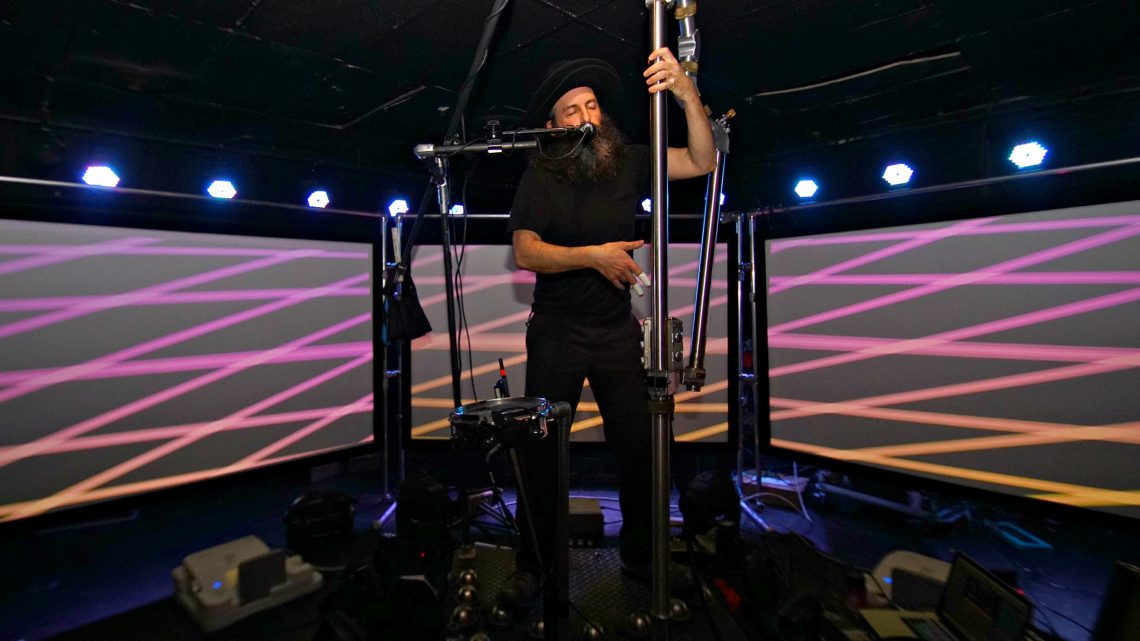 That 1 Guy / Photo by Fally Afani

It was perhaps the most artistic and innovative one-man-band you’ll ever see. In the music scene, it’s easy to feel like we’re surrounded by the same musicians doing the same thing all the time. That’s why it was such a breath of fresh air when That 1 Guy blew through the Bottleneck with his wild and stimulating set. 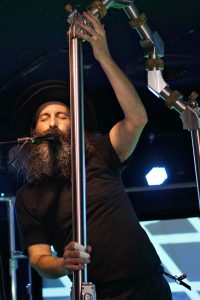 That 1 Guy / Photo by Fally Afani

The act comes via mad scientist Mike Silverman, a classically-trained musician who went the not-so-classical route. He invented a new instrument of sorts, one that consisted of a series of tubes and space noises. To top it off, his rig comes with lights and projections and all sorts of little tools that he hits, slaps, and stomps on. The result was a sound that was somewhere between slap bass and a space didgeridoo.

At his feet were a series of big silver buttons he stomped on periodically throughout the performance, each making a different noise. The image of him stomping on his box (along with his hefty beard and hat) reminded us of a cyber version of Tyler Gregory. He had to use every part of his body for this instrument, every appendage. He clinked, he clanked, he tinkered, and he clunkered– all while lights and images shot out all over the audience (they reacted like cats to a lazer pointer, chasing both the images and the sounds).

That 1 Guy is well-loved by his fans. They whooped and hollered at anything that tickled their fancy, as well as reciprocated a sort of battle cry he emit at the beginning and end of certain songs. He was so admired by his peers. Here was an absolute madman with a completely unique instrument (sort of like Frankenstein’s monster), one that only he knew how to master. Don’t you just miss art and creativity? This guy was overflowing with it. At one point, he even plugged in a boot and played it! With the ingenuity that he sported, it’s no wonder the Bottleneck came alive on a Tuesday night in the middle of the winter.