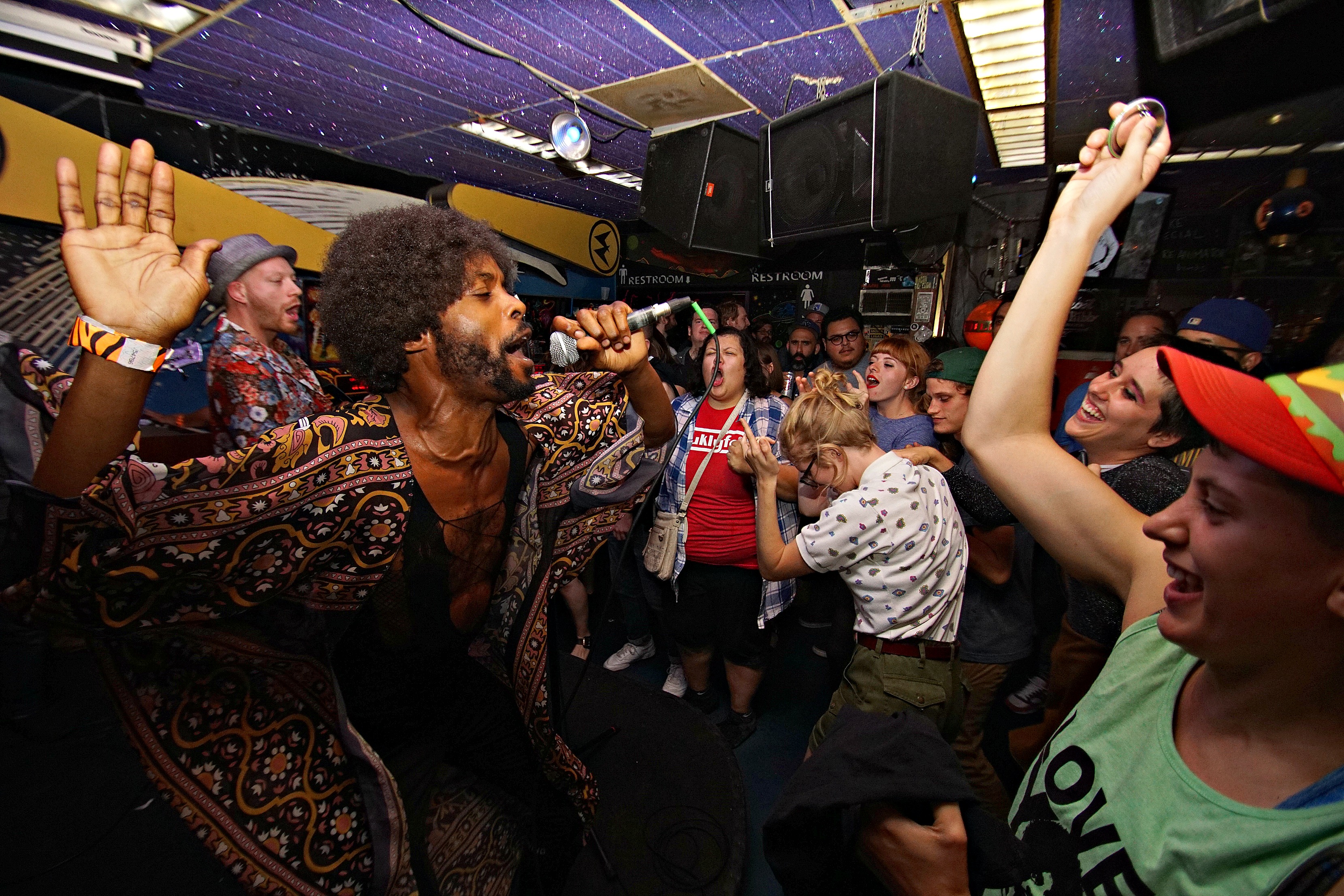 Puscie Jones is, without a doubt, the raddest and baddest performer around.

This was clear on Friday night, when the Replay’s dance floor became an orgy of bliss, culminating in a euphoric get-down thanks to the soul and funk jubilation the band brought to the stage. Puscie channeled James Brown but with a whole new level of unmatched energy, complete with costume changes that ranged from what we think was a Care Bear suit right down to a finale in sparkly booty shorts. Sometimes it felt like his feet never touched the ground, he was so spritely. Every jump, shimmy, and slide drove the crowd mad— they applauded and squealed with absolute elation at his every move. If the boogying didn’t energize and revive your body, soul, and mind, the lyrics did. Puscie tackled anything from weed to queerness, it was all on the table.

The dancing was unreal, a get-down of grand proportions demanded by our commander-in-funk, Puscie Jones. Nobody’s hips were safe, and there was love aaaaaaalll over that dance floor (haha, ewwww). It was complete, unapologetic happiness in a year that has been complete shit. The glee! The delight! The sequin-covered bliss! We guarantee that when you look back on the catastrophe that was 2017, you’ll be grateful that the Puscie Jones Revue came through for you. If you were at the Replay on Friday, it was likely the most magical night of your God damn lives.