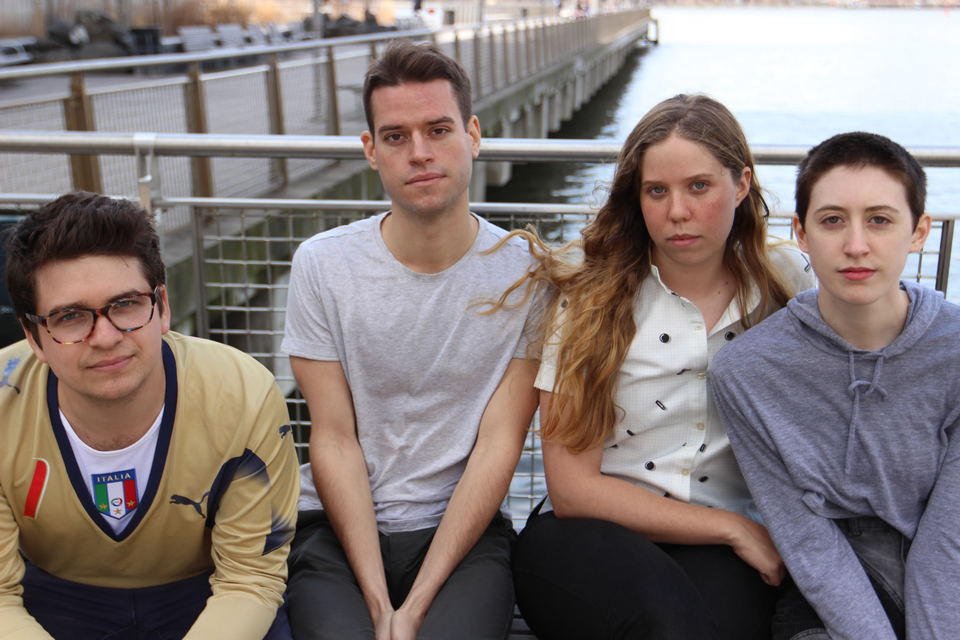 Greta Kline is a never-ending source of new songs. The New York City-based musician started feverishly writing songs, and uploading them to Bandcamp, at the age of 15. A few releases and reincarnations later (most notably as Ingrid Superstar), she now performs with her band, Frankie Cosmos. The group is set to bring their bedroom-pop performance to the Bottleneck on Wednesday.

Before landing on Sub Pop, the songwriter was knee-deep in home recordings and the DIY scene. Kline says this is what kept her close with her audience. “I think growing up going to DIY shows and starting out touring, booking everything myself and playing at houses and stuff, I’m just really used to there not being a barrier between musicians and audiences,” she says. “It feels kind of weird when there is one.”

Kline has had plenty of time to get intimate with her audience. She was the driving force behind the early days of her music career, booking her own tours and rubbing elbows with different scenes across the U.S. While her career is moving forward, Kline says it’s those intimate tours that stuck out. “I think having grown up in a city with so much access to all ages music/art scenes, I didn’t realize that it was so special,” she confides. “But once I started touring, it blew my mind how amazing it is that people forget those scenes for themselves in small towns that don’t have venues like that (especially people who throw shows at their houses).”

Kline has a come a long way since house shows and the DIY scene. You can see her with Frankie Cosmos and Ian Sweet on Wednesday, September 27, at the Bottleneck.

Next post Toy Town: How one musician's obsession turned into a business