Toy Town: How one musician’s obsession turned into a business

Toy Town: How one musician’s obsession turned into a business 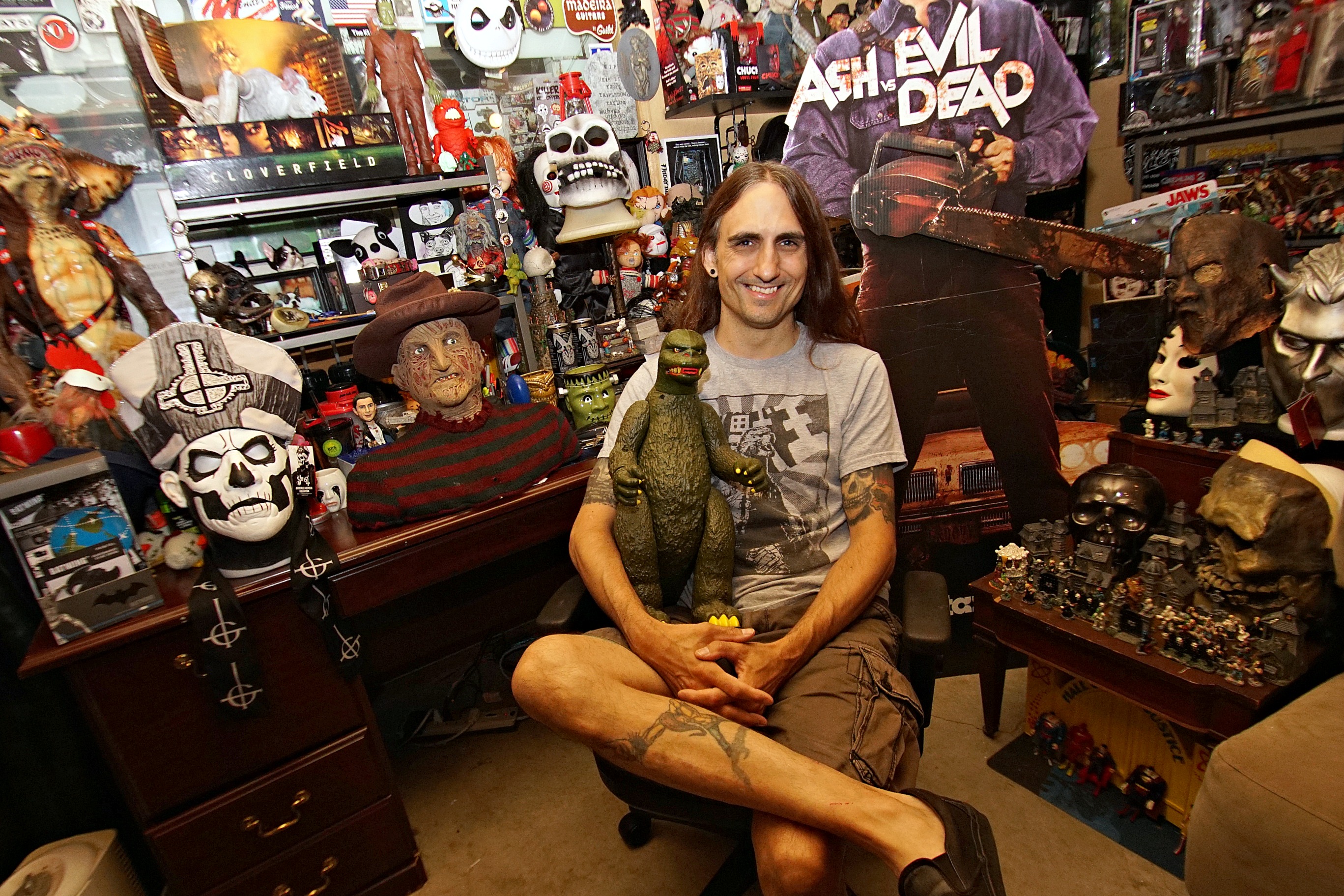 FacebookTweetLinkedInPin
We’ve run into our fair share of musicians who share a love of collecting toys, but Terry Taylor takes the cake.

You may recognize him as not only the bassist for Hammerlord, but one of the busy bees behind the music scene. He spent years as a show promoter in Lawrence, and was the head honcho behind the yearly Halloween show Hammerween. But this year, he’s putting all his efforts into the Ad Astra Toy Arts Fair, an all-day event for toy collectors at Liberty Hall.

After Hammerlord’s drummer suffered an injury, the band took a back seat and Taylor focused on his medical career. But he knew he would feel a void in the Fall with the absence of Hammerween. “Now that Hammerlord’s in hiatus, this year I didn’t have anything to concentrate on,” he confides. “My wife and I talked about doing a yearly event that wasn’t music based, so we came to the idea of doing a toy fair rather than a comic con.” Taylor didn’t want to keep the event strictly to toy vendors, so he opened it unto artists in the area as well. “There’s a lot of conventions in Kansas City, Wichita, Manhattan, and Topeka— and we do have a Lawrence event, Free State Fest, that happens every year. But a lot of people expressed to me, we all wanted something that was a little more toy-based than a comic book, superhero-based event.”

Toys are Taylor’s specialty. Buried deep within the Barker neighborhood, his home hosts what he calls “his man cave,” though it’s hardly a cave. Far back in his yard is a separate structure, and upon entering the building you’re met with a child’s dream. Every square-inch of the space is covered with toys (both vintage and new). There’s barely any space to walk amongst the puppets, cut-outs, and dolls— yet Taylor shimmies up and down the small aisles to excitedly point out pieces of his collection (many of them horror-movie based).

While a lot of the toys are from within the last decade, he has been collecting since he was a child. “I was always into Halloween as a little kid,” Taylor admits, crediting his parents with getting him hooked on Halloween movies early on. “My horror thing progressed into collecting toys at a young age— little Draculas, little Burger King Toys you would get, but all horror-based.” Eventually, the music scene started calling and he sold almost his entire collection to move to Lawrence 14 years ago. “I sold thousands of dollars of toys to move here, then slowly started rebuilding my collection again,” he says before conceding “The obsession’s always there.”