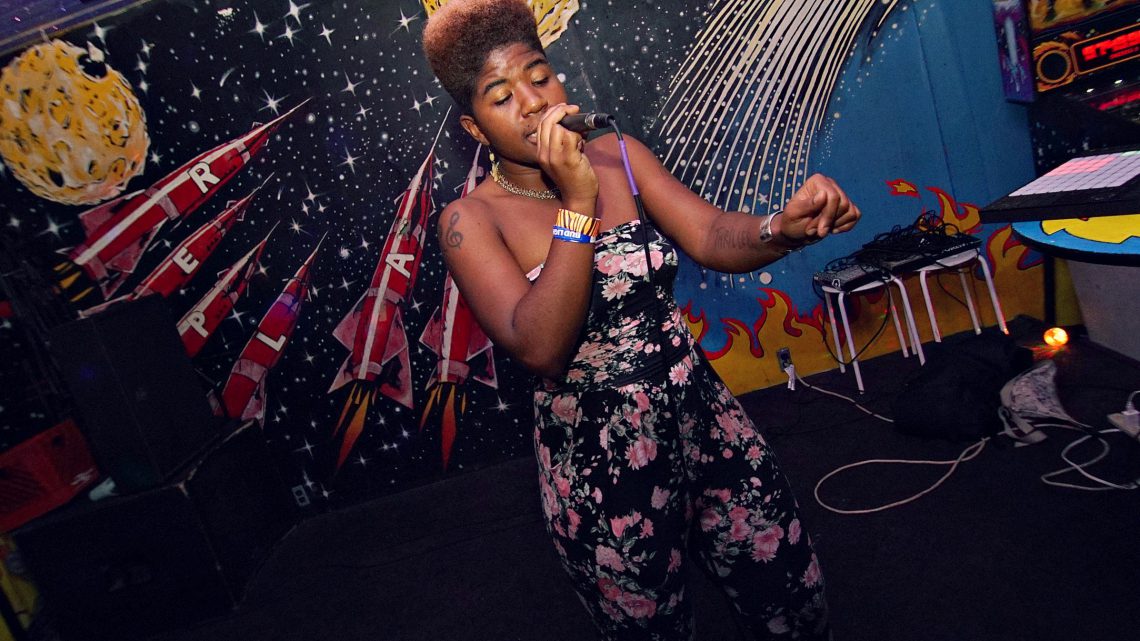 In Hollywood, there are best friends, and there are leading ladies. Khrystal can do both.

The Kansas City R&B artist has all the confidence of a leading lady, and all the allure that makes anyone yearn to be her best friend. At the Replay on Wednesday, she was so bright-eyed and full of personality, working a crowd in no time at all and speaking directly to “carefree black girls.” She’s the commander of our hearts and the mistress of fun the scene needs right now.

This was a special night, as it featured Seattle’s Sassyblack, one-half of THEESatisfaction and the self-proclaimed Goddess of “hologram funk.” Her rich tenor and drawn-out vibrato had the crowd planted in front of her for the entirety of her set. She was both the queen of chill and comedy at the same time, talking up a storm about anything from musical tricks to small boobs.

Party-boy Rick Maun closed out the night with his jokester vibe. He’s fond of messing with his vocals and bouncing about every corner of the stage. His performance featured equal parts rapping and messing with his gadgets. The man is all fun and games and, like Khrystal, worked a crowd with very little assistance.

Next post I watched Dead Cross at Liberty Hall, and Mike Patton spit on me

Previous Article Thundercat brings the funk to the Granada