Thundercat brings the funk to the Granada

Thundercat brings the funk to the Granada 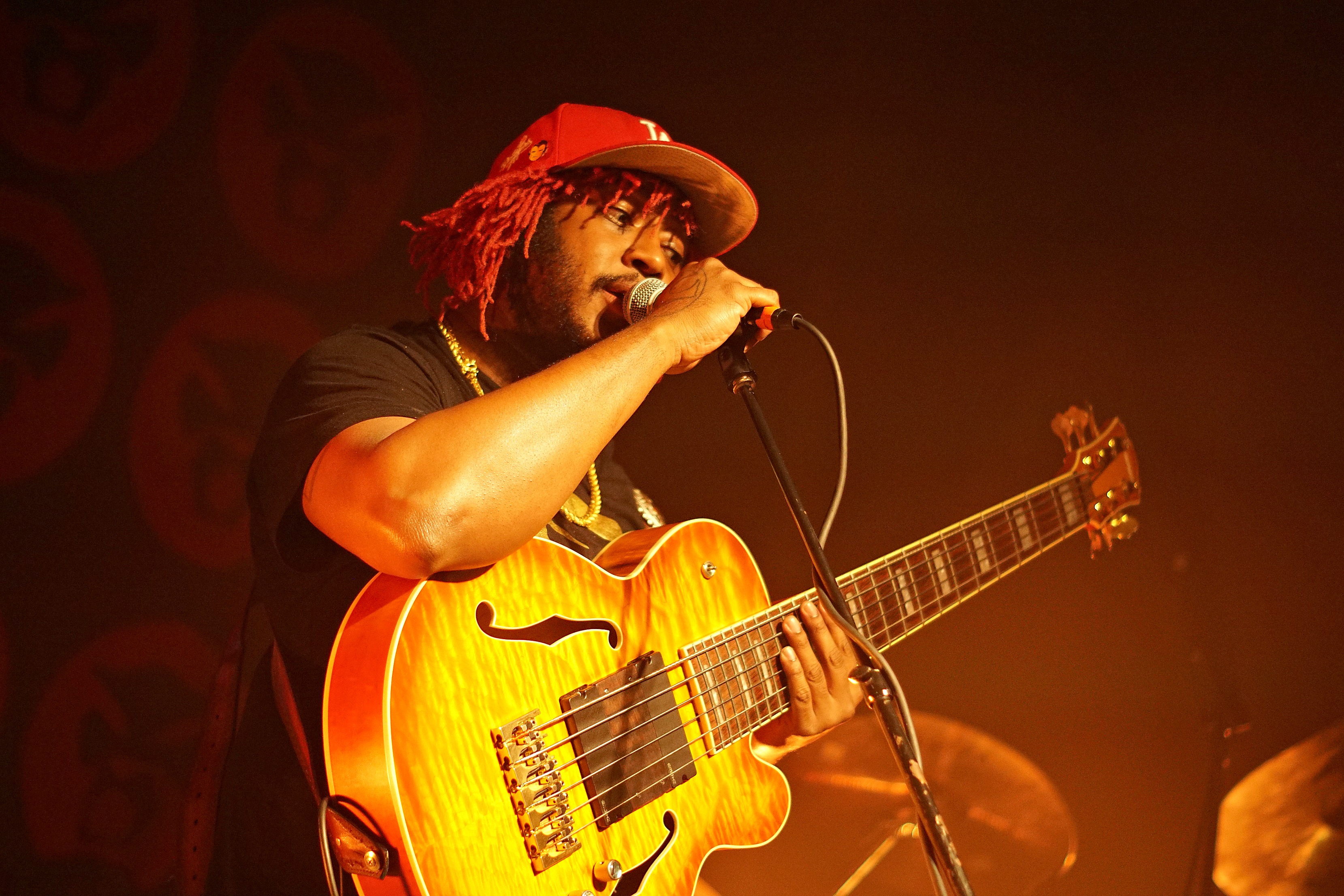 There’s absolutely no denying that Thundercat puts on one of the funkiest and jazziest shows around.

The man less formally known as Stephen Bruner brought his spotlight-bass and crooning vocals to the Granada Wednesday night, backed by gorgeous lights that sometimes projected his logo across the venue. Everyone was lit up, bringing the intimacy of a nearly sold-out show into the open. Performing songs off his recently released Drunk, every tune was occasion to dive into a lengthy, dance-fueling jam. His full band wailed behind him, providing those far out spacey noises everyone loves. He was completely playful with his rhythms, making every song unique and an opportunity to live in the moment.

Bruner is a bassist with an extensive career with notable musicians. This runs in the family, as his father played with The Temptations and The Supremes, while his brother leaned more towards the hardcore scene with Suicidal Tendencies. Thundercat, though, has been around the musical block with anyone from Kendrick Lamar to Flying Lotus. You’d never expect such a young, hip crowd to pack the Granada for funk and jazz bands, but his humble and charming personality helped push his astounding musicianship to the top of everyone’s lists this year.